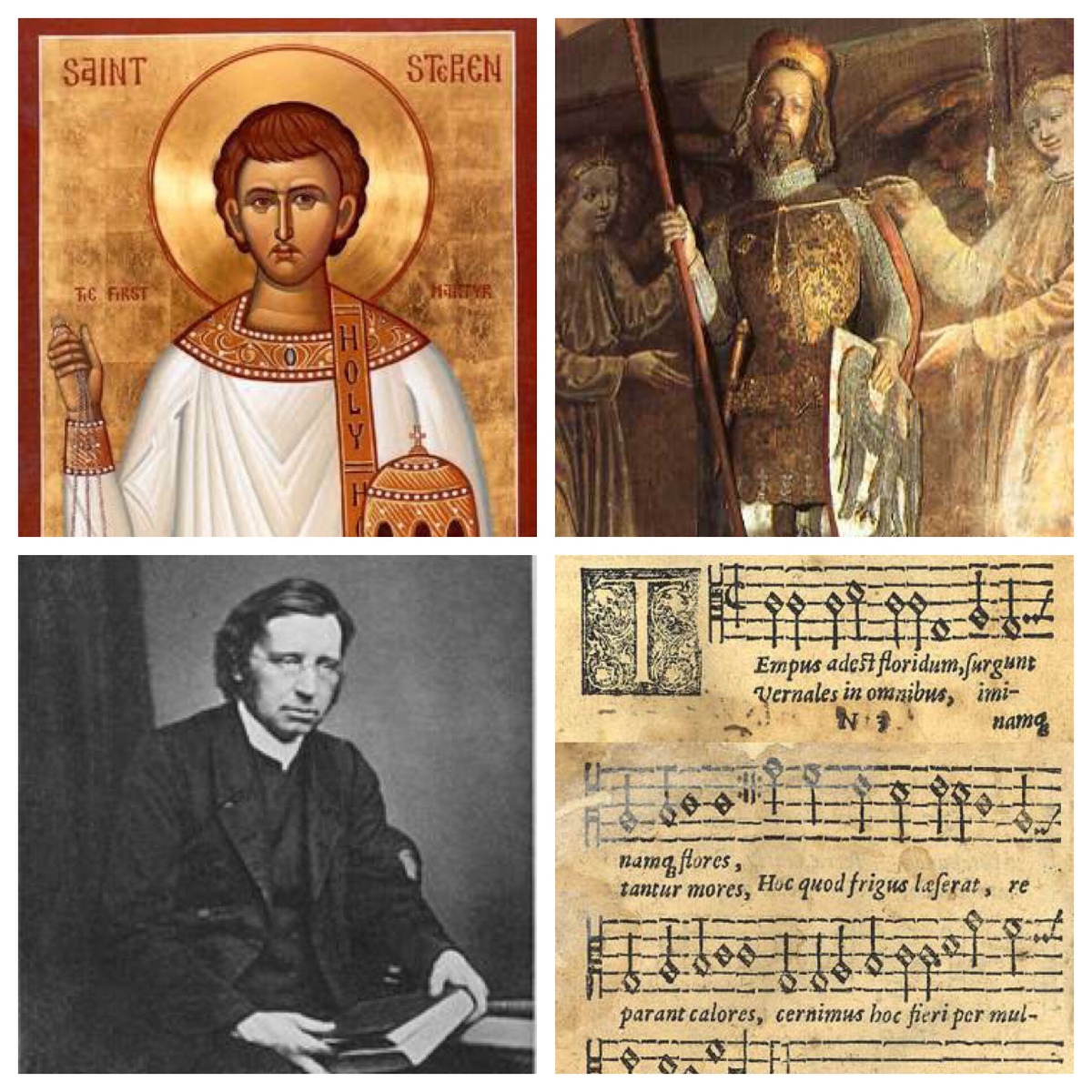 Today is the second day in the season of Christmas, which technically runs from 25 December to 5 January. This day brings together an unlikely combination of characters, worth pondering.

As it is the Feast Day of St Stephen, we remember one of the first followers of Jesus: the hellenised Jew who was one of seven disciples in a Jerusalem appointed to the diaconal ministry of serving at table. Unfortunately, Stephen fell into conflict with “some of those who belonged to the synagogue of the Freedmen (as it was called), Cyrenians, Alexandrians, and others of those from Cilicia and Asia” and, after delivering a passionate speech (the longest speech recorded in Acts), he met his death by stoning. Stephen is remembered as one of the first Deacons as well as the first Christian martyr, and is honoured as a Saint.

Alongside Stephen, stands Václav, Duke of Bohemia in the tenth century. We know him as Good King Wenceslas, courtesy of a Christmas carol that tells about him as he went on a journey on this day, 26 December. Václav (Wenceslas) braved harsh winter weather, to give alms to a poor peasant. During the journey, as his page is about to give up the struggle against the cold weather, he is enabled to continue by following the king’s footprints, step for step, through the deep snow. Václav was later murdered, canonised as a Saint, and declared to be a King.

The third figure to note today is the English hymnwriter, John Mason Neale. Neale was an Anglican priest who translated some key ancient Latin hymns. We sing a number of hymns for which he penned the words (Good Christian men, rejoice; O come, o come, Emmanuel; Of the Father’s heart begotten; All glory, laud and honour). Neale is not included in the church’s calendar of saints, however.

In 1853, Neale wrote the lyrics to Good King Wenceslas in collaboration with his music editor Thomas Helmore, and the carol first appeared in Carols for Christmas-Tide” in 1853. It tells a ripping good tale about the compassion and charity demonstrated by the medieval Bohemian Duke.

Neale did what many writers of words for hymns and carols did: he chose an existing tune as the basis for his words. He set his lyrics to the melody of a 13th-century spring carol Tempus adest floridum (“The time is near for flowering”) first published in the 1582 Finnish song collection Piae Cantiones.

The punchline to the hymn neatly encapsulates the Gospel: ye who now will bless the poor shall yourselves find blessing.

So the fourth figure to note today, is Jaakko Suomalainen, a clergyman who was the headmaster of the cathedral School at Turku in Finland. In 1582, under his latinised name, Jacobus Finno, he published a collection of late Medieval Latin hymns, the Piae Cantiones ecclesiasticae et scholasticae veterum episcoporum (in English, “Pious ecclesiastical and school songs of the ancient bishops”). Because of this publication, Neale was able to set his words to the medieval tune we sing today.

So, thanks to these four for their contributions to this day: the faithful martyr, Stephen; the compassionate and generous Václav; the studious lyricist J.M. Neale; and the musical historian, Jaakko Suomalainen.

On the feast of Stephen,

When the snow lay round about

Deep and crisp and even;

Brightly shone the moon that night

Though the frost was cruel,

When a poor man came in sight,

‘Hither, page, and stand by me,

If thou know’st it, telling

Yonder peasant, who is he?

Where and what his dwelling?’

Right against the forest fence,

‘Bring me flesh and bring me wine,

Thou and I will see him dine

When we bear them thither.’

Page and monarch forth they went,

Forth they went together,

Through the rude wind’s wild lament

And the bitter weather.

‘Sire, the night is darker now

And the wind blows stronger;

Fails my heart, I know not how,

I can go no longer.’

‘Mark my footsteps, good my page,

Tread thou in them boldly:

Thou shalt find the winter’s rage

In his master’s steps he trod,

Where the snow lay dinted;

Heat was in the very sod

Which the Saint had printed.

Therefore, Christian men, be sure

Ye who now will bless the poor

Shall yourselves find blessing.