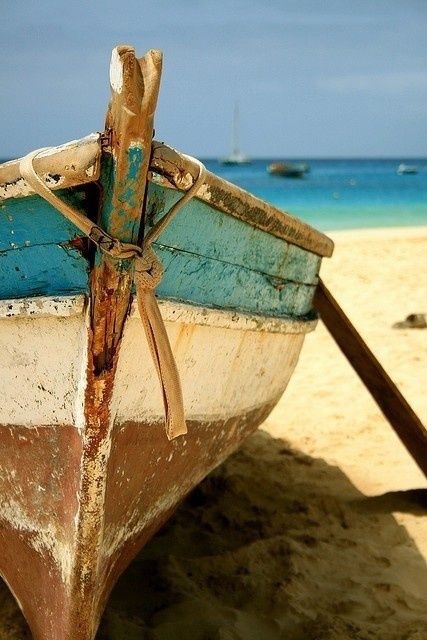 Once while Jesus was standing beside the lake of Gennesaret, and the crowd was pressing in on him to hear the word of God, he saw two boats there at the shore of the lake; the fishermen had gone out of them and were washing their nets. He got into one of the boats, the one belonging to Simon, and asked him to put out a little way from the shore. Then he sat down and taught the crowds from the boat.

When he had finished speaking, he said to Simon, “Put out into the deep water and let down your nets for a catch.” Simon answered, “Master, we have worked all night long but have caught nothing. Yet if you say so, I will let down the nets.” When they had done this, they caught so many fish that their nets were beginning to break. So they signaled their partners in the other boat to come and help them.

And they came and filled both boats, so that they began to sink. But when Simon Peter saw it, he fell down at Jesus’ knees, saying, “Go away from me, Lord, for I am a sinful man!” For he and all who were with him were amazed at the catch of fish that they had taken; and so also were James and John, sons of Zebedee, who were partners with Simon.

Then Jesus said to Simon, “Do not be afraid; from now on you will be catching people.” When they had brought their boats to shore, they left everything and followed him.

Like the story that we heard last week, this week’s story from the book that Luke wrote about Jesus, has a key significance. As he read—or perhaps listened to—the Gospel we know as Mark, the author of Luke would have encountered a brief account of how Jesus called his first four followers, Peter and Andrew, James and John. We know this story from chapter 1 of Mark’s Gospel; Luke takes this, expands it, develops it into a compelling story, and focuses in on just one character in the story, that of Simon Peter.

Mark placed this story right near the start of his account, which makes sense, as it tells of the early stages of forming the community of disciples, who journeyed around Galilee with Jesus. Mark, I believe, tells this story as an example of what discipleship means, since discipleship, or following Jesus, is a key theme in his short Gospel. In telling this story, he gives few details beyond the basic elements. The emphasis is simple: “come, follow me”.

The first thing worth noting is this: Jesus calls people to follow him, not to join a church. The idea of a church as a gathering of the followers of Jesus took some time to develop. Church as we know it today was an unknown entity at that time. Faithful Jews gathered in synagogues, pious pagans worshipped their own gods and goddesses. There was organised religion, but no Christian church.

The earliest followers of Jesus were Jews, as was Jesus, so he relates to them in the way that a Jewish teacher did. He called them to follow him, to spend time with him, to walk with him, and to learn with him. He called people, men and women, to become disciples, not to join as members. For members belong; it can simply be a passive role. I am a member, I show my membership card, I pay my membership dues, and the staff look after me.

By contrast, disciples do; it is an active role, for disciples walk, listen, learn, and act in accordance with what they learn. You may know that in Greek, the original language of the Gospels, the word for disciple is a derivative of the verb to learn. Disciples are learners. Following Jesus means, not joining as a member and being comfortable in your club, but setting out on a journey as a disciple, a fellow-traveller, a learner along the way.

So, the story that Luke receives from Mark has discipleship at its heart—being a follower, a learner. “Come, follow me”, Jesus tells the fishermen. And they leave their fishing trade to follow him and learn from him.

But Luke expands the story and develops it, so that it becomes a case study in leadership. For Luke, it is not only a matter of following Jesus, being a disciple, a learner committed to Jesus. For disciples are training to move on, from learning to leading. In Luke’s hands, this becomes a story about leadership, and it introduces a key theme for him: how those first disciples moved from being learners, to become leaders.

This account offers, not just a call to ”follow me”, but a charge, to become “fishing for people”. And those who follow Jesus are charged, not with leaving their fishing jobs, so much as bringing the skills that they have, as fishermen, into the journey of discipleship that they now undertake.

The focus in Luke’s account is on Simon Peter, who, as we know, would become a leader in the early church after the death of Jesus. We have a somewhat skewed view of Peter, through the lens of Paul, who writes about his encounters with Peter, and also James, when Paul, with Barnabas and Titus, visited the church in Jerusalem, and then, some time later, when Peter came to visit Paul in Antioch.

You might recall, from Galatians 2, that this encounter was a rather fraught affair; “when he came to Antioch, I opposed him to his face”, writes Paul, accusing him of “not acting consistently with the truth of the gospel” and leading people astray through his hypocrisy. Don’t let anyone ever tell you that early years of the church were the ideal golden age!!

But, as we know from other parts of the New Testament, Peter did rise to prominence amongst the disciples, and was a leader in the church in Jerusalem. The story which Luke tells provides an explanation for this. From the earliest time, Jesus had his eye on Peter as a potential leader.

Peter, for his part, was so struck by the presence of Jesus with him; he falls to the ground and confesses his fear—not the action at this point of a decisive leader, to be sure. Yet Peter acts as all good Jews of the day would do, when encountering the presence of the divine in all its power and glory. Think of Moses before the burning bush, or Isaiah in the temple, for instance. Think of Samuel, lying before the ark of the covenant, or a David, later on, with that ark, on the day that Uzzah was struck dead for touching the ark. Each one was mightily afraid. Each one metaphorically fell to the ground, dazzled by the divine presence. So, too, does Peter.

Jesus responds by telling Peter, “Do not be afraid; from now on you will be catching people.” The same motif as in Mark; but placed into this context, it has a deeper resonance, not just as a call to learn from a rabbi-teacher, as in Mark, but a call to respond to the divine, taking up a vocation of leadership in the newly-emerging movement forming around Jesus.

The call on Peter echoes, today, for us. It may well be that, for us, when we encounter the divine in the person of Jesus, we are called to move from being learners in the fellowship of the church, to take up leadership roles within the church.

Jesus, starting a movement to renew faith, discerned the need for others to work with him, identified potential leaders and invested in them. He gave them an intensive period of training in being leaders (that’s what the Gospels tell us; by tradition, it was for three years.) Together, they were called to proclaim the kingdom and live as if the kingdom were indeed a reality in their lives. That same call reaches out to us, today.

For other Luke posts, see