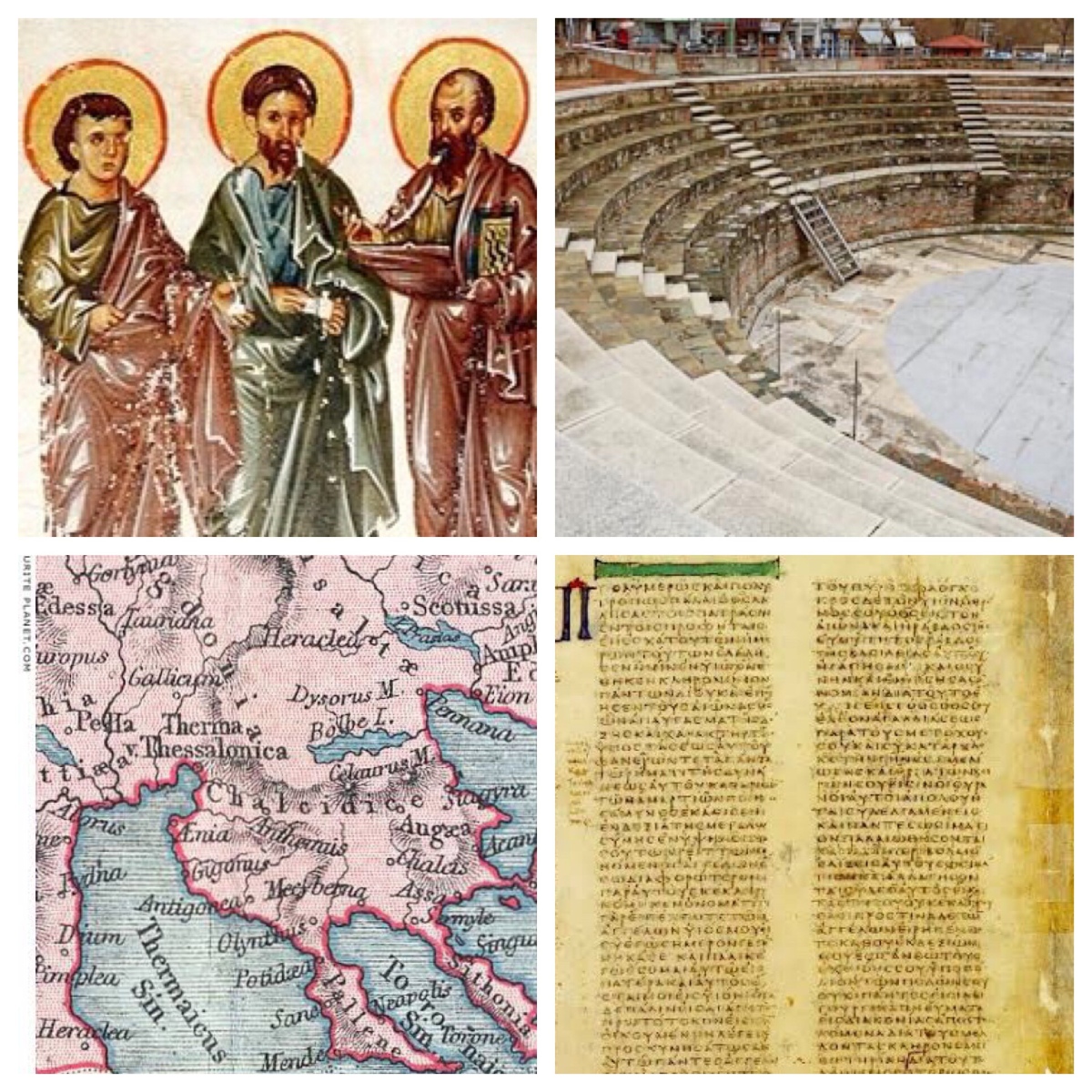 Paul, Silas and Timothy arrived in Thessalonika in the year 50 CE. Acts indicates that they went to the synagogue, where Paul declared that the Jewish scriptures pointed to Jesus as Messiah (Acts 17:2–3). This stirred up antagonism amongst the Jews of the city (Acts 17:5).

Those who accepted Paul’s message, realising that he was just recovering from the experience of prison in Philippi (Acts 16:19–24), sent him and Silas on to their next stop in Beroea after only three weeks in Thessalonica (Acts 17:2). Paul then travelled to Athens (Acts 17:15) and Corinth (Acts 18:1).

Little of this is reflected in Paul’s letters to the Thessalonians, apart from a direct comment about his difficulties in Philippi (1 Thess 2:2) and some generalised references to the persecution he was suffering (1 Thess 3:4, 7). Although it is likely that Paul wrote letters before he had visited Thessalonica, none of them are known to us.

1 Thessalonians, dating from the same year (50 CE) as his visit to Thessalonica, is the earliest example of Paul’s letter writing that we have. The letter itself contains no explicit indication of the time or place of its writing; tradition has it that Paul wrote from Athens, although it is more likely that he penned it in Corinth just months after his departure from Thessalonica. His visit was still fresh in Paul’s mind, and he writes with love and concern for the community of believers that he left behind in Thessalonica.

It is obvious that Paul had developed a strong bond with this community, and he is anxious to keep in touch with them (3:5). The letter was in reply to what he had learned from Timothy about their recent progress (3:6).

The letter known as 2 Thessalonians appears in the lectionary this Sunday and in the two following weeks. It seems to run in parallel to 1 Thessalonians in a number of ways. Some of the themes from the first letter are replicated, and varied, in the second letter to the Thessalonians:

However, the commonality of both general themes and specific words and phrases leads to a question about the relationship between these two letters: is this stylistic variation on common themes written by the same author, or a deliberate attempt to copy the first letter by another scribe at a later date?

The letter concludes with an insistence that it was written by Paul: “I, Paul, write this greeting with my own hand” (3:17). At first glance, this looks similar to the reference to Paul’s “large letters” in his “own hand” at Gal 6:11; but this is a brief passing comment, whereas the claim is laboured in 2 Thessalonians by the addition of extra phrases, so that we start to have a sense of “methinks he doth protest too much”.

In my assessment, then, these differences mark 2 Thessalonians as coming from a different hand, in a situation where different issues were at stake. It appears to be a later imitation of 1 Thessalonians.