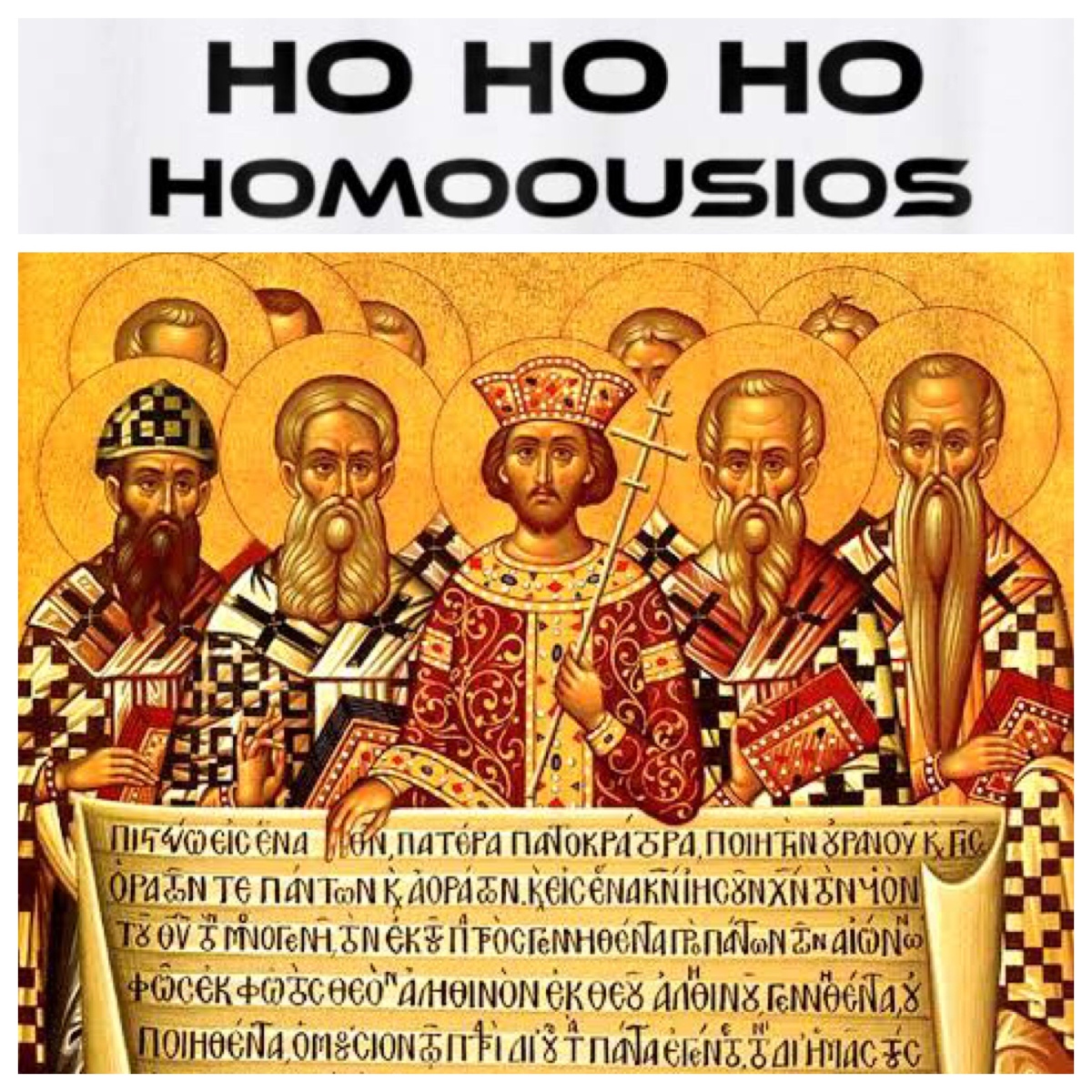 Last year I created my own contribution to the festive cheer, in the words below. I am offering it up this year with my tongue still firmly in my cheek.

As I listened to the mesmerising schloppp of the muzakked carols during my occasional forays into the shopping malls, and pondered the calls to put Christ back into Xmas, I thought that it was about time to finish the job that some of the traditional carols have only just started.

References to “Word of the Father now in flesh appearing”, and “Veiled in flesh the Godhead see”, are just the start. Explanations about the one who “abhors not the Virgin’s womb” really need to be expanded and developed. “Hail the incarnate Deity” needs to ring through all of our carolling. Surely, the carols we sing should joyously and vigorously affirm the fullness of our faith!!

With this in mind, in the spirit of the Wesleys (who took popular tunes and put Christian hymn lyrics to them), I have grabbed Jingle Bells by the short and danglies, and consulted with my resident critic and editor-in-chief, who has made sure that the verses, at least, conform to the scheme of rhyming pairs.

I therefore present the following offering, inspired by all that the Nicene-Chalcedonian tradition provides. And, in the spirit of this tradition, there is a special verse dedicated to the oft-overlooked Appendix to the Creed, which calls down a curse (an anathema, in Greek) on the heretics and their views.

Let the Homoousions rise to the heavens!

Dashing through the mall

Buzzing to and fro.

But where can Jesus be?

This is what we need:

Three in one and one in three,

Human being, he became:

Back in three two five,

Faced a mess of views,

which he needed to redeem.

Sort it once for all!”

And so the bishops did their job,

made a snappy Creed catch-all.

Though the bishops came,

met, and made a Creed,

So the Creed was stretched

To include some words

That ensured the views they held

Would damn them all with verbs:

Let them be accursed!

If they say “from naught he came”,

Let them be condemned! Hey!

If they claim “he’s changeable,

of quite another substance”,

Let them be condemned, we say,

Cast them out of church!

The sections of the Nicene Creed which have informed this offering are:

We believe in one Lord Jesus Christ,

the only Son of God,

begotten from the Father before all ages,

of the same essence as the Father.

Through him all things were made.

For us and for our salvation

he came down from heaven;

he became incarnate by the Holy Spirit and the virgin Mary,

and was made human.

‘There was a time when he was not;’ and ‘He was not before he was made;’ and ‘He was made out of nothing,’ or ‘He is of another substance’ or ‘essence,’ or ‘The Son of God is created,’ or ‘changeable,’ or ‘alterable’— they are condemned by the holy catholic and apostolic Church.

3 thoughts on “Putting the Homoousion back into Christmas”