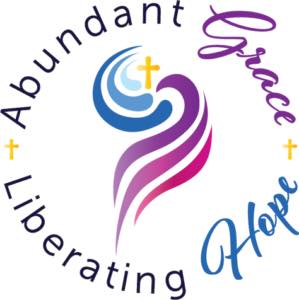 The Uniting Church has a long engagement with matters of sexuality, stretching over more than thirty years of conversation. The most recent stage in that process took place in the middle of July, at the meeting of the 15th national Assembly. In decisions made at that meeting, the church has decided to move forward on the issue of marriage of same-gender couples.

This was the first national meeting since last year’s change to Australian marriage laws, so there was a clear opening for considering the church’s understanding of marriage, and to move to permit the marriage of same-gender couples within Uniting churches.

Sexuality has long been discussed in the Uniting Church. You can read a brief summary of some of the key moments of that discussion, in this blog by my colleague Avril Hannah-Jones, at https://revdocgeek.com/2018/07/16/reflection-my-chains-fell-off-my-heart-was-free/

Marriage, particularly with reference to the marriage of same-gender couples, has been under active consideration for the past six years, through a series of working groups and reports and conversations. So the meeting in July was set to give concentrated attention to this matter.

By the end of an intense week of deliberation and debate, the Assembly resolved to allow Uniting Church ministers and authorised celebrants the freedom to conduct or to refuse to conduct same-gender marriages. Another of my colleagues, Graham Perry, has reflected on the process of the week at https://grahampez.wordpress.com/2018/07/16/the-assemblys-decision-on-marriage-a-personal-reflection/

The key theological element in this process was the recognition that, amongst the members of the Uniting Church, there is “a diversity of religious beliefs and ethical understandings” in relation to marriage.

The Assembly determined that “the Church is able to accept this diversity within its life and make the decisions necessary to enable its ministry and members to act with integrity in accordance with their beliefs”.

This affirmation of diversity is strategically significant. It speaks of who we are—as people of the church, and as people in the wider society in which we live.

So, the Church will hold two equal and distinct statements of belief on marriage, to honour the diversity of Christian belief among members. The Uniting Church’s existing statement of belief on marriage is retained—that “Marriage for Christians is the freely given consent and commitment in public and before God of a man and a woman to live together for life”.

Alongside it, a new additional statement of belief has been adopted. That statement reads: “Marriage for Christians is the freely given consent and commitment in public and before God of two people to live together for life.”

The process of arriving at this decision was complex and emotional. No less than eight proposals relating to this topic were introduced on the Monday. Many members of the Assembly had the opportunity to speak to the key proposals in plenary sessions. By my reckoning, almost one quarter of the membership of Assembly took the opportunity to speak in these plenary sessions. That is an amazingly high proportion for meetings like this!

Two full sessions of the Community Working Groups were allocated for small-group consideration of the proposals. These were groups of 10-12 people which met four times during the week, to share their personal responses to key proposals and to discuss what feedback they would like to offer to the full Assembly. The process used in each group ensured that a space for grace was established,so that each member was able to offer their personal perspective, be heard in a respectful manner, and thus contribute to the total process of discernment that was taking place in the Assembly meeting.

All the written comments from these Community Working Groups were made available to members of the Assembly, on the Assembly app, for their consideration prior to the decision-making session on this matter. Every voice was heard, reported, and considered. There was no censoring of points of view.

Then, meeting in plenary session, members of Assembly heard advice relating to specific theological and legal matters, from those within the church specifically qualified to give this advice. A debate took place after this, during which many members of Assembly contributed their thoughts. The final proposal on marriage (Proposal 64) was adopted by a significant majority, by formal agreement after a written ballot was held.

An unconfirmed minute of the proposal which was adopted has been posted on the Assembly website, at https://uniting.church/unconfirmedminute/

A Pastoral Letter from Dr Palmer relating to this decision has been sent to all congregations and faith communities, with translations being made into eight languages other than English. The letter can be read at https://uniting.church/pastoralletter/

Past President Rev. Prof Andrew Dutney has also shared a theological reflection on unity in diversity, at https://uniting.church/a-reflection-on-the-marriage-decision/

My own reflections on this decision are offered in other posts on this blog which address specific elements of the decision:

The Word of God, Scripture, and Jesus Christ

In summary, I believe that it is perfectly possible for faithful followers of Jesus, living in the 21st century, to hold to the view that the marriage of same-gender people can be justified theologically in terms of how we understand and express our faith), biblically (in terms of how we read and interpret the scriptures), and pastorally (in terms of how we live out our faith as a welcoming, inclusive community of faith, demonstrating the grace of God in our common life).

I believe that coming to this decision was a process through which members of Assembly engaged their hearts, minds, and spirits, their ears and their voices, in prayerful discernment of this issue. We were seeking to make a decision that was consistent with our commitment to an informed faith (as the Basis of Union declares), and so, we listened to voices of science, psychology, sociology, legal studies, theology, biblical studies, and more. The outcome provides a clear way by which we can now confess the Lord in fresh words and deeds (again, quoting the Basis of Union).

6 thoughts on “A diversity of religious beliefs and ethical understandings”