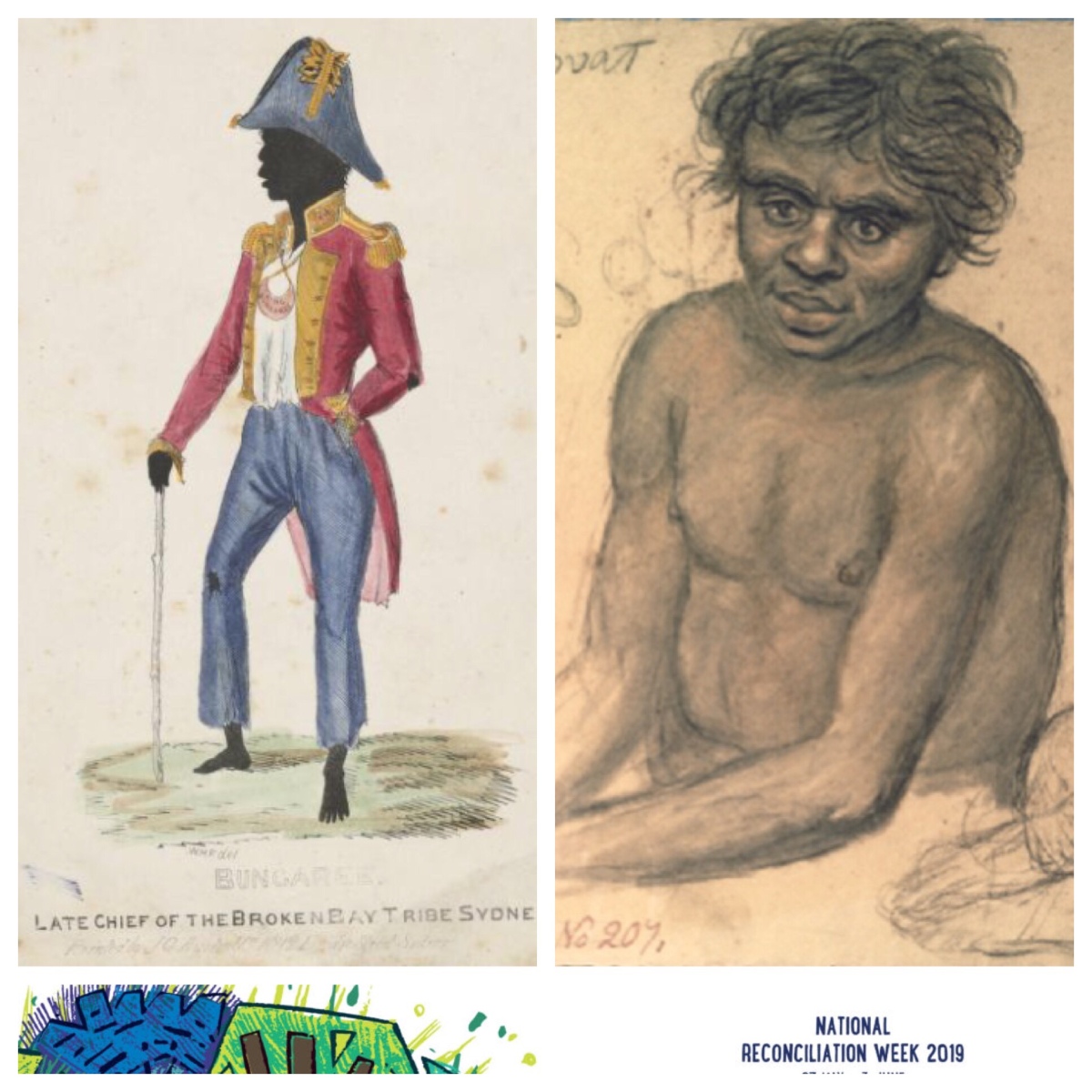 Paul Irish, in his recent book, “Hidden in Plain View”, introduces us to various Aboriginal people who are noted on a number of occasions in the early colonial records. One of them was Bungaree (1770s-1830), who came from the area we know as Broken Bay, at the northern end of “Coastal Sydney”.

Bungaree, or Boongarie, was born around the time that the First Fleet was being gathered together in preparation for the long trip to the Great South Land. As an adult, he adopted the role of a mediator between the invading British colonists and the Aboriginal people. He sailed in that capacity with Matthew Flinders, becoming the first Australian to circumnavigate the continent on that voyage of 1802–03.

In mid-life he found a patron in Governor Lachlan Macquarie, who made Bungaree ‘Chief of the Broken Bay Tribe’, set aside land and gave him a boat for fishing. In his later life Bungaree, while still respected as an Aboriginal leader, was regarded as the best-known character in the streets of Sydney.

Bungaree died in 1830. There is a substantial entry on him in the Dictionary of Sydney (https://dictionaryofsydney.org/entry/bungaree)

Another Aboriginal leader was Mahroot (1790s to 1850), who was also known as “Boatswain”. Mahroot lived with his wife at Botany (near the site of the Sir Joseph Banks Hotel), and it is recorded that he worked there as ferryman and guide in the 1840s. It is also claimed that several white people lived there, as his tenants. (https://dictionaryofsydney.org/person/boatswain_maroot)

Mahroot had regular and consistent engagement with whites in the colony; it is said that Mahroot and the British colonisers happily co-existed. He gave evidence to the Select Committee on the Condition of the Aborigines in 1845 where he spoke frankly about his life, his family, his Country and the impact on Indigenous people since 1788.

On the doctrine of discovery: https://johntsquires.com/2018/08/13/affirming-the-sovereignty-of-first-peoples-undoing-the-doctrine-of-discovery/

3 thoughts on “Reconciliation on the land of Australia: Bungaree and Mahroot”