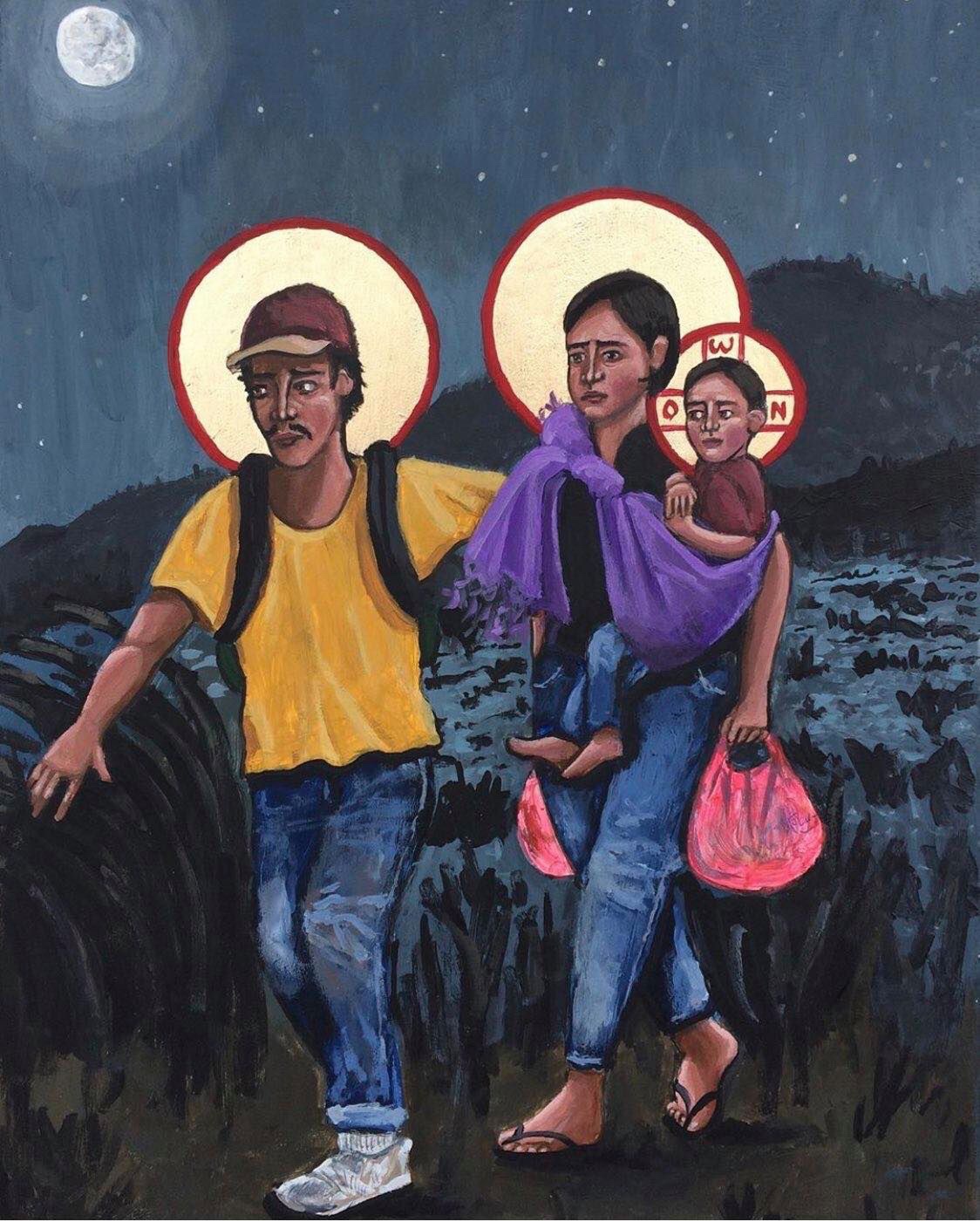 At Christmas, we recall a familiar story. Central to the story is the baby born in a manger, because there was no room in the inn. This element is, of course, told and retold countless times in the weeks leading up to Christmas, and in churches in every country around the world, on Christmas Eve and Christmas Day.

Christmas cards, and Christmas carols, have tended to encourage us to romanticise and sentimentalise the first part of the story—the babe in the manger in Bethlehem. We sing so easily about the scene that Luke recounts in his Gospel, imagining it in the picture perfect way of so many cards and carols: the baby lying peacefully asleep in the manger, the adoring mother and doting father, the shepherds who come from the fields to worship.

It all sounds so peaceful, so relaxed, so comfortable, so ideal.

As we sing all of this, I suspect that we forget that the newborn infant was born in the area that was shared with the animals; there were no homely comforts, but there would have been the sights and sounds and smells of the barnyard, all around.

We overlook, perhaps, that the shepherds who came in from the fields to pay homage to the newborn child (Luke 2:8–16) would have been despised for carrying out a lowly and unworthy occupation. They were outcasts, considers impure and unclean, placed outside the circle of holiness within which good Jews were expected to live. In the Mishnah, a third century work which collects and discusses traditional Jewish laws, shepherds are classified amongst those who practice “the craft of robbers”. These are not highly valued guests!

We forget, also, that Luke’s account of this birth places it in Bethlehem, which is not the place where the newly-formed family lived. They had been forced to travel there, according to Luke’s account, because of a nation-wide census that was required by the Romans (Luke 2:1-7). Giving birth to the child in that town, in that inn, in that manger, was not the plan that his parents initially had; this was a temporary, unforeseen situation, basic and crude.

This part of the story is not at all the comfortable and soothing scene that cards and carols regularly depict. The birth takes place after a forced journey, in an less than desirable setting.

The second part of the story, that found in the Gospel of Matthew, also has an unexpected and forced journey involved. This part of the story relates to the rapid flight that the family took after the child was born, heading away from Herod, fleeing into the safety of Egypt, a foreign country (Matt 2:13-15).

Matthew’s contribution to the story rarely fosters those warm, fuzzy vibes that many associate with Christmas. And often, in church, this part of the story is left for the time after Christmas Day—which is logical, since this is where it comes in the flow of the story; but which means that, downunder at least, it is featured during the Great Summer Holiday which comes immediately after the feasting and festivities of Christmas Day (and Boxing Day, if there are still plentiful left overs!)

Matthew’s account sets out very clearly that this journey was not part of the original plan, worked out methodically in advance. Rather, this was a rapid response to an emergency situation, a hurried seeking of refuge. It was a temporary measure, undertaken under great duress.

The ruler who gives the order which provokes the family to undertake this journey is the man whom Jesus once called “that fox”: Herod. Ruling over Judea as a client king of the Romans, Herod was a half-Jewish man who had risen to the top of Jewish society through political cunning and strategic marriages. He had a reputation for violent brutality.

Matthew’s story recounts that Herod ordered that all male children under two years of age should be killed, to ensure that this potential rival to his rule would be safely despatched (Matt 2:1-3, 16-18). Jesus survived this because his parents were advised of the imminent pogrom by visitors “from the east” who had come via the court of Herod (Matt 2:13-15).

This part of the story also does not sound relaxed, sweet, and comfortable!

And then, as the story in Matthew’s account continues, there is yet another journey, returning from Egypt, back into Israelis–but not Judea, for fear of the ruler who followed Herod, his son Archelaus; rather, to Galilee, where the family,settled in Nazareth (Matt 2:19-23).

Another episode of dislocation and disruption, that rarely features in the classic carols and Christmas cards.

It is because of these disruptive and confronting elements in the story that, in my mind, Christmas challenges us to think about those who have no shelter. It especially invites us to think about those who have nowhere safe to shelter because their homes are beset by warfare, their lives are constrained by oppression, their families have been decimated by murders, their houses have been bombed or shelled.

In that spirit, as we celebrate Christmas, let us also commit to working to ensure safety and security for those who are imperilled, homeless, stateless, and on the move. There are so many such people in our world today. There are so many ways we can live out the Christmas story as we reach out to them.

The image is La Sagrada Familia by Kelly Latimore

2 thoughts on “On the move. A reflection on Christmas.”