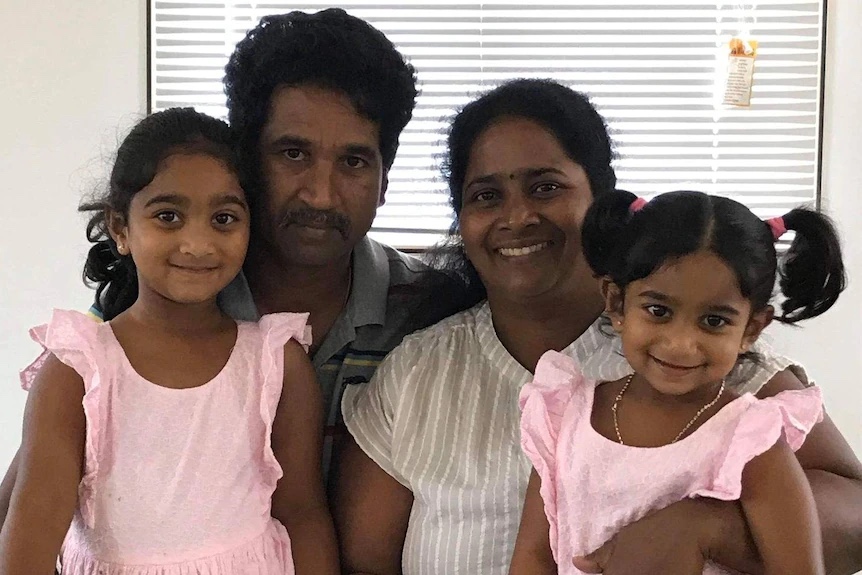 Let’s not get carried away with today’s news about the Murugappan family, held for so long in detention on Christmas Island, but soon, apparently, to be reunited in community detention in Perth, whilst the two daughters receive medical attention.

And let’s use their names—Priya and Nadesalingam Murugappan, who have been in Australia for almost a decade, and Kopika and Tharunicaa, who were both born in Australia. They are not just “the Biloela family”, even though they did settle into that community in Queensland some years ago, nor are they just “the Tamil family” being held in offshore detention. They have names.

So let’s not get carried away with today’s news that the Murugappan family will be reunited in Perth. First, the timing of the announcement today is deviously designed to draw attention away from the revelations made last night by Four Corners on ABC-TV, that the PM had been influenced by a close friend, a devotee of QAnon, to include the signal phrase “ritual abuse” in the Apology to victims of sexual abuse in institutions that he delivered in October 2018. Strike One for devious strategy. See

Third, this is just one small sampling of people who for years have been held—in direct contradiction to international law—in offshore detention. ThenRefugee Council of Australia reports that there are currently 1,483 people in closed detention (367 of whom came by boat, seeking asylum), while there are another 537 being held in community detention. That’s over 2,000 people being held in limbo—some of them for many years—while an unresponsive and heartless system defers any real action in responding to the situation of these people.

Fourth, and most troubling, let’s not forget that our government policy of detention and restriction (including minimal access to health services) has seen no less than twelve refugees and asylum seekers die whilst in detention under the care of Australia. And whilst there has been community response in each case, the government policy has remained steadfastly heartless and unresponsive. And the whole Australian community has been complicit in allowing this terrible situation to continue.

Finally, the situation with the Murugappan family exposes the lie that Australia is built on, and operates by, a “Judea-Christian ethic”. Our two decades of heartless refugee and asylum seeker policy have been in breach of international law and contrary to the principles articulated in scripture by prophet, sage, evangelist, and apostle. Welcome the stranger, care for the outcast, offer hospitality to the visitor, provide water to the thirsty and food to the hungry: commands that were central to the ancient Israelite ethos, that continued to be advocated in the teaching of Jesus, and that are central to the ethic of faithful Jews and Christians today.