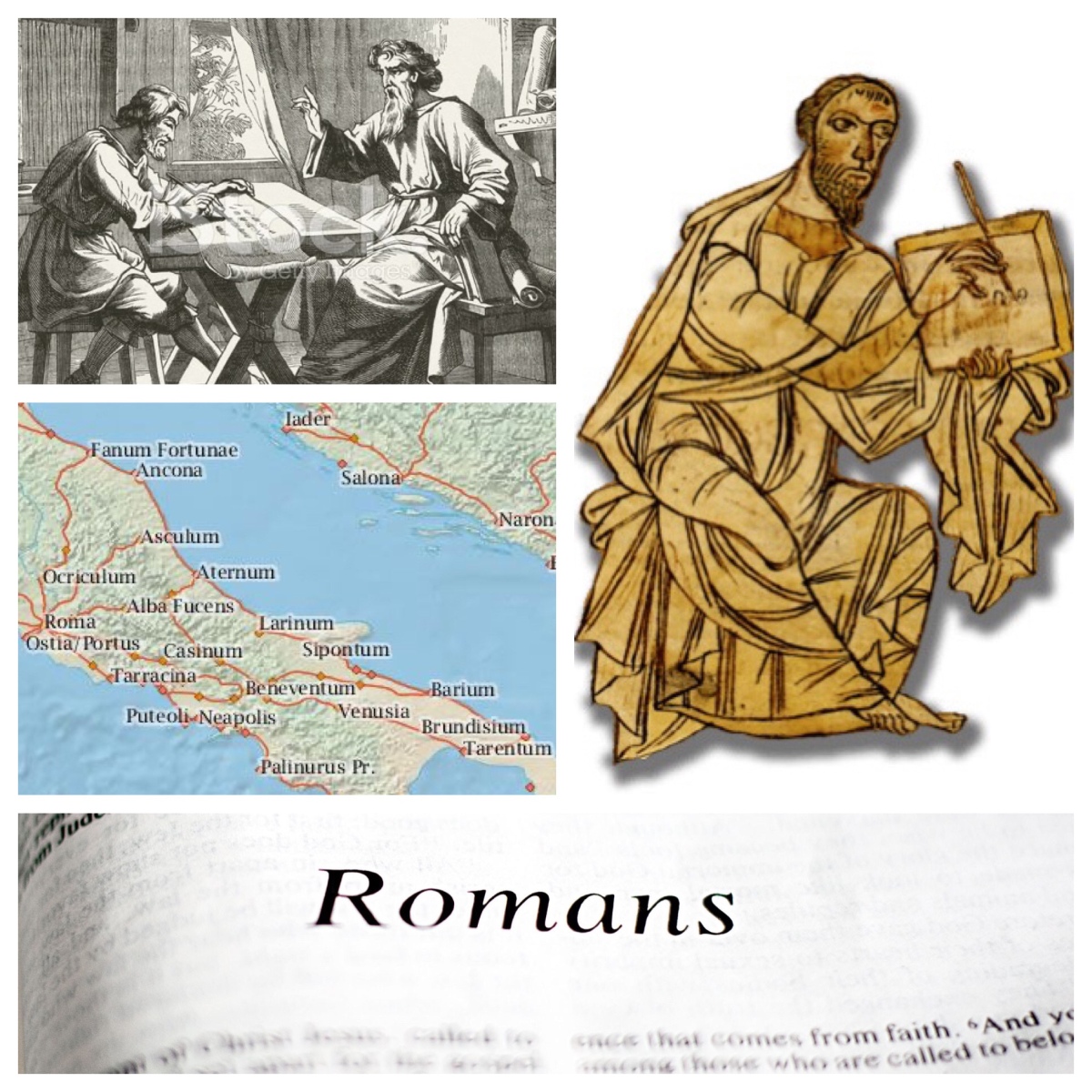 Paul’s letter to the Romans is his longest letter, and is widely regarded as the pinnacle of his theological expression. It is closely related to the letter to the Galatians in its central theological concern for righteous-justice, law and faith. We have been hearing excerpts from this letter in worship in recent weeks, and that will continue for some weeks into the future.

The opening verses (1:1–7) identify the author and the audience as well as offering a typically Pauline blessing of grace and peace (1:7b). This piece of writing is a contextual enterprise. It is not an abstract or theoretical undertaking. Paul offers words shaped for the situation he is addressing. (See my comments on this at https://johntsquires.com/2020/07/11/the-best-theology-is-contextual-learning-from-pauls-letter-to-the-romans/)

This opening is followed by a thanksgiving for the Roman saints (1:8–15), in another typically Pauline pattern. As Paul reports that he gives thanks for their faith and prays that he may be enabled to visit them, he introduces key elements of the argument. His prayer is oriented firmly towards what he knows of the believers in Rome.

In the body of the letter, Paul expounds a theology of universal righteous-justice, focussing particularly on its implications for Israel and the Gentiles (1:18– 11:32). The relation of Jews and Gentiles was a critical factor in the situation in Rome, as Paul is well aware.

First, he explores the nature of the human condition (1:18–3:20). This is based on keen observation and reinforced by a string of scripture citations (3:10–18).

Next, he considers the roles played by Jesus and the Spirit in making the righteous-justice of God available (3:21–8:30). The argument builds and develops, demonstrating how God has chosen to make righteous-justice available to all human beings, through Abraham as through Jesus, by means of the indwelling Spirit.

This was a critical issue for the diverse communities of believers in Ancient Rome—a city with inhabitants from all points of the Empire which had been conquered by the powerful Roman army, and which lived under the imposition of Roman governance. Many traders, artisans, merchants, and slaves in the city had come, willingly or by force, to this city. The gatherings of believers in the city reflected this diversity. The claim that the righteous-justice of God was available to all these people was an important aspect of the early Christian gatherings.

So, to conclude this section, in the midst of a string of climactic rhetorical questions, Paul erupts into a poetic acclamation of “the love of God in Christ Jesus our Lord” (8:31–39). That was indeed good news for all those in Rome who heard this message.

Immediately, Paul plunges into a complex reading of scriptural texts in order to sanction the claim that God’s sovereign mercy offers a universal righteous-justice, both to Jews and to Gentiles alike (9:1–11:32). This section, again, is contextually relevant, as the names of believers of Rome to whom Paul sends greetings, in chapter 16, reflect both Jewish and Gentile people.

This critical section comes to another fulsome doxological climax in the joyously prayerful affirmations concerning God’s “riches and wisdom and knowledge”, leading to the attribution of glory to God forever (11:33–36). This is the ultimate response to the singular grace of God’s gift of righteous-justice to all human beings. All those I; the house churches of Rome who heard this section of the letter would surely have rejoiced in the extravagant abundance of God’s grace towards them!

The subsequent consideration of ethical matters (12:1–15:33) covers a range of issues, introduced with a general statement about the need to live in accord with the will of God (12:1–2). Much of the first part of this section (12:1–13:14) contains traditional ethical teaching: a string of pithy proverbs (12:9–21) and short reflections on loving one another (13:8–10) and living honourably (13:11– 14); a truncated reflection on the image of the community of faith as a body (12:3–8); and discussion of responsibilities towards the governing authorities (13:1–7). This last section seems particularly pertinent for the city which was the administrative centre of the dominant empire of the time, at least in the Mediterranean region.

This ethical section continues (14:1–15:13) with an extended reflection on the ethical dilemmas posed by differing views in the community about what foods should be eaten. Once again, this section of the letter is strongly contextual: it reflects the situation in the city, and for the people of the various groups of house churches, for whom this was a live issue. There were different points of view; the believers needed to show respect to one another in the midst of these different views.

The letter ends with an exchange of greetings, in the course of which Paul identifies quite a number of the believers in the various house churches that existed in a Rome, before he reiterates some last–minute instructions (16:1–23).

Then Paul offers a further blessing (16:20a; and some ancient versions added another blessing as verse 24). The letter concludes in high liturgical style with an exalted doxological formula (16:25–27), an ending most likely added by a later editor of the letter, in which some, at least, of the central motifs of the letter are reiterated.

From this survey of the contents and the form of the letter, we can see how focussed the argument is on the righteous-justice of God, a central element in how Paul understands the Gospel, and how relevant that message was for the diverse groupings of people who had come to recognise Jesus as Lord and who were committed to following him as faithful,disciples in their daily lives.

As God’s gift to humanity, this righteous-justice invites and enables all people to enter into covenant relationship with God, and thus to shape relationships with each other that are accepting and hopeful. That message was powerful in the ancient Roman context. It retains that potency in the contemporary world, where diversity can fuel tension and conflict. In this context, the good news offers hope and invites reconciliation, in celebration of God’s wide expanse of gracious inclusion.