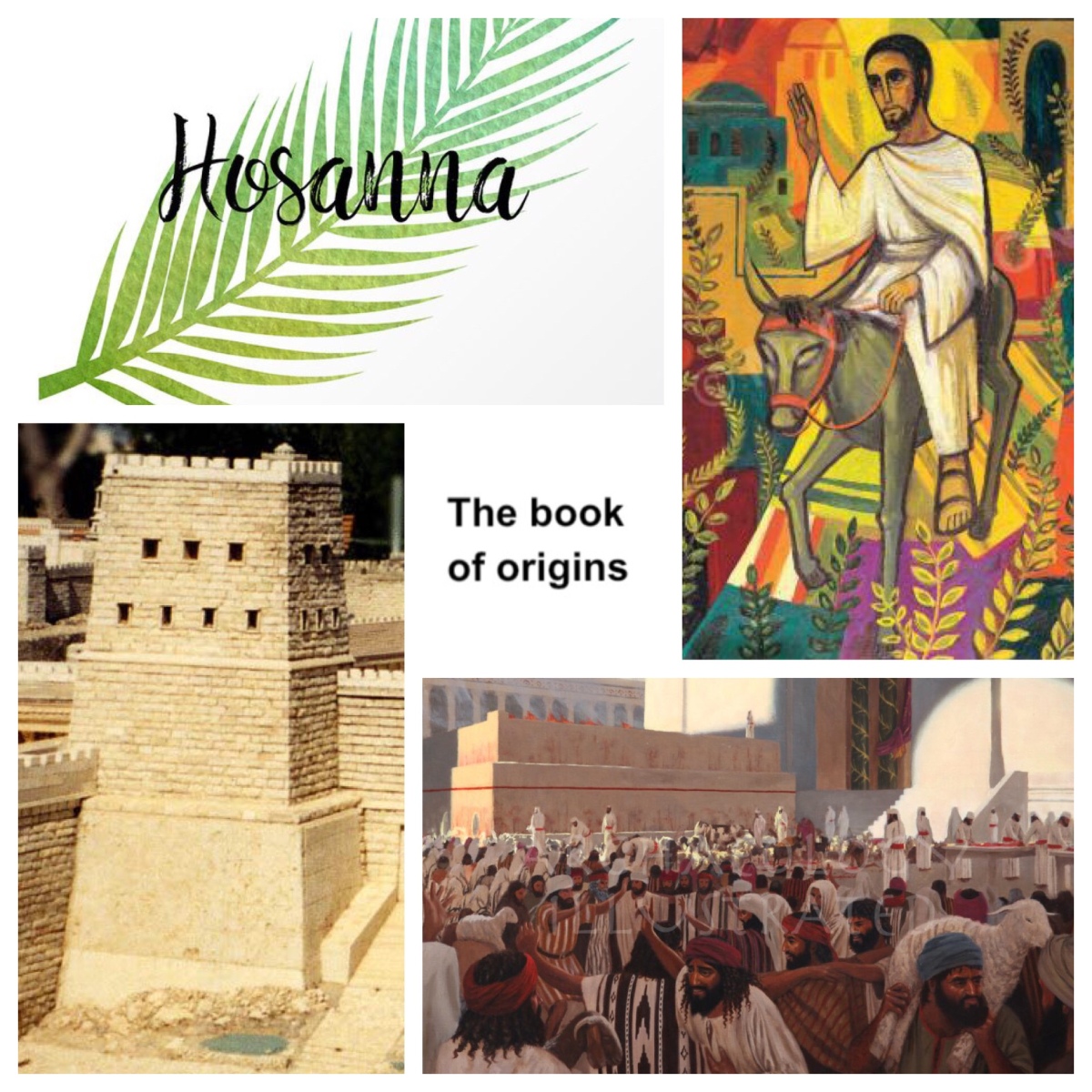 Next Sunday is Palm Sunday. As we approach the day, we have opportunity (during this period of enforced social distancing and self-isolation), to survey the scene of the first Palm Sunday, and reflect on its significance. What do you see? What do you hear? How is God revealed to you in this story? How does God speak to you in this story? What is the word of God, the vision of the Lord, for you, today, from this well-known story from so long ago.

As you read the account in Matt 21, ask yourself: What do you see? What do you hear? We see pilgrims travelling the winding route to Jerusalem, and Jesus amongst them. We hear the crowd singing Hosanna! and we see them spreading their cloaks along the way, to honour him.

What do you see? What do you hear? Can you see the people, waving branches? Of course, this Sunday in the church year is traditionally called Palm Sunday. However, no palms are mentioned in the reading we have heard from Matthew’s version of the story, nor in Mark or Luke. That the branches are from palm trees is noted only in John’s version. Both Mark and Matthew refer to branches that the people cut and waved, even though they don’t specify that they are palm branches. Nevertheless, we see the palm branches, because they are front and centre in the tradition of today—it is Palm Sunday, as we call it!

This waving of palm branches was an activity intimately associated with the actions of the Maccabees, who were men from a priestly family who took up arms to fight back the Seleucid overlords and reclaim the Temple. The waving of palm branches became closely associated with this event; we can read the instructions in one of the Jewish books (2 Maccabees 10), which directs the people to “carry ivy-wreathed wands and beautiful branches and fronds of palms, and offer hymns of thanksgiving to [God] who had given success to the purifying of their own holy place”. So the palms evoke the famous military campaign of centuries earlier.

What do you see? What do you hear? Do you see the cloaks, spread on the ground, by those along the side of the road? A curious detail. What can this mean? Perhaps the more astute of the Jews along the side of the road, would have had some insight; perhaps they recalled the story of the time when a young prophet from Ramoth-gilead declared that God was anointing Jehu, the son of Jehoshaphat, as the next king of Israel.

The story is recounted in 2 Kings 9, and it contains this striking detail, as the prophet decreed, “Thus says the Lord, ‘I anoint you king over Israel’”, and so they took their cloaks and spread them for him on the bare steps, and blew the trumpet, and proclaimed, ‘Jehu is King’” (2 Kings 9:13). Can you hear the resonances in the story of the Passover pilgrims? The cloaks on the steps, when Jehu is King … the cloaks on the wayside, when Jesus comes as King.

So Jesus, the prophet from Nazareth in Galilee, entered the city in the midst of the pilgrims, for the festival of Passover. Did he come as King, in the minds of the crowd? He came preaching the coming kingdom of God—a kingdom to be marked by righteous-justice (Matt 6:33). He blessed those who sought that righteous-justice (Matt 5:6, 10). He urged people to walk the way that led to justice for all (Matt 12:18-21).

Jesus came into the city filled with zeal for God’s righteous-justice kingdom (Matt 23:23). The festival of Passover was a most appropriate time for him to enter the city and make his mark as God’s chosen King. The branches and the cloaks both point to the immediate political significance of this event.