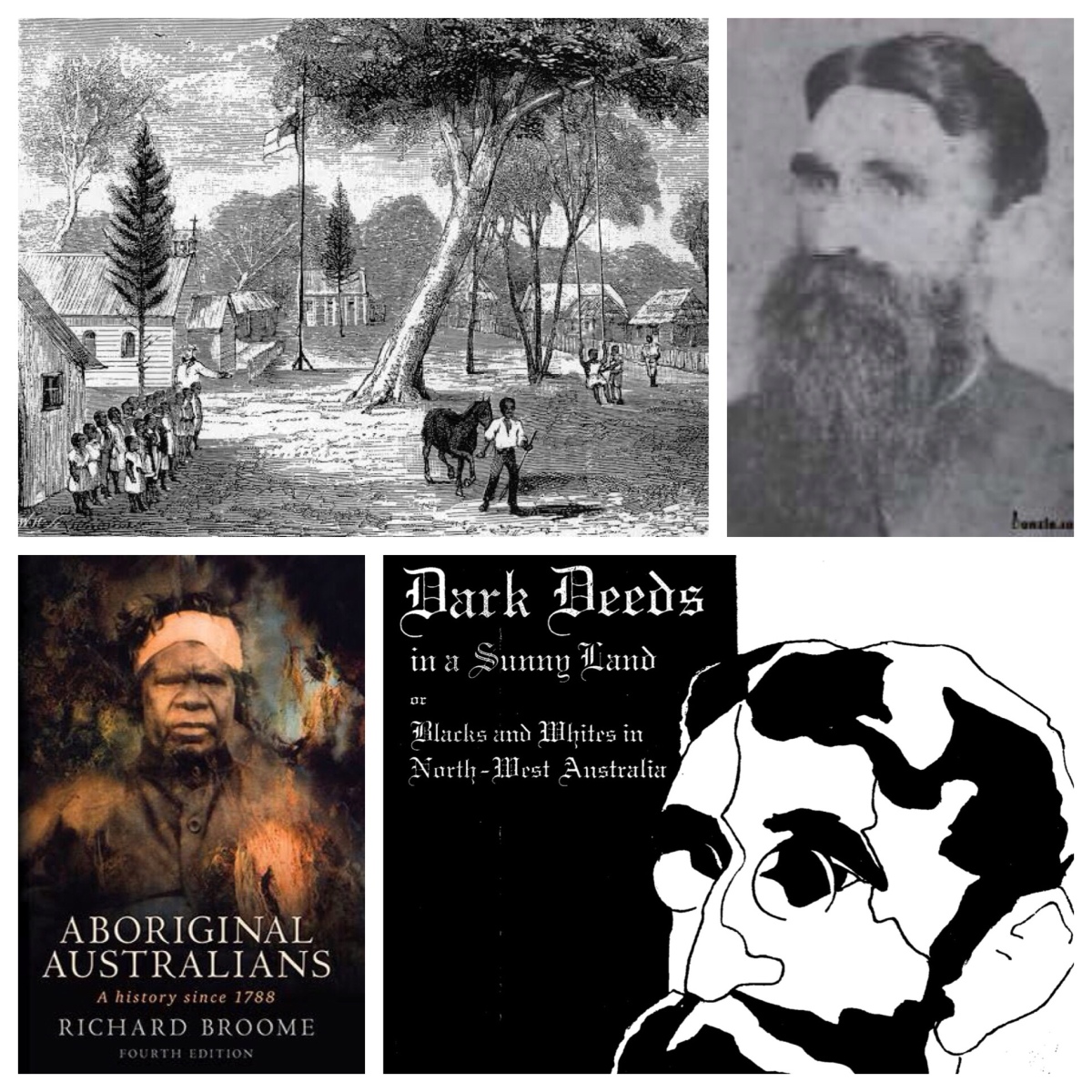 I am currently reading an excellent work by Richard Broome, Professor of History at LaTrobe University in Melbourne. He is a much-published researcher in the area of Aboriginal history. The book, entitled Aboriginal Australians: a history since 1788, is comprehensive, providing many insights into the history of this country over the past 230 years, with many challenges in the narrative. I will be pondering much of what Broome writes as I work my way through the 400 pages of this book.

Today I read about a minister-missionary, of whom I was previously unaware. He was the Rev. John B. Gribble, who came originally from Cornwall in Britain, travelling as a one year old with his parents as they set out for a new life down under.

In October 1876, Gribble was admitted to the ministry of the United Free Methodist Church, but subsequently he joined the Congregational Union of Victoria and served as a home missionary. Apparently he had an encounter with the Kelly Gang during their heyday.

Over the years, Gribble worked with the Indigenous people, and in 1879 Gribble and his wife Mary opened the Warangesdah Aboriginal Mission at Darlington Point. The Bishop of the Church of England from Goulburn took on sponsorship of the mission, and then made Gribble a stipendiary reader in 1880, deacon in 1881 and priest in 1883.

In 1884, Gribble was invited by Bishop Henry Parry of Perth to work in Western Australia. He went to England, where he raised funds and published Black but Comely, a description of Aboriginal life in Australia. In 1885 he opened a mission on the Gascoyne River but was strongly opposed by settlers who exploited native labour.

In 1886, Gribble published Dark Deeds in a Sunny Land. This was a fierce castigation of his opponents; it created a furore and the welfare of the Aborigines was obscured by the fierce debate that ensued, which impacted the reputation of Gribble for some decades.

The booklet included an allegation that ‘quite sixty natives, men, women and children’ had been shot dead in one day in the Pilbara region. This exposé appears to have been one of the earliest, if not the earliest, public descriptions of what later became known as the Flying Foam massacre. The witness cited by Gribble, one David Carly, claimed to have seen ‘the skulls of fifteen who were shot’.

More information about the Flying Foam Massacre can be read at http://nationalunitygovernment.org/content/flying-foam-massacre-killing-fields-murujuga

I have read all of this information also in the Australian Dictionary of Biography (http://adb.anu.edu.au/biography/gribble-john-brown-3668). What this official biography does not mention—but Broome duly reports—is that Gribble’s license to preach was removed by his Bishop, and the Church later closed down the mission which he had started.

Gribble worked for a time as a labourer, sued the West Australian newspaper (but lost the case), then returned to the east and established another mission for Indigenous people in Queensland. Sadly, he died soon after this.

So much for the Church siding with the oppressed and standing for the Gospel!

2 thoughts on “Dark deeds in a sunny land: the exposé offered by John B. Gribble”