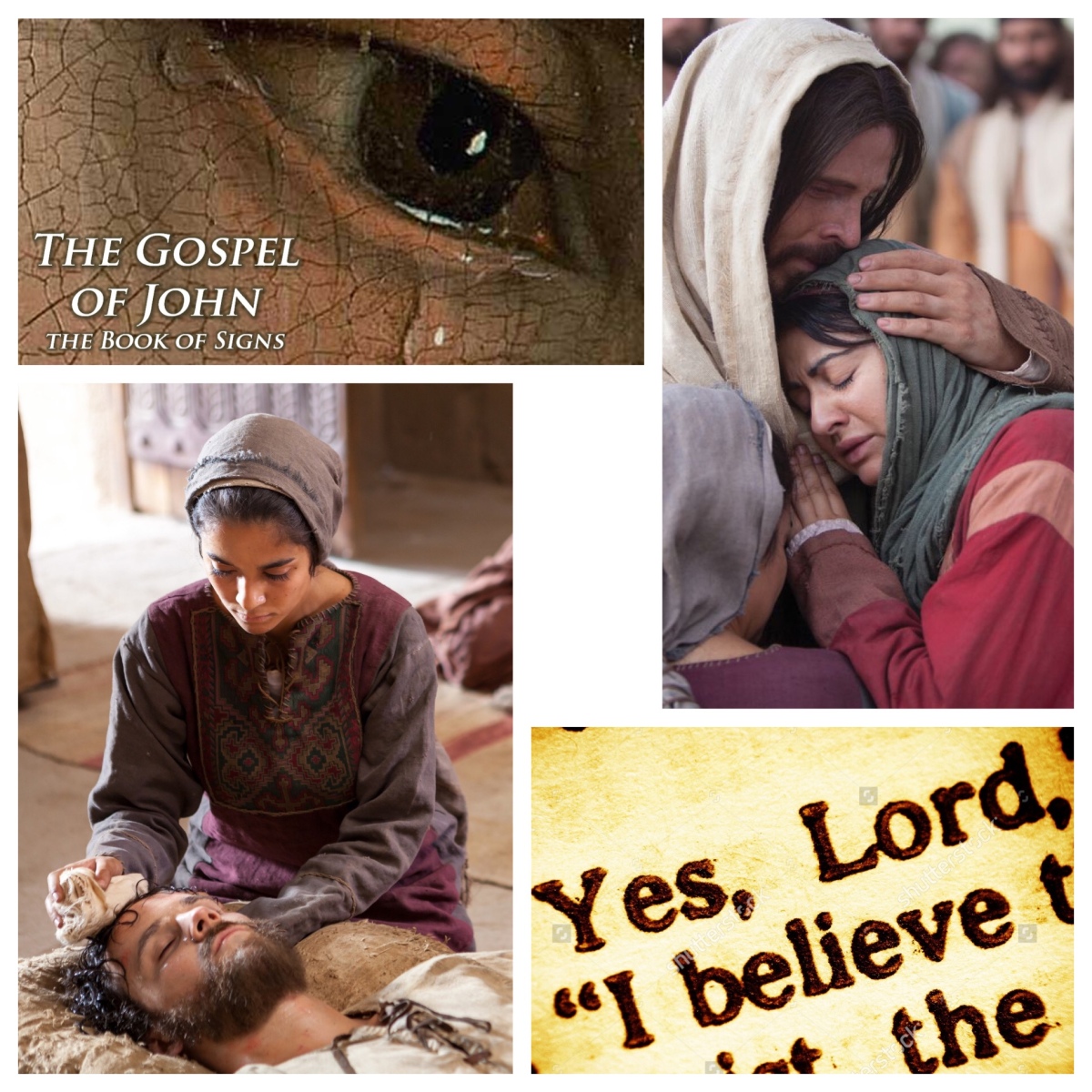 In the midst of a time of fear and anxiety, generated by the rapid spread of the COVID-19 pandemic, holding to our faith and being nourished by that faith is important.

The story set for this coming Sunday is pertinent to this situation. How do we confess our faith in the midst of the rapid spread of the virus and news of the dramatic escalation of infections and deaths around the world?

In the midst of this story of death and grief, of life being thrown out of joint by an unexpected happening, the author of the book of signs (identified in the tradition as the apostle John), we have a story of faith. In this story, Martha expresses her trust in Jesus—even as what is happen around her fuels her unsettled state, as she grieves the death of her brother.

The book of signs has seven clearly narrated signs, or miracles, performed by Jesus. Each of them is inserted in the midst of an evolving narrative, in which followers of Jesus grow in their understanding of who he is, whilst at the same time a movement of those opposed to Jesus gains strength.

The author of this Gospel makes it clear that there were more signs performed by Jesus than what is narrated (20:30), and that the signs actually narrated are told in order to strengthen the faith of those hearing or reading them (20:31).

This final sign provides a clear climax to this collection of seven signs. This is the miracle supreme—raising a dead person back to life takes some beating! It is told at some length, with many details, leading to the climactic moment of the appearance of the once-dead man, now alive. “The dead man came out, his hands and feet bound with strips of cloth, and his face wrapped in a cloth. Jesus said to them, “Unbind him, and let him go.” (11:44).

In the literary framework of the whole Gospel, however, this building to a climax through the seven signs is paralleled by a growing tension, as leaders in the Jewish community marshal forces in plotting against Jesus. Initially, there were positive responses to Jesus (2:23, 4:42, 4:45). Then, an engagement in debate and controversy with “the Jews” (5:13) quickly escalated into persecution (5:16) and indeed an attempt to kill Jesus (5:18).

Then, at the climactic moment, after Lazarus appears, the Jewish leadership plans a strategy to put Jesus to death (11:45-53). The plot is hatched, the fate of Jesus is sealed. That section of the narrative also includes the famous, yet ironic, comment by Caiaphas: “it is better for you to have one man die for the people than to have the whole nation destroyed” (11:50). And so the inevitable process begins, moving towards the death of Jesus (11:53, 57).

In the midst of this story, about the death and burial of Lazarus—before Jesus acts in any way to bring Lazarus back from death—Martha, the brother of Lazarus, makes a striking confession of faith in Jesus.

First, however, as Jesus arrived in Bethany, Martha had initially berated him with an outpouring from the depths of her grief—“Lord, if you had been here, my brother would not have died” (11:21).

One element of that confession, that Jesus is the Son of God, was articulated very early in the narrative of the Gospel, by one of the lesser-known disciples, Nathaniel (1:49). Another element, that Jesus is Messiah, had been spoken by another less prominent disciple, Andrew, the brother of Simon Peter (1:41).

In my reading, this confession of faith stands at the same place, structurally, as the confession that Simon Peter made in Caesarea Philippi, as recorded in all three Synoptic Gospels: “you are the Messiah” (8:27, and parallels in Matt 16:16 and Luke 9:20). This comes at the high point in the public ministry of Jesus: just before he is transfigured, and then makes his fateful decision to turn towards Jerusalem, in the Synoptics.

In like manner, the confession by Martha comes in the midst of the climactic miracle that he performs, raising Jesus from the dead, in the book of signs.

The declaration of Jesus as Messiah, as the christological high point of the three Synoptic Gospels, is uttered by the unchallenged leader of the apostles in those accounts, Simon Peter. The equivalent christological high point in the narrative of John’s Gospel is here, in Bethany, on the lips, not of one of the favoured male leaders (Peter, or the beloved disciple, or even, in other books, James the brother of Jesus). This high claim is made by a woman, not a man.

And how significant it is, that this high point of confession is made in the midst of grief and turmoil. Similar confessions, also by women, have occurred in the book of signs, also in difficult contexts.

At the end of the Gospel, there is an important confession of faith that is made as a result of the encounter that Mary Magdalene had with Jesus, in the garden, after his resurrection.

Mary was deep in grief as she went to the garden. Her grief initially stopped her from recognising Jesus. By the end of her conversation with the person she assumed was the gardener, she realised that he was actually Jesus. She returned to the disciples and declared to them that she has seen the risen Lord (20:18). She becomes known, in later tradition, as “the apostle to the apostles”. Her confession of faith comes to fruition in the midst of her grief.

Earlier, of course, there was the woman of Samaria, back in chapter 4, who encountered Jesus, thirsting, in the heat of the day, who enables many people in her city to come to faith in Jesus.

So, at the beginning, in the middle, and at the end, the story of Jesus—recognised as prophet, Messiah, Son of God, Saviour of the world, the risen Lord—is entrusted to women. Not to the familiar male leaders. But to women. Thanks be to God!

This blog draws on material in JOURNEYING WITH JOHN: an exploration of the Johannine writings, by Elizabeth Raine and John Squires (self-published 2014)