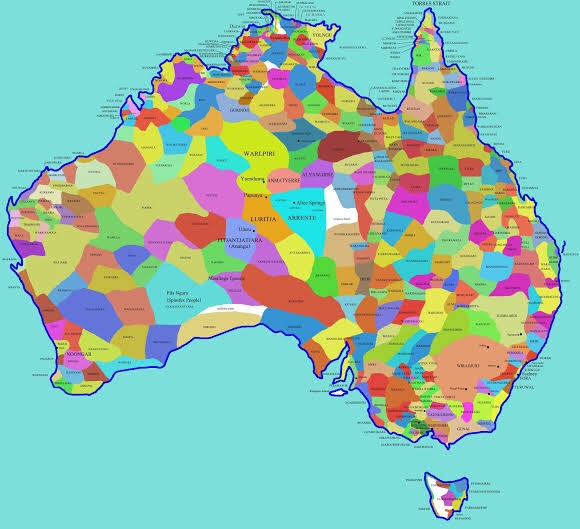 Earlier this year, I attended a national Uniting Church meeting where all of the participants were asked to introduce themselves by stating their name and their nominating body, and then by identifying the First People of the land on which they lived and/or worked.

I took a few liberties with the required formula, and introduced myself as “John Squires, from the Synod of Western Australia. I was born on the land of the Gadigal people of the Eora nation; I rejoiced, for some years, to live and work amongst the Biripi people, on their lands, beside their waters; and currently live on the lands of the Whadjuk people of the Noongar nation.”

Over the past decade, my awareness of the indigenous history of this continent and its surrounding islands has grown. My relationships with First Peoples in various places has expanded. It has been a period of wonderful discovery and growth. Learning about place from the people who have long been in that place, has been very rewarding.

A decade ago, Elizabeth and I were living on the land of the Eora people, in the area which white settlement has named the Sydney Basin. I was working in Parramatta, a suburb which took its name from the Burramattagal people, who had used that name to call that area “the place where eels meet”. Elizabeth and I didn’t know, personally, any First Peoples specifically from that area, although in the course of events at that time, we did meet and talk with First Peoples from a number of different places across Australia.

Then we moved north, to live amongst the Biripi people in a township which bore the (originally Scottish) name of Wauchope. This was a town on the mid north coast of New South Wales, about 20km inland from the coast. The Biripi were people who related strongly to the sea—as were their neighbours up and down the mid north coast: the Worimi, to the south, and to the north, the Dunghutti, and the Gumbaynggirr (still further north). The Presbytery in which we worked spanned the lands of all four of these First Peoples, from Woolgoolga in the north to Forster and Gloucester in the south.

One of our early discoveries was about the shared language amongst these four indigenous nations—they all spoke Gattung. This was a sign of the interrelated nature of those nations—over the millennia, as good neighbours, they had interacted, yarned together, traded, and married in accordance with the moiety protocols of their peoples. We learnt the stories about the local meeting place, by the Yippin Creek, where Dunghutti and Biripi had met, at the same time each year, for thousands upon thousands of years, to celebrate, to trade and to foster neighbourly relations.

We delighted in meeting, and getting to know, some of the elders in the Biripi nation—strong, committed aunties, warm, compassionate uncles, individuals committed to the welfare and flourishing of their peoples. We had the good fortune to be involved, from the start, with a local youth group, which included many of the Aboriginal kids from the town and surrounding regions. We built friendships. We gave, and received, respect. We started to help shape young lives … and to learn of the dedication and commitment of adults to ensure that these kids grew up, strong and proud in their aboriginality. It wasn’t always easy—but it always felt constructive and rewarding.

We learnt, also, about the local massacre sites. The big bluff just out of town, where horrors took place, where Biripi people would no longer venture to set foot. The town to the north named Red Rock, where the rock formations are, indeed, copper red—but where a brutal massacre of indigenous people took place in the 1880s. The name provides a grim reminder of the blood that was shed there. And the place in the Upper Macleay River Valley, where 60 indigenous people died in a single incident in 1846. The long list of such injustices, at many sites stretching across the nation, also had specific local impact.

We then moved west—a long, long way west, on to Noongar land in the southwest corner of this vast continent. There, we learnt that no less than fourteen (yes, 14) different nations together formed the Noongar group—united by their common language, differentiated by specific regional factors. Now there’s a lesson to be learned about living together respectfully in our diversity!

We learnt that we were living and working on Whadjuk land; when we headed south, we travelled onto Pindjarub land; and when we headed north, we entered land that had been cared for by the Juat people. We met some of the leaders of the people, and came to know some of the Whadjuk elders.

We learnt of the early history of relationships between the First Peoples, and the invaders who had come from across the seas to “establish a colony” and “form a settlement” on land that they considered was “terra nullius”—the fiction that this land was unoccupied by any people. We learnt of curiosity and joy, of mistrust and tragedy, of the conflicts over land, and the violent devastation, that was embedded into those early relationships, and that has so shaped our country over the ensuing two centuries.

Now, we have moved yet again: onto land that, undoubtedly, has been cared for by millennia by the peoples of the region. We are in the Australian Capital Territory, where other nations have lived on the land for millennia, and other peoples have stories to tell. And so the fresh explorations and new learnings about this place begins.

5 thoughts on “Learning of the land (1): Eora, Biripi, Whadjuk Noongar”