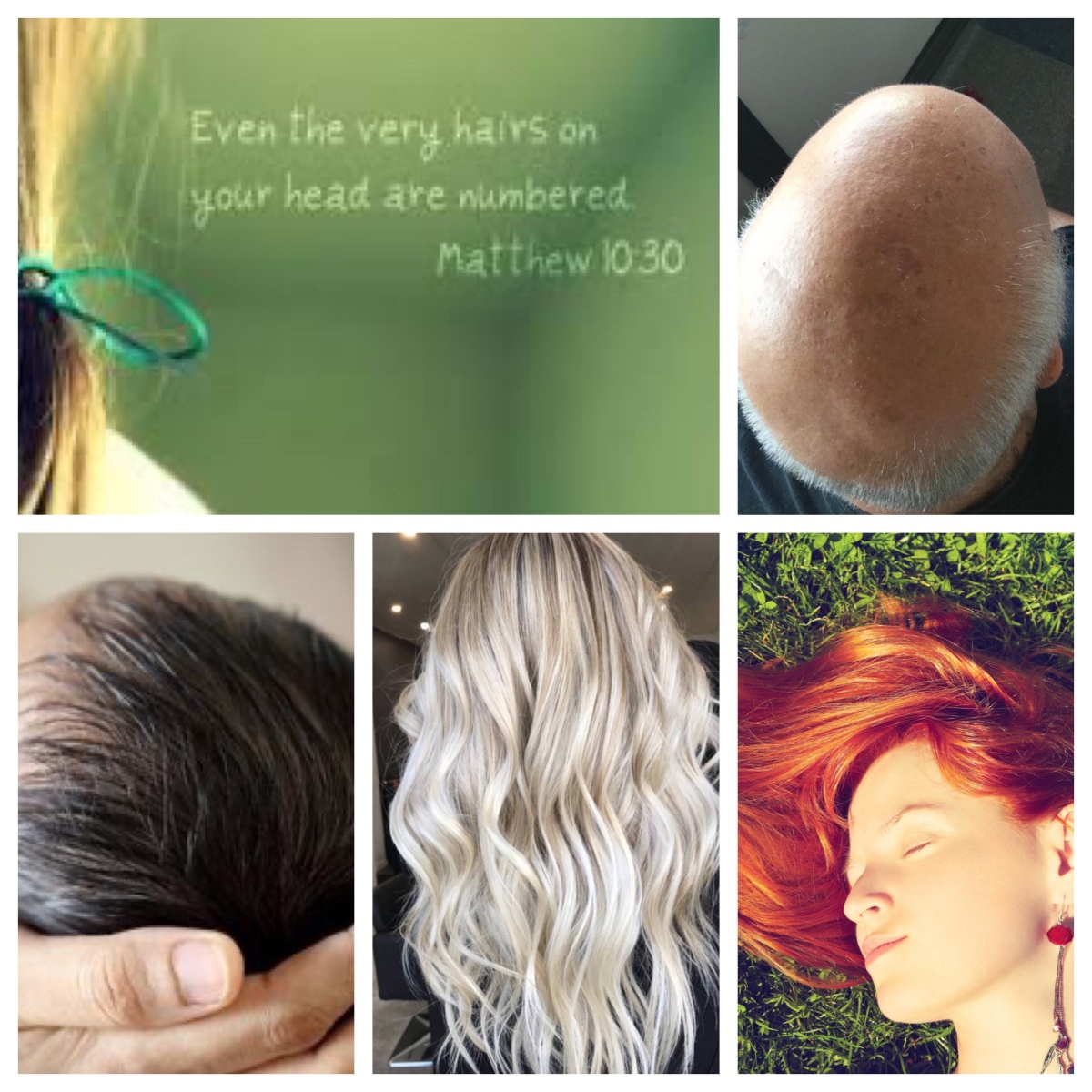 Who goes around counting the hairs on the heads of people? I don’t, that’s for sure! Although it would be a lot easier for anyone wanting to count my particular head of hair (or not), than for other people.

But God does, according to this week’s Gospel passage. God counts the hairs on our heads. Or so we are told. It’s part of a speech by Jesus when he assures his followers that their lives are of value (Matt 10:28-31).

At one hair per second, that’s 248,015,873 years. (Thank goodness for Google!!) 248 million years! And that’s just for the current population. It doesn’t count those who have already lived. Or those who might be alive when those 248 million years of counting have been completed.

Of course, we could reduce the number by arguing that there are some (like me) with much less than 100,000 hairs on their head. But that group is still a small minority amongst the 7.8 billion alive today.

And we could reduce it further by arguing that this speech of Jesus was addressed to believers who were following him—at that time, and then on across the ensuing years up to our time. That reduces the number of hairs to be counted quite a lot. But that is a problematic principle for interpretation: it means we take everything as applicable only to those who were part of the first audience, and not to anyone else later on.

All of which goes to the point I want to make about the words of Jesus in this passage: Exaggeration! Exaggeration is a common rhetorical technique employed by Jesus. Jesus exaggerates on a number of occasions in his teachings. Think about it:

Why do you look at the speck that is in your brother’s eye, but do not notice the log that is in your own eye? (Matt 7:3) Who has ever had a log of wood in their eye? A speck, yes; a splinter, maybe— but not a log.

Jesus condemned the Pharisees as “Blind guides, who strain out a gnat and swallow a camel!” (Matthew 23:24). Again: imagine swallowing a camel. Urgh.

For truly I say to you, if you have faith like a mustard seed, you will say to this mountain, ‘Move from here to there,’ and it will move, and nothing will be impossible for you.” (Matthew 17:20). Mountains moving? Perhaps possible in a massive seismic shift event, but not your normal run of the mill happening.

Or the Samaritan woman, who spoke of Jesus and said: “He told me all that I ever did” (John 4:39). Had Jesus really told that woman everything that she had ever done in her life? No, she was using hyperbole to make her point.

“John came baptizing in the wilderness and preaching a baptism of repentance for the remission of sins. Then all the land of Judea, and those from Jerusalem, went out to him and were all baptized by him in the Jordan River, confessing their sins” (Mark 1:4-5). What, every single person?? Again, exaggeration, overreach, hyperbole. Typical of Jesus—and typical of the Gospel writers.

We do this in our everyday speech: “He’s got tons of money.” (have you weighed it?) “He is older than the hills.” ( were talking geological eras, here) “I’m so hungry I can eat a horse.” (OK, lets not go there.) “His brain is the size of a pea.” (Or there.) “My feet are killing me.” (Says the person who is still alive.)

Get the point? Exaggeration, hyperbole, is a common rhetorical technique. We use it. We find it in scripture. It’s a reminder not to take everything spoken, or written, absolutely literally. That’s a really important principle for interpretation. For this passage—and for everyone time we turn to scripture.