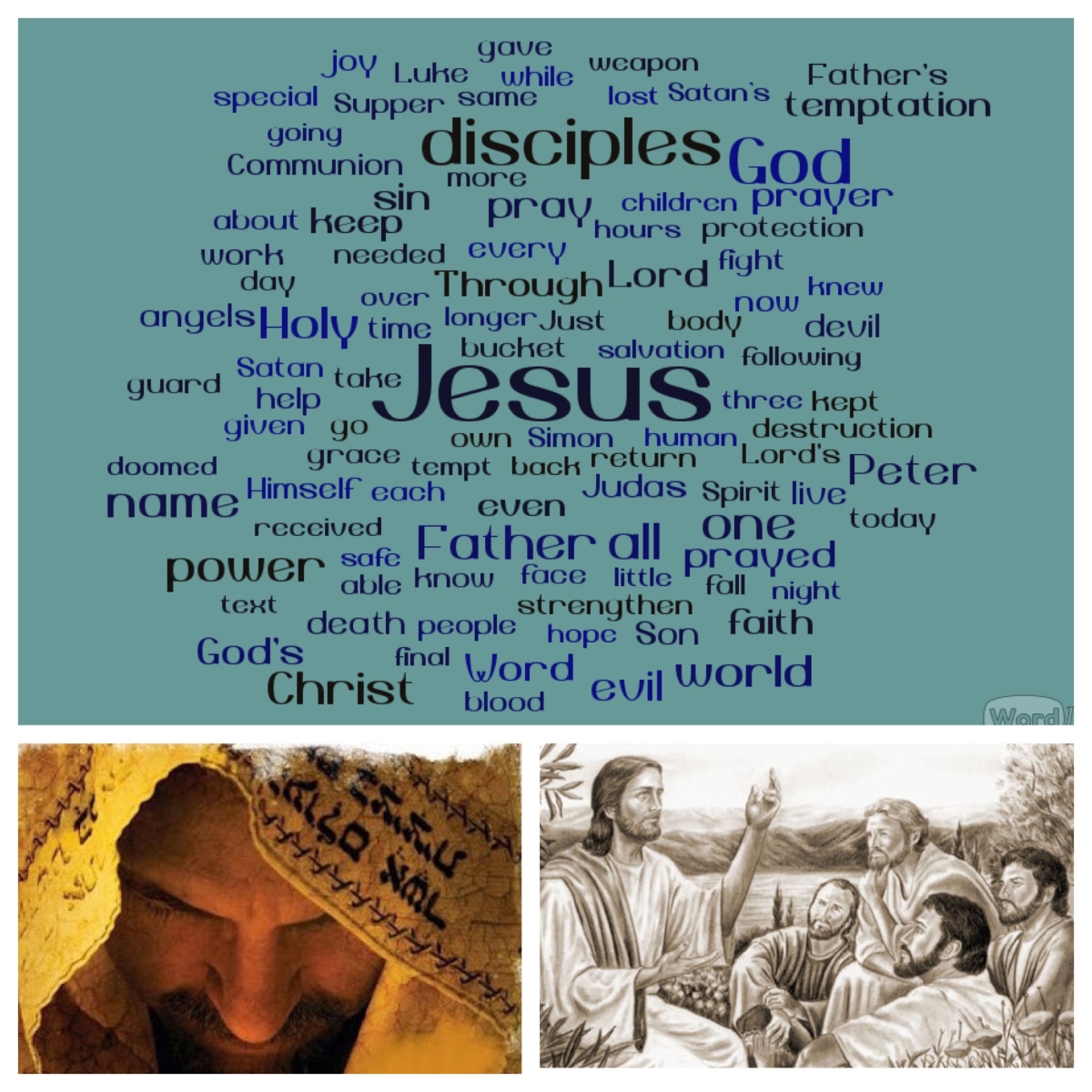 “In the name of the Father, the Son, and the Holy Spirit” is a familiar phrase within the Christian Church. (“Holy Ghost” is used in more antiquated contexts.) The triune formula is uttered frequently, consistently, in all manner of church contexts (liturgical, catechetical, instructional, devotional), by all manner of church people (ordained and lay, stipended or voluntary, intensely devout or loosely affiliated).

In a previous blog, I began an analysis of the content of a section of the book of signs—which we know as the Gospel according to John—which is offered by the lectionary each time the seventh Sunday of Easter comes around (John 17:6–19). It is often called the Great High Priestly Prayer of Jesus (17:1–26).

This prayer is reported only in this Gospel, in a style that is distinctive to this Gospel. In this work, it represents the final climactic prayer of Jesus for those who are following him. The prayer, I contend, sets before us a different trinity. Not the trinity of orthodox doctrine and liturgy. Rather, it is quite another trinity!

My argument has three main parts to it—not surprisingly, because it is, after all, about a three-part entity! Parts I and II were set forth in that earlier blog.

I The Spirit in John’s Gospel

References to the Spirit are few and far between in this Gospel. When Jesus refers to the Spirit as the Advocate (parakletos) (14:15–17, 26; 15:26: 16:12–15), it is clear that the Advocate steps into the place that will be left empty after the departure of Jesus. The Advocate replaces Jesus, rather than being one of the three personae in interrelationship within the triune Godhead.

II The relationship between the Father and the Son

Each of these lines of connection between the Father and the Son are clearly expressed in the prayer of Jesus in John 17. Each of them is signalled at various points earlier in the narrative. And many of them are found within the prayer, and elsewhere in the Gospel, as characterising the relationship between the Son and the Disciples.

III The relationship between the Son and the Disciples

The first way is that the Son and the Disciples are unified as one: “so that they may be one, as we are one, I in them and you in me” (17:22–23). This unity is expressed also in that the Son abides in the Disciples, and the Disciples abide in the Son (17:21). This intimate interrelationship leads Jesus to pray “I in them and you in me, that they may be perfectly one” (17:23). The unity of Father and Son is exactly paralleled in the perfect unity of Son and Disciples.

The language of “abide” has earlier been used by Jesus to refer to his relationship with his disciples as he expanded the imagery of the vine and the branches (15:6, 7, 10). “I am in my Father and you are in me and I am in you”, he has also declared (14:20)—a striking expression of trinitarian interrelationship!

The second connection is that the Disciples know who the Son is (17:21, 23, 25). “If you know me”, Jesus has earlier taught the Disciples, “you will know my Father also” (14:7). The way by which the Disciples then demonstrate what they know about the Son is through their deeds: “if you know these things, blessed are you if you do them” (13:17).

Third, the unity of Son and Disciples results in knowledge about the Son spreading amongst others: “I in me and you in me … so that the world may know that you have sent me and have loved them, even as you love me” (17:23). This, then, mirrors what we identified as the sixth way of connecting, as the Son makes known the Father; now, Jesus affirms, the Disciples make known the Son.

The fourth way that there is connection is that the Son loves the Disciples and thus the Disciples can love the Son (17:23). The love of the Son for the Disciples is articulated in a very strong statement that introduces the second half of the gospel (chs. 13–21), namely, “having loved his own who were in the world, he loved them to the end” (13:1).

Jesus references his love for the Disciples as well as their love for him again at 13:34; 14:21; 15:9–10. He also affirms that “those who love me will be loved by my Father” (14:21) and “the Father himself loves you because you have loved me” (16:27). The three-way interconnectedness of mutual love strengthens the notion of a trinity of relationship involving Father, Son, and Disciples.

The sixth way is that the Son sends the disciples into the world (17:18), in the same way that the Father has sent the Son into the world (see the many references cited above). The parallelism is also evident in the word that “whoever receives anyone I send, receives me” (13:20), and in the command of the risen Jesus, “as the Father sent me, so I send you” (20:21). As with the Father sending the Son (the fifth way of connecting), so the Son sends the Disciples.

The seventh way of relating is that the Son is glorified in the Disciples (17:10). This, too, parallels one of the ways by which the Father relates to the Son (listed above as the eighth way). “The glory that you have given me, I have given them”, says Jesus (17:22). And more than this, in the story of the vine and the branches, Jesus affirms that “in this, my Father is glorified; that you bear much fruit and prove to be my disciples” (15:8). Once again, the three elements of the Johannine trinity are drawn into intimate relationship.

The final, eighth, line of connection is that the Son sanctifies the Disciples. Jesus prays, “Sanctify them in the truth; your word is truth. As you have sent me into the world, so I have sent them into the world. And for their sakes I sanctify myself, so that they also may be sanctified in truth” (17:17-19). This mirrors what we identified as the eight way of connection between Father and Son.

These eight lines of connection between the Son and the Disciples directly parallel the way that the Father relates to the Son. Only the final two means of connection between Father and Son are absent from the way the Son relates to the Disciples; and there are clear reasons for this, since they relate to the post-ascension state of Jesus, who has returned to the Father and is now with the Father.

So, in this wonderful prayer, the High Priestly Prayer of Jesus, we have the foundational elements set out for this somewhat distinctive trinity: the Father, the Son, and the Disciples, bound together in intimate unity, inter-relating, distinct and yet overlapping.

The prayer draws together many elements in the way that the relationship between the Father and the Son is expressed in this Gospel. The prayer also incorporates many of the ways by which the Son is connected with the Disciples. In fact, the interconnected nature of this threeway relationships actually appears to be highly developed, well thought through, and clearly articulated in this Gospel.

Father, Son, and Disciples. This is what I call, the real Johannine Trinity.

For other considerations relating to the Trinity, see https://johntsquires.com/2019/06/10/do-you-believe-in-the-triune-god/