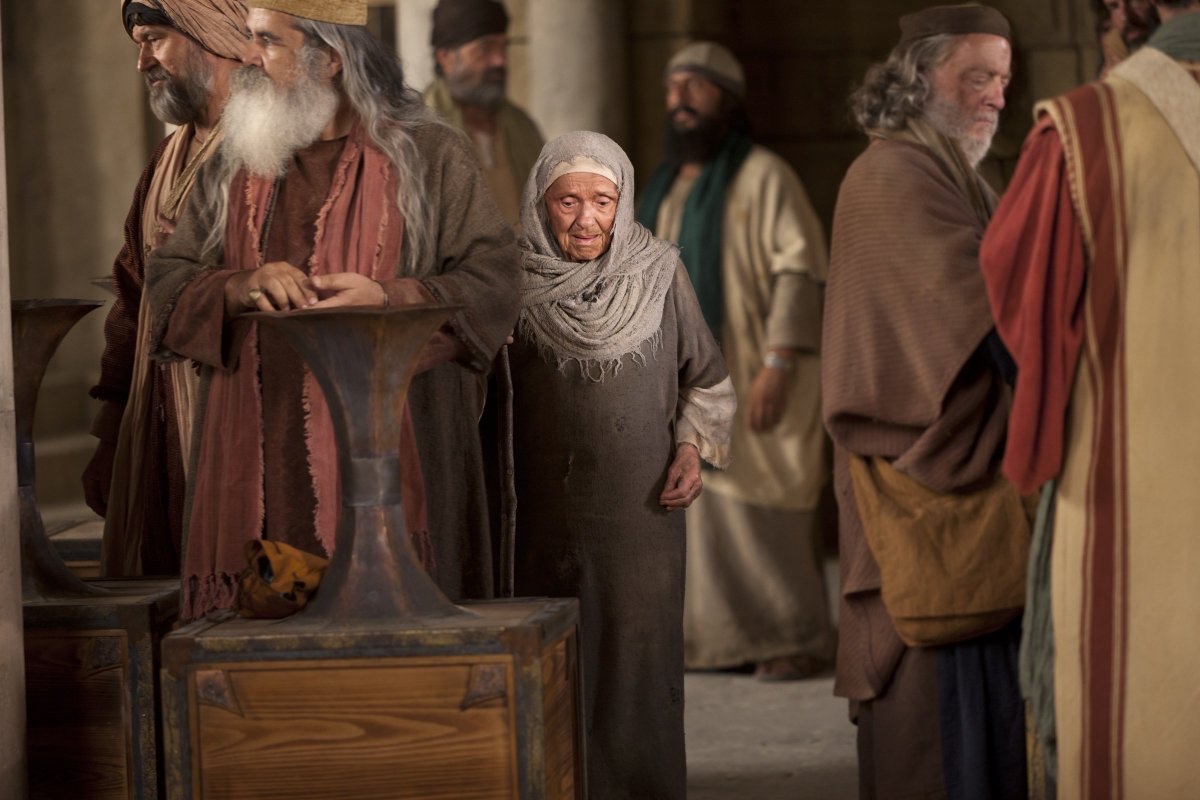 This week, we draw near to the end of the stories told about Jesus which we have encountered most Sundays during the year past. Since early December last year, we have been in Year B, and the book we know as the Gospel according to Mark has provided the majority of the Gospel passages for reading and reflection each week.

The beginning of the good news of Jesus, the chosen one (which is how this work styles itself—see Mark 1:1) does not pull any punches. It begins with the rough and ready character of John, who was dunking people in the river to signify that they had repented of their sins (1:2–8). It ends with the sombre scene of two men laying the crucified body of their leader in a tomb (15:42–47), soon after he had cried in despair that his God had abandoned him (15:34).

In the intervening period of time (unspecified in this account—although by tradition we talk about “the three years of Jesus’s ministry”) we have seen Jesus encounter people in need and people who had a vendetta against him. We have heard him debating the details of Torah requirements with other scripture interpreters, and berating them for their hardness of heart and their wilful ignoring of the commands of God. We have heard him condemn his own followers as having little faith, of being incapable of understanding him, of not comprehending even when he performs miracles in front of them.

We have heard, perhaps with horror, his interaction with a foreign woman from Syrophoenicia, in which he called her a dog, and then listened on as he went for the jugular with one of his closet followers, Peter, calling him “Satan”. We have listened to harsh words of condemnation, when he told another follower, John, that it would be better if he were thrown into the ocean than get in the way of Jesus’ mission.

Jesus in Mark’s gospel does not suffer fools gladly—in fact, he does not suffer them at all! At so many points, it seems that he just doesn’t have time for people who don’t get what he is on about. It is a wonder, is it not, that he managed to maintain a loyal following for the amount of time that he did!

And yet, woven throughout those same stories in this very work, there are moments of tender compassion and unlimited grace, incidents which show that Jesus had deep insight into the situation of others and that he was willing to go the second mile—and more—in order to attend to people in need.

He confronted evil spirits and cast them out of people who were possessed. He healed multitudes of people who were ill. He taught, patiently, provocatively, with insight into the ways of God. He provided dramatic pictures in word-form (parables, he called them) which drew simple comparisons to demonstrate the nature of the realm of God. He provided for those who were hungering, both physically and spiritually. He spent himself in word and deed, sought his God in prayer, continued incessantly on his journeying, and in the end, set his face towards the fate that he somehow seemed to sense was sliding its tentacles around his very being.

It is this Jesus, complex and multi-faceted, whom we encounter in the reading from Mark’s account, this Sunday (12:38–44). Jesus is in Jerusalem, the place where fate awaits him. He has been debating one opponent after another in the outer courtyard of the Temple: chief priests, scribes and elders; Pharisees and Herodians; Sadducees; and then another group of scribes (11:27–12:34).

Jesus bests many of these opponents; he ends this sequence of encounters with a typically harsh denunciation of the last group he was debating. “Beware of the scribes”, he is reported as saying; their pretentiousness and pomposity is evident, their condemnation awaits (12:38–40). The vulnerability of widows in the face of the power exuded by the scribes is evident, and Jesus calls them out for this,.

We hear these striking words in the Gospel passage offered by the lectionary for this coming Sunday. They come as a climactic concluding moment in the long stream of adversarial encounters, debates, disputes, and arguments that have taken place along the way, from his public announcement beside the Jordan, through the towns and villages of Galilee, on the road towards Jerusalem, in the city beside the Temple. A fitting finale, perhaps.

Yet this is not the final word. That final word, before we leave this Gospel for this year, belongs to another scene. A short, succinct, enigmatic scene. A scene in which Jesus utters no words of condemnation; by contrast, he offers affirmation, encouragement, and support for a poor widow (12:41–44).

It is a simple observation, a short reflection; not complex, not confronting, but a gently irenic end to a long sequence of interactions involving Jesus: healings and exorcisms, teaching by speaking sayings and telling stories in parables, engaging in public discussion and debate, as well as times of prayer and rest.

By highlighting the widow, Jesus refers to the well-established strand within the legal and prophetic and strands of Hebrew Scriptures which underlined the importance of caring for widows, amongst others. According to Torah, the widow and the fatherless child were to included along with the sojourner in celebratory moments in Israel—when tithing (Deut 14:28–29), at the Feast of Weeks (16:9–12) and the Feast of Booths (16:13–15), when gleaning (24:19–22), and when tithing once more (26:12–13).

A widower’s brother was expected to marry a widow (Deut 25:5–10), for it was the duty of a widower’s kin to provide a widow with children if she didn’t have any. If it was not possible for a widow to remarry, it was the duty of the community to care for her (Exod 22:22–23; Deut 10:18; 24:17; Isa 1:17). The men harvesting fields were to leave a portion of the harvest behind to be gleaned and collected by the widows (Deut 24:18–21). Beyond the biblical period, in the Diaspora, a portion of the offering collected in the synagogues was be given to the widows and poor, on the analogy of the gleaning provision whilst living in the land.

The vulnerability of widows and the I,portable of providing for them is evident in many passages in the Hebrew Scriptures. Among the prophets, Isaiah proclaims God’s judgement on those who “turn aside the needy from justice … and rob the poor of my people”, including the way that they exploit the fatherless and widows (Isa 10:1–2).

Likewise, Ezekiel includes those who “have made many widows” in Israel amongst those who will experience the full force of God’s vengeance (Ezek 22, see verse 25). He observes that “the sojourner suffers extortion in your midst; the fatherless and the widow are wronged in you” (Ezek 22:7).

Jeremiah assures the people of Edom, to the south of Israel, of God’s care for them: “leave your fatherless children; I will keep them alive; and let your widows trust in me” (Jer 49:11). He encourages the people of Jerusalem with a promise that God will allow them to continue to dwell in their land if they “do not oppress the sojourner, the fatherless, or the widow, or shed innocent blood in this place … or go after other gods” (Jer 7:5–7).

In a later chapter, Jeremiah is instructed to tell the King of Judah, “do no wrong or violence to the resident alien, the fatherless, and the widow, nor shed innocent blood in this place” (Jer 22:1–3). The prophet Zechariah speaks similarly: “do not oppress the widow, the fatherless, the sojourner, or the poor, and let none of you devise evil against another in your heart” (Zech 7:10).

Accordingly, the people of Israel would regularly have sung, in the words of the psalmist, “the Lord watches over the sojourners; he upholds the widow and the fatherless, but the way of the wicked he brings to ruin” (Ps 146:9). Care for widows was central to the life of holiness required amongst the covenant people. Jesus knows this commitment amongst his people, and holds firm to it.

Here in the Temple, observing the action of the widow, Jesus reinforces this central aspect of covenant life. It has been a strong thread, running through the narrative from earlier chapters. Jesus is calling the people around him to care for the weak and vulnerable among them. He has told his disciples to give up their lives (Mark 8:35) and to welcome children (9:37; 10:14–15).

He instructs men that it is wrong to abandon their wives onto the community to care for (10:5–9) and informs those in power that they ought not to abdicate their responsibility to care for the powerless (10:42–45). He criticises those who distort the functions of the Temple (11:15–17) and advises continuing adherence to the two central commandments of Torah (12:28–31).

Immediately before affirming the action of the widow, he condemns the scribes who seek public honour and yet act to “devour widow’s houses” (12:38–40)—a clear demonstration of the kind of hypocrisy that he previously criticised so vehemently (7:6; 12:5; and see the succinct saying of Matt 7:5 and Luke 6:52, and the long diatribe of Matt 23:13-31). It is a potent counterpoint: glory-seeking scribes and humbly serving widows; the one falling from a great height, the other being raised up in the estimation of Jesus.

In this scene, Jesus condemns those who would tell the weak and vulnerable to pull themselves up by their own boot straps. His words remind those in authority that their power comes with an obligation to use it for good. He provides the widow as a clear example of the kind of care that is needed. It is a message that contemporary society would do well to heed.