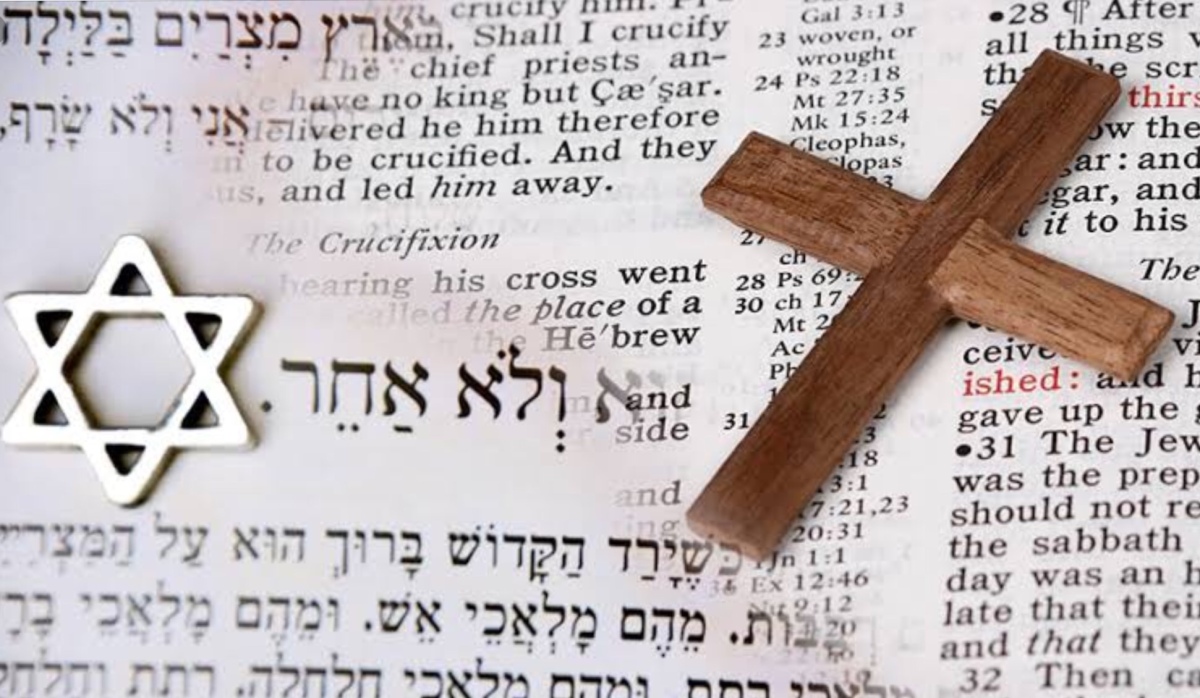 The parable of Jesus which is set in this Sunday’s lectionary appears to offer an invitation to adopt a negative approach towards Jews and Judaism. The author of the book of origins (by tradition, the evangelist Matthew) interpreted this story as a polemic against the Jewish authorities (Matt 21:33-46).

The parable is set in a vineyard. That’s an age-old symbol for the people of Israel—indeed, this week the lectionary offers us two supplementary passages from Hebrew Scripture (Isaiah 5:1-7 and Psalm 80:7-15) which show how old and enduring this imagery was.

The parable that Jesus tells recounts the hard-hearted way in which the tenants in the vineyard (a traditional symbol for the people of Israel) reject the messengers sent to them by the landowner (seen as a symbol for God), culminating in the atrocious treatment meted out to the landowner’s son (whom we are meant to identify as Jesus, son of God).

The son is put to death. The punchline that Jesus crafts for this parable is potent: those who do not produce the fruits of the kingdom will not inherit the kingdom (21:43). That’s a consistent motif in the teaching of Jesus in this Gospel. But the author of the Gospel reshapes the conclusion so that it seems to apply solely to “the chief priests and the Pharisees” (21:45).

The parable of the vineyard is one of the passages that has been difficult for us to understand accurately. When taken at a literal level, it has led to modern interpretations that are as damaging as they are unfair.

The assumption is that the Pharisees and scribes are the ‘bad guys’, and this has led to the belief that Pharisee equals hypocrite. It is disturbing that such a stereotype has found its way into the language of our modern church.

The context of the parable suggests that although its message was aimed at the chief priests and the Pharisees, it does not exclude other Jewish people. The parable immediately before it refers to the importance of doing the will of God (21:28-31), and concludes that “tax-collectors and prostitutes going into the kingdom of God ahead of you [i.e. the Pharisees and chief priests]” (21:31). The kingdom will certainly provide an interesting gathering of all manner of people! So the parable is a warning about obedience, not a denunciation of the leaders.

Equally disturbing is the notion that Jesus here seems to contradict his own teaching about loving one’s enemy and turning the other cheek. He depicts God as the avenging Lord. So what is really happening here?

I don’t think the parable of Jesus is intended to be simply an anti-Jewish polemic, an invitation to deride or dismiss Judaism and Jews.

It is true that, in the Gospel of Matthew, we find Jesus making some strident accusations and engaging in some vigorous debate with the Jewish authorities. But does he really believe that no faithful Jew will ever again enter the kingdom of heaven?

We need to read in context the rhetoric that Matthew places on the lips of Jesus in this Gospel. Judaism was in a state of flux as people lived under the continuing oppression of Roman rule. The destruction of the Temple in 70 CE was a pivotal moment. Evidence indicates that, during this time, there were various sectarian groups within Judaism who were contesting with each other for recognition and influence. Instead of making common cause against Rome, they continued to fight each other. Vigorous polemic and robust debate amongst Jews were not uncommon.

During this period, the Pharisees were becoming increasingly important as an alternative to the Temple cult, and emerging as the dominant Jewish religious movement. Their power base was moved from Jerusalem and spread throughout the area. When the Temple was destroyed, they moved into the vacuum that was created, and became even more dominant.

(From this time on, Pharisees evolved into the “Rabbis”, and they developed the kind of Judaism that became dominant through to the present time. We need to be sensitized to the fact that, for many modern Jews, when we make damning criticisms of the Pharisees, they hear that as a criticism of their Rabbis, and, by extension, of the faith that they practise today.)

The kind of debates that we see in the Gospels—debates where Jesus goes head-on with the Pharisees—need to be understood in this context. Jesus was not “cutting the cord” of his connection with Judaism. He was not rejecting his faith as irrelevant or obsolete.

He was advocating, vigorously and persistently, for the kind of faith that he firmly believed in—and criticisng the Pharisees for their failure, in his eyes, to adhere to all that they taught. He wanted to renew Israel, to refresh the covenant, as the prophets before him had done.

And let’s remember that the accounts that we have of these debates come from years later than when they actually occurred; years that had been strongly shaped by the polemic and antagonism of the intervening decades.

Older academic Christian scholarship and popular evangelical Christian tradition perpetuate the stereotype that the Judaism of the time of Jesus was a harsh, legalistic, rigid religion—a stereotype heightened by an unquestioning acceptance of the New Testament caricature of the Pharisees as hypocritical legalists who made heavy demands but had no soul commitment to their faith. It was claimed that they were the leaders of a static, dying religion.

This stereotype has been completely demolished in recent decades—both through the growing interaction between Christian and Jewish scholarship, and also through a more critical reading of the relevant primary texts. I am very pleased that the church to which I belong, the Uniting Church in Australia, has made it very clear that we do not adhere to these inaccurate and hurtful stereotypes.

In 2009, the UCA national Assembly adopted a Statement which says, amongst other things:

The Uniting Church does not accept Christian teaching that is derogatory towards Jews and Judaism; a belief that God has abolished the covenant with the Jewish people;  supersessionism, the belief that Christians have replaced Jews in the love and purpose of God; and forms of relationships with Jews that require them to become Christian, including coercion and manipulation, that violate their humanity, dignity and freedom.

We do not accept these things.

Indeed, when we look at the whole of Matthew’s Gospel, Jesus does nothing to overturn the Law or to encourage his followers to disregard the Law; he is portrayed as a Jew who keeps Torah to the full. “I have come, not to destroy, but to fulfil the Law”, he says (5:17).

Virtually all of his criticisms of the Pharisees can be understood within the framework of first century debates over the meaning and application of Law. The memory of Jesus in this Gospel is as a Torah-abiding Jew, who nevertheless stakes out a distinctive position within the context of those contemporary debates.

We should not interpret the parable of Jesus in Matt 21 as an outright condemnation of Judaism as a whole. As he debates the Jewish leadership of his day, he makes strong statements. But let’s not claim that Jesus validates any sense of anti-Jewish or antisemitic attitude.

Unfortunately, these words of Jesus and other parts of the New Testament story have been used throughout the centuries to validate anti-Jewish attitudes, to foster antisemitic hatred of the Jews. It is important for us to remember the real sense of the words of Jesus, and not follow the pathway to bigotry, hatred, persecution, and tragic attempts to annihilate the Jews.

One thought on “Producing the fruits of the kingdom (Matt 21; Pentecost 19A)”