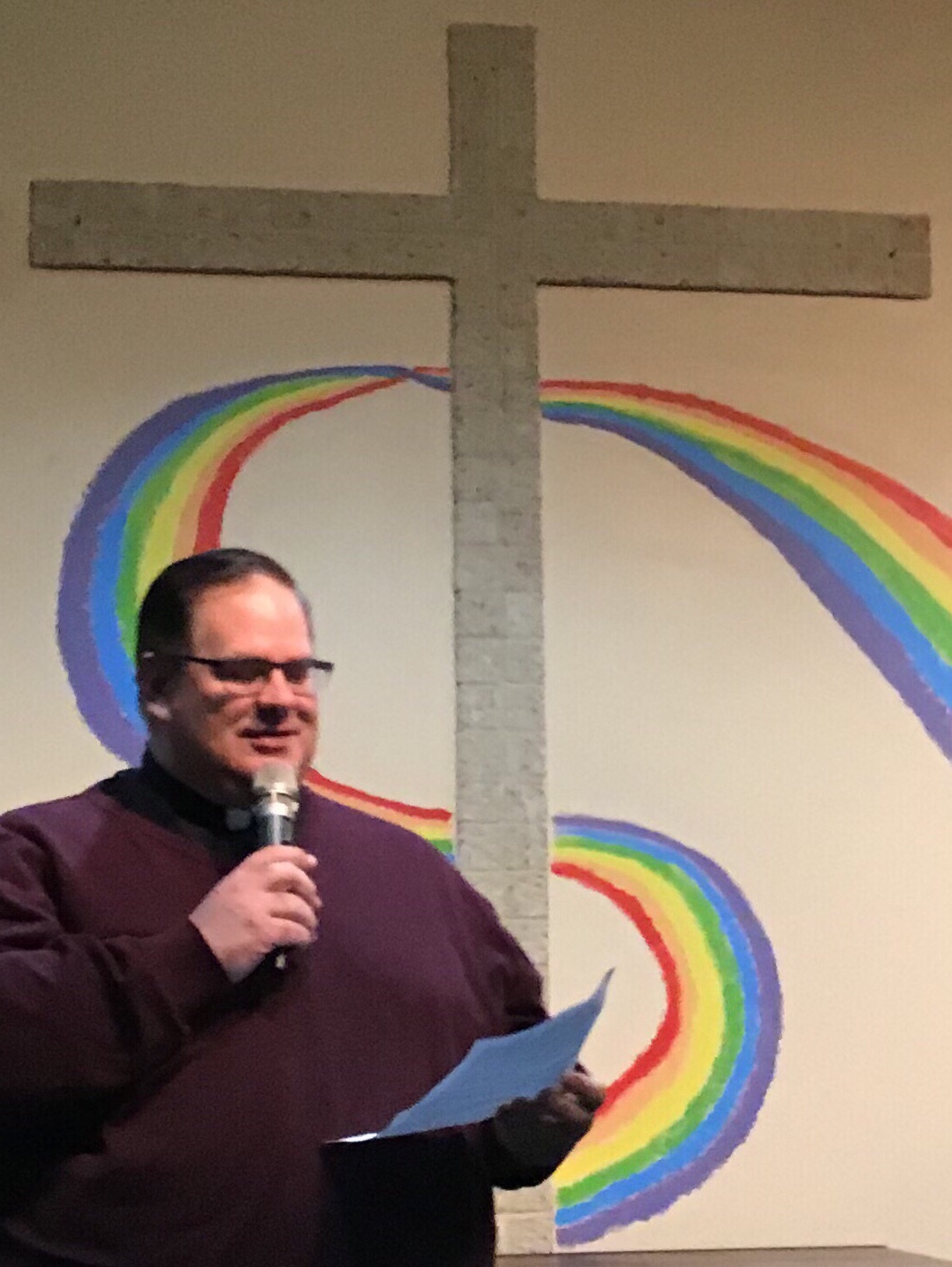 This is blog from my guest, Father Chris Bedding, of the Anglican Church. He spoke at the Star Street Uniting Church at a gathering on 25 October 2018, where members of the LGBTIQ community gathered with Uniting Church people to welcome marriage equality within the Uniting Church.

When conversations happen about the decision of the Uniting Church to offer marriage to all couples, it is not long before the ‘ecumenical question’ is raised, sometimes even by such exalted figures as former Presidents of the Assembly.

The ecumenical question, for those who don’t know what it is, goes something like this: ‘Won’t all the other Christians be crabby if we go ahead and do something that they are not doing and might that mean we can’t be friends any more because after all shouldn’t we be friends and all just kind of get along, so really wouldn’t it be better to not change anything?’.

The ‘ecumenical question’ is almost always framed negatively: ‘If we offer same-gender marriage liturgies, what if that upsets other Christians?’

But tonight, I think, it would be good to remind ourselves that ecumenism is not merely about formal, official relationships between denominational authority figures. Ecumenism is not merely about important international councils reaching scholarly consensus. Ecumenism is also local and relational. If ecumenism – that is the fostering of unity amongst Christians – is not happening at the grassroots, it is not happening anywhere.

So as an Anglican priest, with an affection for my Uniting Church friends, and fidelity to the historic Christian formulations, I would tonight like to ask a slightly different ecumenical question, that is: ‘What if marriage of same-gender couples in Uniting Churches is a gift to other Christians, which can foster unity and strengthen evangelism?’

Imagine a young Catholic woman who is lesbian. She’s been baptised and had her first communion, she’s been confirmed and joined Young Christian Students. She volunteers with St Vincent De Paul and plays violin at mass in her local parish. She’s out to her friends, her teachers and her family, all of whom support and nurture her in life and faith. Her parish priest is gracious and welcoming, but when she and her partner begin to think about marriage she knows that there will be no nuptial mass and no public affirmation.

She and her partner will always have an ambiguous relationship with the Catholic church. But down the road there is a Uniting Church where she can have a wedding, a wedding offered with sensitivity to her Roman Catholic background, and where a photo can be taken with cross and candle and table as she and her wife make their vows before God.

Or imagine a pair of Greek men in their seventies. They’ve been together for many years as a couple. It’s no big secret, but they don’t make a big fuss about it, and the priest at their local Orthodox church has no problem offering them communion. But they’ve decided to take the plunge and get married. The priest makes it clear that not only will there be no wedding ceremony of course, but once they are married they will be barred from the sacrament of communion permanently.

But nearby there is a Uniting Church where they cherish multiculturalism, and are excited to have a bible reading in Greek, and thrilled to place crowns on the heads of the happy couple, and where they open their hall for the Greek community to dance and feast until late in the night. And now and then, the two husbands come to receive the Eucharist with a Uniting Church community when they are denied it in their own.

Or imagine a student in a conservative Anglican school. It could be anywhere. In Sydney, for example, or somewhere else. They are beginning to understand that their biological sex doesn’t align with their gender, and that they are attracted to people of the same gender. They’re not particularly religious, but their school offers a steady dose of Christian teaching and worship. Their parents mainly enrolled them for the discipline and uniform and extra-curricular activities.

As they begin to discuss the possibility of transitioning, there is conflict and tension. The Principal tells their parents that no one is being expelled, but it would be better if alternative arrangements were made.

In the midst of the turmoil and stress and pain, a friend remembers – isn’t there a church that welcomes queer people? What they are called again? Do they have any schools? Sure enough, they do. And this student finds a place with fine discipline and uniform and extra-curricular activities, and a safe place to express their gender and sexual identity.

The Uniting Church in Australia, in its very foundation, has already offered an ecumenical witness to the church. I believe The Assembly decision to offer marriage to all couples is an evolution of this witness. The impact of this decision will be felt by people across all Christian traditions in this country for many years to come, because, every LGBTQIA+ Christian will know that somewhere out there is a church that will affirm them, and marry them.

Last year during the marriage equality postal survey, the ecumenical movement ‘Australian Christians for Marriage Equality’ was a decisive influence in the outcome, but also a powerful vehicle for evangelism, bringing a message of God’s hospitality to queer people and their families.

In a month’s time at Perth Pride Parade, we will march again as Christians With Pride, with people from many churches and traditions, declaring our welcome to the LGBTQIA+ community and our opposition to the destructive practice of ‘conversion therapy’.

If the ‘ecumenical question’ is ‘What if marriage of same-gender couples in Uniting Churches is a gift to other Christians, which can foster unity and strengthen evangelism?’,  I think the answer is a resounding yes. When the histories are written, this pioneering decision will be seen as one of the signs that the snow is beginning to melt, as together we fulfil the great commission.

6 thoughts on “Marriage of same gender people: a gift to the whole Church”