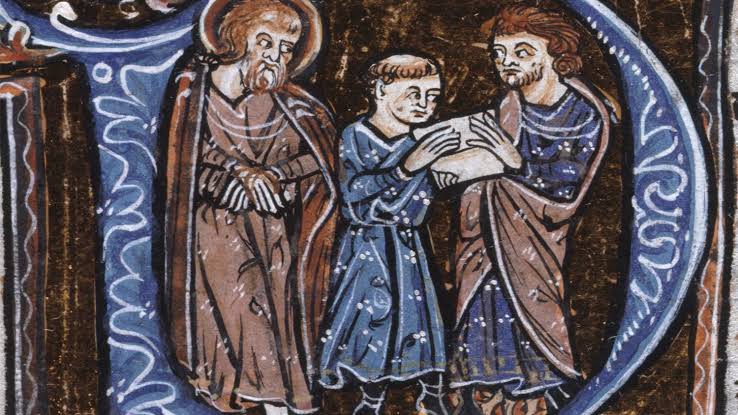 There can be no doubt that Paul functioned in a leadership role within many of the early communities of faith. He presented himself—and was accepted and recognised by others—as a father-figure within that movement.

In his shortest letter, addressed to Philemon—which is offered by the lectionary this coming Sunday—he explicitly styles himself as “father” of the runaway slave, Onesimus (Phlm 10). This is obviously not a physical claim; rather, Paul is laying claim to the role that he played in converting Onesimus; and perhaps also to the role which he wishes to play, in guiding the community of faith which meets in the house of Philemon and Apphia.

This letter reveals something of the cultural context in which Paul operates; and something of his own expectations regarding his role within the Jesus movement. It is Paul’s shortest letter; it largely follows the pattern of a first-century letter in most respects. There is an opening set of greetings, encompassing Philemon, Apphia, Archippus and the church gathered in their house (Phlm 1–3), followed by an expression of thanksgiving for the love and faith of this group of believers (4– 7).

The letter omits the traditional conveying of news in order to come straight to the point with Paul’s central petition: “for this reason…I appeal to you… welcome him” (8–22). Paul is sending the slave Onesimus with an expectation that he will be received by Philemon and company in the spirit of the gospel: “not as a slave, but as a beloved brother” (15–16).

The letter does not address the structural issues inherent in a society in which slavery is a reality. Paul simply accepts that Onesimus is, and will remain, a slave; but he exhorts Philemon to treat him with equity, as a brother. Modern sensibilities about the injustice of one human being “owning” another human being, as a piece of property, are far from the awareness of Paul, Philemon, and all slave-owning people in the society of that day.

The letter ends in typical style, with Paul’s farewell by the sending of greeting from others with him, and pronouncement of a blessing upon those who hear the letter read to them (23–25).

The situation of writing appears to overlap with Paul’s situation as portrayed in Col 4:7–18. Paul himself is a prisoner (Phlm 1, 9, 23; Col 4:18) in the company of Epaphras (Phlm 23; Col 4:12); the precise location of his imprisonment is not revealed. Close by are Mark and Aristarchus (Phlm 24; Col 4:10) as well as Demas and Luke (Phlm 24; Col 4:14). Onesimus and Tychicus are Paul’s emissaries to Colossae (Col 4:7–9); this appears to place Philemon and his fellow believers in or very near to that city, as Paul sends Onesimus to them (Phlm 12).

The letter functions as a personal commendation of Onesimus. Paul sends him to Philemon with his strong support; he is “my child” (10), “my own heart” (12), “a beloved brother” (16). When he arrives, Paul exhorts Philemon to “welcome him as you would welcome me” (17). Paul undergirds these words with the declaration that he will personally rectify any wrong caused or repay any debt owed to Philemon by Onesimus (18). The stance he takes is that of a benefactor, acting to ensure the best interests of Onesimus.

This is just a short letter, and it lends itself really well to an exercise in reading (that I used each time I taught Paul) that exposes the way that the presuppositions we bring to a text can really influence the way that we understand that text.

First, read the the letter as the character of Philemon. How do you receive the letter? What are the most important things that Paul says in this letter? What does it inspire you to want to do?

Now read the letter as the character of Onesimus. How do you receive the letter? What are the most important things that Paul says in this letter? If you were the runaway slave, what would you do?

Then, compare how you responded to the letter as each character. What, in the light of all of this, do you want to say back to Paul?