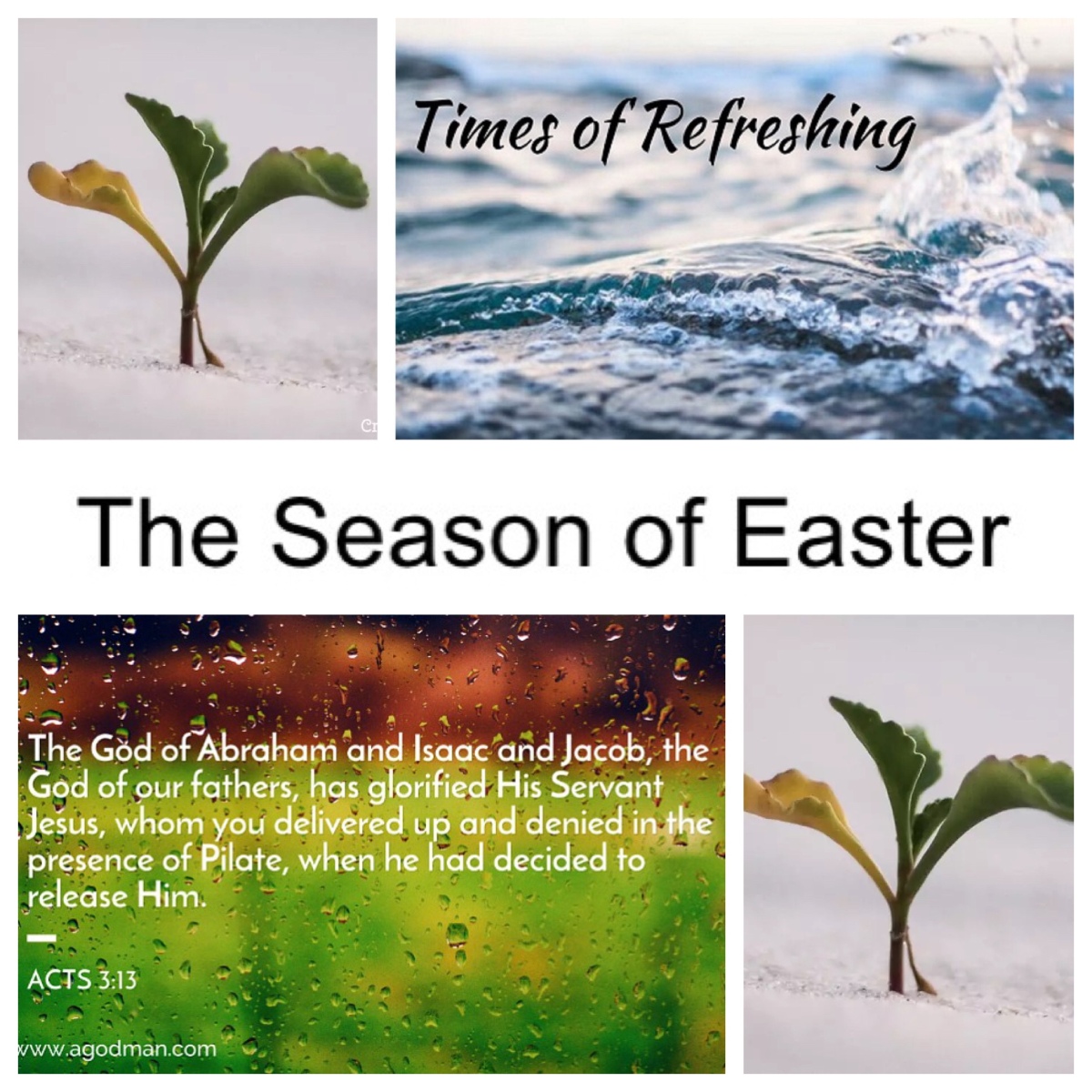 The Acts reading offered in the lectionary for this Sunday comes after an account of a healing, performed by Peter and John at the Beautiful Gate of the temple (Acts 3:1-11). The apostles heal a man who had been lame from birth. The passage we hear on Sunday places the focus on Peter, who provides an interpretation of what has taken place, just as he did on the day of Pentecost. The reading includes a part of Peter’s third speech (3:12-26).

In addition, the speech contains a number of other key elements of speeches, from the template established in Peter’s Pentecost speech. The healing took place in the name of “the Messiah, Jesus of Nazareth” (3:6; see 2:36), who is here represented to the people in ways largely familiar from this earlier speech. Jesus is the one whom God glorified (3:13) and God raised (3:15; see 2:24); he is the one of whom the apostles are witnesses (3:15; see 2:32) for of him they “see and know” (3:16).

Jesus is the suffering Messiah, in fulfilment of “what God announced beforehand through the mouth of all the prophets” (3:18). This extends the fulfilment of prophecy from Jesus’ resurrection (2:25-31) and exaltation (2:34-35) to his crucifixion. Such a claim is important for Luke; he has Paul make the same affirmation, that the suffering of the Messiah fulfils scripture, at 26:23; indeed, he places its initial appearance on the lips of Jesus at Luke 24:26. (However, Peter’s claim that “all the prophets” predicted this is surely one of a number of Lukan exaggerations.)

So the speech both reprises and develops the story of Jesus, using explicit language about how God was at work amongst these happenings, as told in 2:22-36, as well as the prophetic and apostolic witness which characterises the apostolic proclamation.

Luke reports Peter as describing the eschatological sequence in some detail (3:19-21). The sovereignty of God is clearly in focus in this eschatological process: God will wipe out sins (3:19b) because people will have already repented and turned to God (3:19a); “times of refreshing” will come “from the presence of the Lord” (3:20a); and God will then send the appointed Messiah (3:20b).

After this, there is an interim period, as the ascended Jesus remains in heaven (cf. 1:11; 2:33), awaiting “the time of universal restoration” which will implement what God has long ago promised (3:21). The delay occasioned by this waiting does not signal a breakdown in God’s providential control of events, for Jesus remains in heaven by divine decree (he “must”, 3:21). This concentrated eschatological proclamation thus underlines the continuing sovereignty of God, which is especially manifested at the end times.

The “times of refreshing” may refer to Jesus’ teaching that “the Lord will cut short the end” (Mark 13:20, but omitted in Luke 21); the sense of “refreshing” is of a breathing space before the next event in sequence takes place (see Exod 8:15).

The “time of universal restoration” transcends the earlier question of the disciples concerning the restoration of the kingdom to Israel (1:6); here, restoration has a universal scope. It may thus correlate with the eschatological events which Peter has already reported at 2:17-21 (citing Joel 2:28-32; see also Mal 4:5-6).

References to the eschaton also appear in Peter’s Caesarea speech (10:42) and in Paul’s Areopagus speech (17:31). On these occasions, however, the description of the eschaton is limited to noting the role that Jesus will perform, as the one “ordained” (10:42) or “appointed” (17:31; cf. 3:20) to execute God’s judgement. Nowhere else in Acts do we find the fulsome eschatological description offered in this speech by Peter at Solomon’s Portico.

The time of universal restoration which Peter declares is that which “God spoke through the mouth of his holy prophets” (3:21; cf. Luke 1:70). In addition to the exaggerated claim that “all the prophets … predicted these days” (3:24), Luke has Peter cite specific scriptural passages in support of his statement about the eschatological role of Jesus.

This eschatological act of God is still awaited. It is the decisive action which provides the springboard for Peter’s demand for repentance (3:19). Waiting for the coming kingdom is not simply a passive, do-nothing time. It requires active waiting—so Peter concludes his speech by urging the people to “turn, each one, from your sins because God raised up his son and sent him as a blessing to you” (3:26, as a fulfilment of the promise to Abraham cited in 3:25).

In addressing the issue posed in 3:12, Peter thus uses the affirmation that God has been at work in the healing, as the basis for expounding God’s eschatological actions, which will bring blessing to the people. Looking at what has happened in the immediate situation provides an important clue for understanding the larger scheme of things. That might be a clue for how we operate as the church today: sensing that each small, hopeful happening is a glimpse of what is still to come in the overarching plan of God.