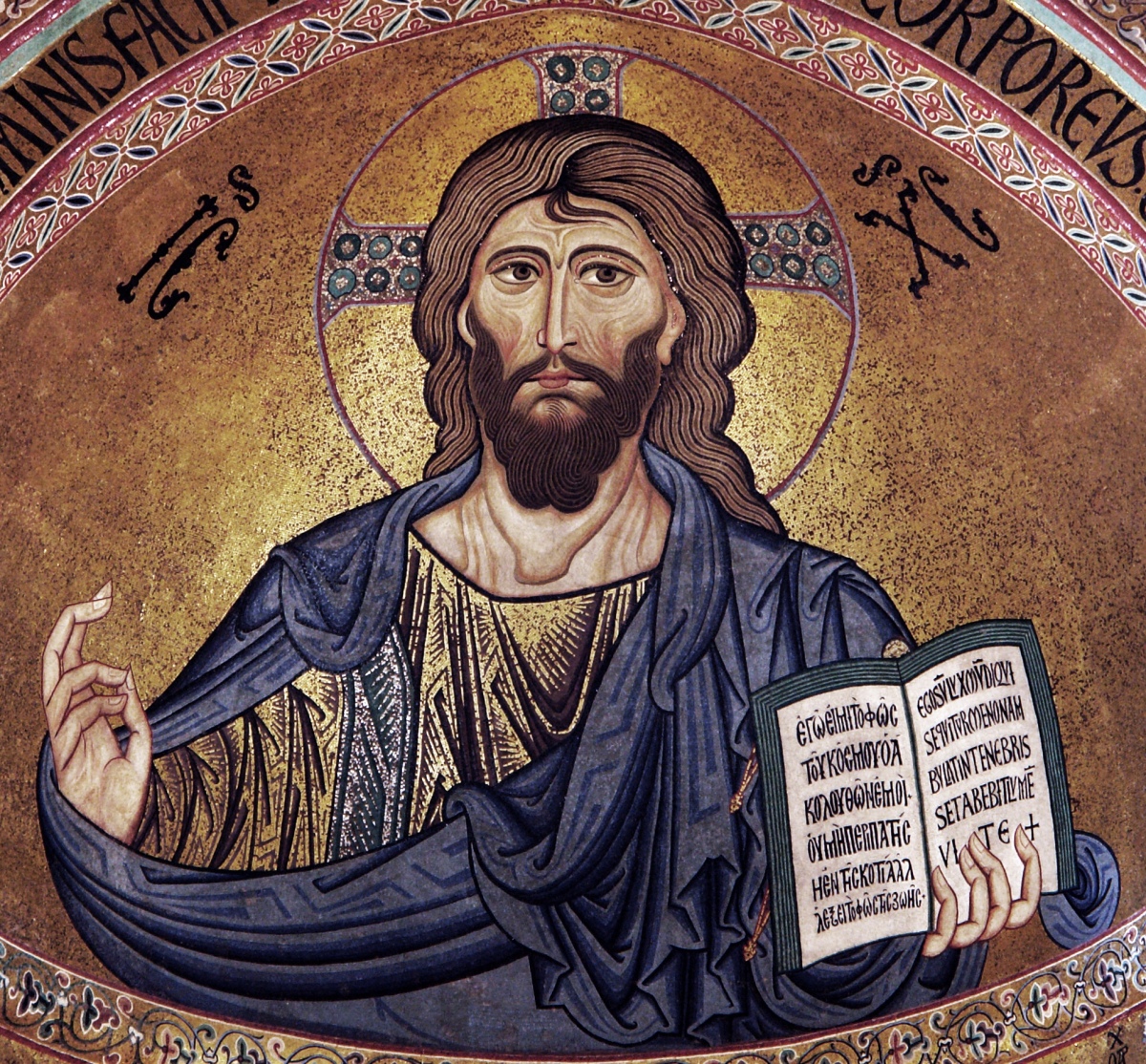 We probably know this collection of teachings from Jesus better, from the way that it is reported in the Gospel according to Matthew:

In that Gospel, Jesus is seated, in the traditional teaching stance of the Rabbi, at the top of a mountain, the traditional location for encountering the divine; and he seems to leave the crowd behind, for he is gathered with just his disciples, so it would seem.

In this somewhat irenic, relaxed setting, Jesus pronounces eight blessings (or eight beatitudes, using this unusual word which is derived from Latin), before he launches into his detailed teaching. And the blessings all seem to be oriented to spiritual realities: poor in spirit, pure in heart, hungry for righteousness.

However, in the version we have heard today, from the Gospel according to Luke, Jesus is standing, in the traditional pose of a Greek orator, and he is on a level place, at the foot of the mountain, rather than at its top. He is surrounded by a crowd of people looking for help.

And in Luke, Jesus speaks only four blessings, or beatitudes; and the blessings are all very tangible, material, earthed: the poor, the hungry, those who grieve. Then, only in Luke, they followed immediately by four matching curses, four woes, which are equally earthed, grounded in the realities of daily life.

That pattern, of blessings matched by woes, is thoroughly prophetic; that reflects the standard way of operating for so many of the prophets of Israel who had come before Jesus.

This prophetic pattern, introduced early in Luke’s story, will continue throughout his Gospel. Jesus is in the line of the prophets. Indeed, it is only in Luke’s Gospel (chapter 7, verse 16) where we hear the scene that ends, “fear seized all of [the people]; and they glorified God, saying, “A great prophet has risen among us!”.

So, here is this Jewish prophet, standing to declaim, like a Greek orator, not sitting to teach, like a Jewish Rabbi, focussing, not on the spiritual realm, but on the very stuff of everyday life. Already, Luke is painting a complex picture.

Indeed, Luke reports that Jesus gives his blessings and woes in the midst of “a great crowd of his disciples AND a great multitude of people”, and they are peppering him with requests for their diseases to be healed and for their unclean spirits to be banished. It is not at all a restful setting.

And further, Luke signals, very clearly, a quite specific interest that he has, in telling his version of the story of Jesus. For he specifies the places from whence the great crowd had come: there are Jews, from all Judea, and from its capital city, Jerusalem; and then there are people who have come, so he claims, from the northern coastlands of Tyre and Sidon—an area where there were more Gentiles than Jews (the area we today know as Lebanon).

These people to whom Jesus relates are drawn from across a range of locations, they come from different cultures, speaking different languages, bringing different customs. Luke deliberately locates Jesus within this multicultural setting. That’s already a contrast to the Gospel of Matthew, in which Jesus clearly and explicitly instructs his disciples to speak only to “the lost sheep of Israel”, and to have nothing to do with Gentiles and Samaritans.

In Luke’s story, such outsiders are already there from the start, and the teachings, healings, exorcisms, and parables of Jesus, all take place in the midst of this seething swirl of human beings, drawn from the chosen people of Israel, but also from those suspicious neighbours who have become enemies, the Samaritans, and even those not-to-be trusted outsiders, the Gentiles.

So the setting is significant—Jesus is not “on retreat” with “the inner circle”, as Matthew infers, but he is immersed into the realities of daily life, with people from all over. The words that he offers will need to speak into that noisy, needy mass of human beings. And that sets the direction of mission to be followed by the followers of Jesus, in the first century, as also in the twenty-first century.