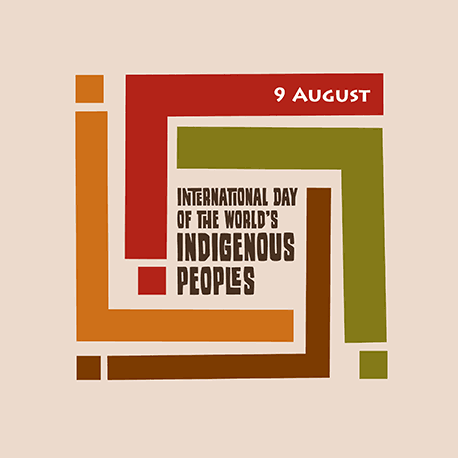 A person’s right to use his or her chosen language is a prerequisite for freedom of thought, opinion and expression, access to education and information, employment, building inclusive societies, and other values enshrined in the Universal Declaration of Human Rights.

Many of us take it for granted that we can conduct our lives in our home languages without any constraints or prejudice. But this is not the case for everyone. Of the almost 7,000 existing languages, the majority have been created and are spoken by indigenous peoples who represent the greater part of the world’s cultural diversity.

Yet many of these languages are disappearing at an alarming rate, as the communities speaking them are confronted with assimilation, enforced relocation, educational disadvantage, poverty, illiteracy, migration and other forms of discrimination and human rights.

It is estimated that, every 2 weeks, an indigenous language disappears, placing at risk the respective indigenous cultures and knowledge systems. That is why, on this International Day, the goal is to draw attention to the critical loss of indigenous languages and the urgent need to preserve, revitalize and promote them at both national and international levels.

It is believed that there were more than 250 Indigenous Australian languages, as well as 800 local dialectal varieties, which were spoken on the continent of Australia at the time of European settlement in 1788. Today, only 13 of those traditional Indigenous languages are still acquired by children. Approximately another hundred or so are spoken to various degrees by older generations, with many of these languages at risk as Elders pass away. 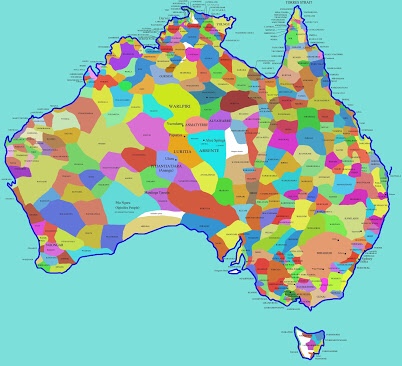 A map indicative of the language groups across the continent (in the image above) was created in 1994 to illustrate the diversity of Indigenous cultures across the continent. It includes many language groups but is not definitive in this regard; it provides a visual representation of that cultural diversity. The map was developed along with the Encyclopedia of Aboriginal Australia as part of a national research project. The Encyclopedia is available in libraries and contains more detailed information about the groups represented on the map.

Today Aboriginal and Torres Strait Islander people across Australia are speaking out about the need to maintain, preserve and strengthen Indigenous Australian languages. There is currently a wave of activity, with people in many communities working to learn more about their languages, and to ensure they are passed on to the next generation.

An important resource for the preservation and revival of Aboriginal and Torres Strait Islander languages is the Australian Indigenous Languages Collection maintained by AIATSIS. The collection brings together over 4500 items such as children’s’ readers, bible translations, dictionaries, grammars, vocabularies, works of imagination and learning kits in 200 languages. The collection’s significance was recognised in 2009 when it was added to the UNESCO Australian Memory of the World Register.

Approximately 20 dictionaries of Australian Indigenous languages are being supported through the end of production cycle. This includes what will become an iconic Warlpiri encyclopedic dictionary, based on 60 years of research by teams of speakers and linguists, to support language maintenance in that community, and a facsimile edition of The Sydney Language (1993), to support language awareness and revival of the language which the First Fleet first encountered in 1788.

In 2016, then Prime Minister Malcom Turnbull made history by being the first Prime Minister to speak an Australian Indigenous language in a parliamentary speech. He gave an acknowledgment of country in Ngunawal for the annual Closing the Gap speech. The acknowledgment was written by Ngunawal men Tyronne Bell and Glen Freeman, with assistance from AIATSIS linguist Doug Marmion. This is particularly significant as the Ngunawal language has not been spoken fluently for almost a century, but AIATSIS has been working with the Ngunawal community for several years to revitalise it.

I have taken the above information from these websites: