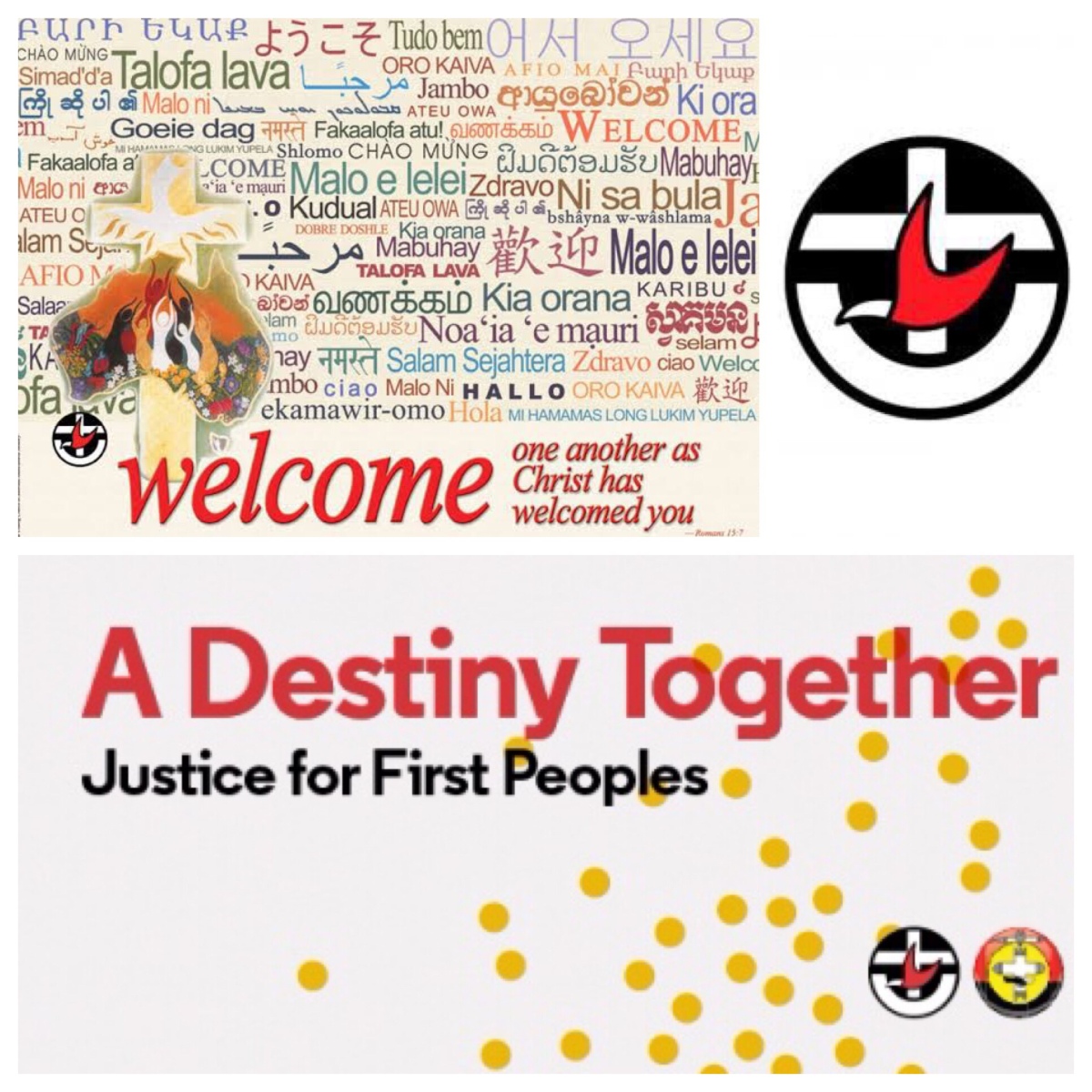 VI A very important dimension to being the church in this country is that we are a church in Covenant with the First Peoples of Australia. From its earliest years, the Uniting Church has been involved in actions which express our solidarity with the Aboriginal and Torres Strait Islander peoples. Older members will recall events at Noonkanbah Station in the Kimberley in 1980, when Uniting Church members stood in solidarity with the traditional owners, the Yungngora people, against the mining of their land.

The Uniting Aboriginal and Islander Christian Congress (UAICC) was established in 1985, and a Covenant between the UAICC and the UCA was implemented in 1994. This Covenant recognises that working for reconciliation amongst people is central to the Gospel.

In 2009, the Preamble to the UCA Constitution was revised to recognise the difficult history of relationships between the First Peoples and the later arrivals, as Second Peoples. Our present relationship is one which seeks to ensure that we commit to the destiny together which we share as Australians.

VII In the same year that the Congress was formed, the Uniting Church declared that it is a multicultural church, which rejoices in the diversity of cultures and languages which are found across Australia. The Basis of Union recognises that we share much, as Australians, with people of Asia and the Pacific. The Uniting Church has maintained strong relationships with churches from these regions, as well forging new links with churches in Africa and the Middle East.

The Statement to the Nation, issued in 1977, acknowledged that the Uniting Church seeks a unity that transcends cultural, economic and racial distinctions. Within Australia, there are currently 12 national conferences based on regional groupings and people from 193 language groups who belong to the Uniting Church.

Each Sunday, worship takes place in Uniting Churches in 26 different languages, not including the many indigenous languages used in worship by first peoples across our church.

Through UnitingWorld, we maintain partnerships with churches in Asia, the Pacific, Africa and the Middle East. We are truly a multicultural church. Through the Relations with Other Faiths Working Group, the Uniting Church has been active in developing relationships with other faith communities. We are firmly committed to constructive interfaith relations.

VIII Over 40 years, the Uniting Church has shown that it is a church which is prepared to engage in difficult discussions about contentious issues. Our Basis of Union commits us to learn from the insights of contemporary scientific and historical studies, and affirms that we remain open to correction by God in the way we order our life together.

In the early years of the Uniting Church, debates about Baptism were the focus of great controversy. Infant baptism had been an integral part of the worship practices of each denomination which joined the Uniting Church, but Ministers and Elders Councils were receiving regular requests for baptism by adults who had been baptised as infants but had come to a personal faith later in their lives. After debates stretching through the 1980s and 1990s, the Uniting Church has developed a clear set of protocols to cover such requests.

Another area of enduring controversy has been that of human sexuality. There is a wide diversity of opinion within society relating to such matters, and this diversity is present within the Uniting Church. Once again, from the 1980s though into the present era, lively debates regarding human sexuality have taken place in the various councils of the church. In dealing with such issues, we have learned how to debate with respect and integrity with ongoing conversations looking to employ a “Space for Grace” process to encourage respectful, empowering, and inclusive decision-making. Let us hope that this trait stays firmly embedded in the DNA of the UCA.

IX The Uniting Church inherited from its predecessor Churches a strong commitment to advocating for justice for all. Many Uniting Church congregations and members are actively committed to serving those people who find themselves on the margins of society. This commitment was clearly articulated in the 1977 Statement to the Nation and it has been evident in many actions undertaken by Uniting Church members over the decades.

The Uniting Church has joined in common cause with other groups and organisations in society, in advocating for a welcoming attitude towards refugees; in lobbying for a fair and just system of caring for people who are experiencing poverty and homelessness; in seeking equity for workers in their workplace; and in many other issues.

A regular stream of policy documents and public resolutions point to a clear and unbroken commitment to seeking justice for all.

X In like manner, the Uniting Church has always been a church which honours the environment and supports a sustainable lifestyle.

Although such matters are firmly on the radar of the public now, they have long been integral to the DNA of the UCA. Once again, the 1977 Statement to the Nation flagged such commitment. A series of subsequent documents attest to the ongoing determination of the church to live responsibly, in such a way that we minimise the damage we cause to the environment in which we live.

Our partnerships with Churches in the Pacific have intensified our awareness of the negative impacts that are resulting from climate change. We know that we need to act now, to reduce the threat.

So, many congregations and individual members of the UCA are seeking to implement practices that will reduce their carbon footprint on the planet. We know that we owe it to future generations, to live responsibly in the present.

So: these are ten strands to our DNA, as far as my thinking is concerned. What about you?

Would you add anything? Take anything away?

What do you think are the essential aspects of our UCA DNA?