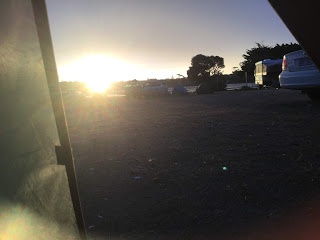 We know that climate change is a reality, and we are seeing more frequent and more intense extreme weather events (floods, fires, heatwaves). This is a blog from a guest blogger, Vivian Harris, on how to cope with heatwaves.

Vivian blogs from Bega on the south coast of NSW, where she writes the Climate Action Blog (Sharing our journey to a low carbon future and fighting for climate action) at https://climateactionbega.blogspot.com/2019/01/climate-migration.html She was previously an active member of the Queanbeyan Uniting Church, which recently reposted this blog.

We have just sweltered through another heatwave with climate change making them more frequent and more intense. It can be tempting to retreat to our house, turn the air conditioning (if you have it) up full bore and binge watch on Netflix.

Heatwaves need to be taken seriously. They kill more people than any other natural disaster in Australia (including bushfires). They kill older people, children, people with chronic diseases, outdoor workers and bush walkers.

So how can we keep ourselves cool without contributing excessively to even more and worse heatwaves?

Pay attention to heatwave warnings and prepare with salads and plenty of ice blocks and ice cubes.

Close up the house in the early morning. Close windows and curtains/blinds in the entire house.

Turn off lights and any appliances that don’t need to be on. All electric appliances emit heat as they work (including televisions). Plan not to cook anything because that puts a lot of heat into the house. Put boiling water in a thermos for later.

Close off all rooms you don’t need be in, particularly those on north or west side of the house. Minimise the space you need to cool.

Don’t put air conditioning (if you have it) on until it is uncomfortable and when you do set it to 25 degrees Celsius not 18. Turn it on for short burst only rather than all day. Evaporative air conditioners are much cheaper to run and these work more efficiently by turning them on low early on the days that are forecast to be hot, than running them on high and trying to bring the temperature down.

Put off doing anything that requires you to go outside in the hottest part of the day.

Use fans and wet clothing to cool yourself.

Don’t have cold showers. Cold showers close down your surface circulation which is how your body cools the core temperature. Have a warm shower it will cool you better long-term.

Ice packs on your neck can help drop your core temperature.

Open up the house at night to get air flow and cool the house down. Open windows, curtains, leave doors on screen doors.

Find public places, like libraries, public buildings, movie theatres and shopping centres with air conditioning to spend the day in.

Move mattresses to the coolest part of the house to sleep.

Sleeping with a wet tea towel on you and a fan can drop your core temperature enough to get you to sleep.

Stop the heat getting into your house by blocking it before it gets to your windows or walls. Use greenhouse material in front of windows/walls.

Plant more trees. We have all felt the drop-in temperature when you walk into a park with old mature trees on a hot day. Plant non-deciduous trees on the western side of your houses and deciduous tree on the north (we still want to get heat in in winter). Planting trees is the best way to reduce the urban heat island effect that can see temperatures of 70 degrees Celsius in areas with lots of concrete and roads.

Build a pergola with a deciduous vine on the north side of the house.

Insulate the walls and ceiling. Install a ceiling fan.

Don’t build a house that depends on air conditioning to keep it cool. Houses can be built that use insulation and air flow to keep them comfortable in heatwaves and winter.

Put on solar power so you can turn on air conditioning without contributing to further heatwaves.

Campaign to get your local council to plant more trees along your street.

Heatwaves are here for the long term. We need to learn to adjust our behaviours and houses to cope with it.