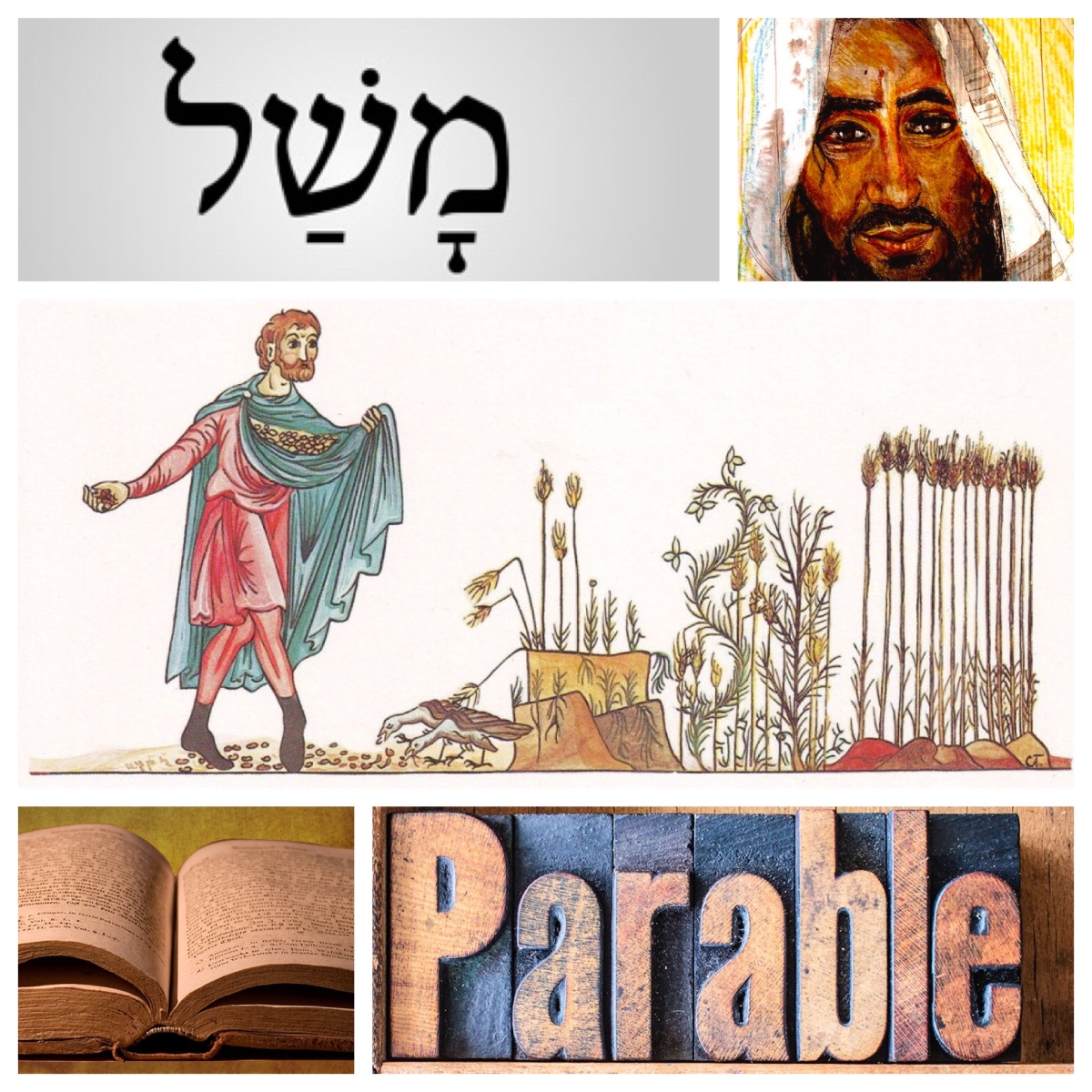 Jesus used parables as the chief means of his story-telling. A parable is a story told in a specific way to make a single clear point. Parables are conundrums. They contain unresolved tensions. They invite multiple understandings. They press for exploration and investigation. We have another parable in the Gospel reading for this coming Sunday!

The accounts of Jesus that we have in scripture—Mark’s beginning of the good news of Jesus, Matthew’s book of origins of Jesus, Chosen One, and Luke’s orderly account of the things fulfilled—each contain a number of parables. Even in John’s book of signs, there are some parable-like sections, buried in the midst of the long discourses that this book contains.

As with last week, so also this week we are given a parable, followed immediately by an interpretation of the parable. I had a spout last week about the way that a later allegorising understanding of the parable has been placed on the lips of Jesus, in this Gospel account. You can read that at https://johntsquires.com/2020/07/09/parables-the-craft-of-storytelling-in-the-book-of-origins-matt-13/

I don’t believe that Jesus would have spoken the words in this interpretation (13:26-43). I think it is a later addition from a tradition that found it hard to leave the parable standing in its own right. Somebody, somewhere, wanted to offer a definitive reading. The same thing happened last week, as the parable of the seeds and the sower was interpreted in a certain way (13:18-23). It has happened again this week, in relation to the parable of the weeds and the wheat (13:24-30).

In the parable itself, there is a simple contrast drawn between the weeds and the wheat. That is typical of parables that Jesus told. A number of these parables were short and direct, making a single point and needing little explanation: see the parables of the treasure (13:44) and the pearl (13:45), for instance. This made the parable easy to remember and repeat orally.

These parables are little more than an introduction (“the kingdom of heaven is like…”) and a single image which is used to describe a characteristic of the kingdom (hidden treasure, or fine pearls). The first part of this week’s parable (13:24-26) has this form. It is short and direct.

It starts with the classic introduction, “the kingdom of heaven may be compared to …”. It goes on to tell of the good seeds, which grow into wheat, and the bad seeds, which grow into weeds. This part of the parable has a simple contrasting form, like the parable of the good fish and the bad fish caught in the net, as told in the last of the seven parables (13:47-48).

But the parable has a story attached to these weeds among the wheat (13:27-30). So Jesus continues with a little plot development, which brings in a reflection on the human characters who sowed the seeds. In this regard, this is like other parables of Jesus, which are a little more developed; they still make a single point, but it is developed or explained a little more.

The parable of the mustard seed (13:31–32) is a good example of this. This parable uses the same introductory phrase and conveys its main point in an image (mustard seed, 13:31) which is further developed to convey what happens to the mustard seed as it grows and forms “the greatest of shrubs” (13:32).

So the plot of the parable of the wheat and the weeds continues until the punchline is reached. It is not during the growing that any distinction is to be made; it is at the harvest that this distinction is enforced. Wheat that grew from good seeds is to be collected and stored; weeds that grew from bad seeds are to be bundled and burnt (13:28-30).

That much, as a parable, has a clear message: don’t intervene into the process of growing, don’t judge (recalling 7:1), but let the end result of the process of growing be the moment when the judgement occurs. And that taps into a strong interest, throughout the book of origins, for depicting Jesus as the preacher of judgement.

In the previous chapter, a quotation from the prophet Isaiah (Isa 42:1-4, at Matt 12:15–21) includes an extended quotation from Isaiah 42, where the servant of the Lord proclaims judgement to the Gentiles and they are said to have hope in his name (presumably because they repent and believe him). This is the function that Jesus, as God’s servant, the Chosen One, carries out. It’s not for us human beings to take on the role of judge. That belongs to God, carried out through his chosen agent, Jesus.

The parable of the wheat and the weeds has an intensity because of its focus and orientation towards this fearsome judgement, executed by Jesus in obedience to the desire of God. The interpretation of the parable defuses the intensity of the parable by fussing about what each element refers to: the Sower is the Son of Man, the good seeds are the children of the kingdom, the bad seeds are the children of the evil one, the enemy is the devil, and so on (13:39).

The interpretation ends with a repetition and expansion of the scene of judgement that ended the parable—but the good seed is not simply stored, it morphs into the righteous in the kingdom, and the bad seed is not burnt as seed, but it becomes the ones who disobeyed the law, burning in the furnace (13:41-43). And there will be “weeping and gnashing of teeth” (13:42; see also 13:50; 22:14; 25:30). So the same punchline holds in this section, as in the parable itself.

Interestingly, the interpretation ends with the same punchline that concluded the parable of the seeds and the sower: “let anyone with ears, listen!” (13:53, cf. 13:9). Jesus continues to press the point. Judgement is inevitable.

This blog draws on material in MESSIAH, MOUNTAINS, AND MISSION: an exploration of the Gospel for Year A, by Elizabeth Raine and John Squires (self-published 2012)