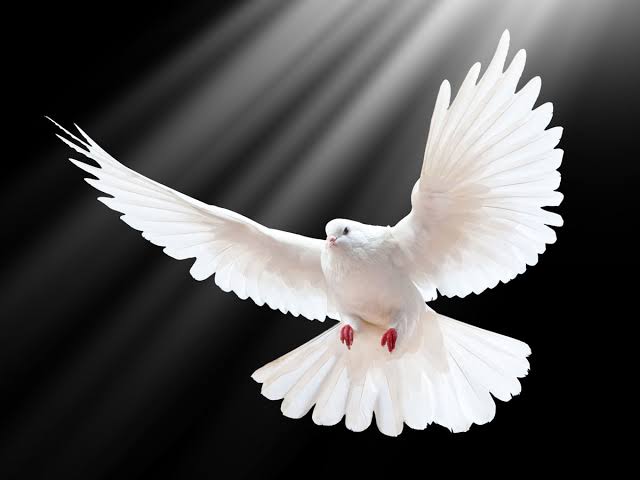 It’s 100 years, this weekend, since The Armistice was signed to end The War to End All Wars. In theory, that meant that war would end, and peace would prevail. It is an important moment, to recall that event, and to assess the consequences. Sadly, it has not been a century of peace; far from it.

So, this weekend, I am pondering peace, and worrying about war.

When we look at those 100 years, it is clear that warfare and violence has won the day (think Germany and Japan, Korea and Vietnam, Malaya and the Falklands, Israel and the Six Day War, Iraq and the Gulf, the Sudan and the Congo, Bosnia and Kosovo, the Taliban and Al-Qaeda, Afghanistan and Iraq and Syria … and countless regional and civil wars in many—far too many—nations). And so, we ponder peace; where did it go?

As I have been pondering, over recent days, I have reflected also on my developing relationship with peace and war, with conflict resolution and the violence of warfare. I can identify a number of critical moments in my life, when such issues were to the fore. I have been reflecting on them this week, as the anniversary of the Armistice draws near, and as I prepare to take part in The Perth Peacemaking Conference, which my church and other denominations have organised to mark that anniversary.

At school, I belonged to a Cadet Corps. It was not compulsory to do so, but it was highly encouraged. We were expected, I suppose, to join up and learn discipline, respect, obedience, and co-operation in our weekly cadet meetings. I think I learnt those lessons. I found my niche in the cadet band, and so learnt to play brass instruments, as well as how to march in time and how to scrub up neatly. (Well, I did then. As for now …….)

But I was also provided with a rifle, and instructed on how to use it, how to apply safety precautions, how to dismantle and reconstruct its firing mechanism—and how to shoot. To aim at a target, which was the substitute for a human body. Taught how to do this, as were all cadets. As are all soldiers. Trained in how to inflict injury which debilitates or indeed which kills. It was not my preferred pathway. I did as I was told. I did not like doing this.

As a young adult, I engaged in many “robust conversations” about peace and war. I maintained that I was a pacifist. I never had to put that to the test. I was of the generation that was required to register for National Service. I had many debates, with my schoolmates, and with other young people in my church youth group, about the wrongs and rights of registering. I was of a mind not to. But in the year before I needed to decide, the government changed, and the law changed. I was never put to the test.

One day, before the law had changed, the Headmaster of our school—a church school, so he was an ordained minister as well as an experienced educator—wrote a letter to the newspaper, arguing that the right and moral thing to do, was for young men to refuse to register for National Service. I already appreciated him. He became my hero! There was great controversy, and fairly soon after that, he ended his time at the school: a disgrace in some people’s eyes, a fine leader for others.

From this sequence of events, I learnt the importance of being clear about the central values of my life. Of relating them to my faith. Of being committed to ethical action. And I learnt that holding to principles could be challenging, demanding, and confronting.

Some years after leaving school, I married Debbie and together we had three children. I learnt that my father-in-law, a quiet and reserved man, had served in the Australian Armed Forces during World War II. He saw active service in a number of theatres of war in Greece and the Mediterranean region. One night, late at night, he started to talk to me about his experiences.

He talked. I listened. He kept on talking. I was stunned by his stories, by the experiences that he had been subjected to, by the damage that war can do inside a person. Some days later, I talked with my wife about what her father had said. She was caught unawares. He had never talked about his war experiences with the family. She knew nothing about what I had heard. I felt privileged. But I also felt sadness … and a deep, deep compassion for this man, who had borne such intense and deep emotions throughout the course of his adult life, held close to his heart, a long term personal secret.

I learnt that war has many costs. That some are obvious, easily identified. But others are submerged, hidden, even repressed. And that is damaging. The cost of war is immense.

Years later, after much water had flowed under the bridge, I married again. I shared with my wife, Elizabeth, a love of family history. As we researched our family lines, we made discovery after discovery about a host of ancestors in each of our families. Her grandfather had served in the Light Horse in Word War I. He took part in the capture of Damascus in October 1918. We talked together about what that must have been like. She asked her father about what he knew from his father. The story started to fill out, bit by bit.

It became evident that my wife had a number of family members—great-uncles, mostly—who had also served in WWI, of whom near on a dozen had died in battle or as a result of war. We researched their stories and read their service records online. We read the Battalion reports. We visited the National War Memorial library in Canberra and placed poppies in the wall alongside each of their names. We encountered stories with deep tragedy, heart wrenching descriptions of battles and injuries and deaths. There were stories of heroism in the heat of battle.

We spent some time in the northern hemisphere, located the graves of many of these men, and visited each of them in turn. Elizabeth sang a song at each of the gravesites. It was intensely emotional, deeply moving. The tragedy and injustice of what warfare does to individual lives, to families and communities, was etched deeply in my heart.

At one and the same time, I honoured these young men for their courage and valour, yet also lamented and detested the system which had recruited, trained and equipped them to serve in such a vain cause; the system which damaged each of them, and ultimately denied them a long and full life as adults. They each died young, too young. Far too young. Each enlistment ended in death. Each life was cut short. I couldn’t value war. I couldn’t support it as a viable tool for resolving conflicts. It was damaging, far too damaging.

Yet I valued the commitment, the actions, the dedication of each of those men, especially as I read the accounts of the battles that they each were involved in. There were situations of desperation, and acts of heroism; there were medals and awards, recognising these acts. And, in the service records, there were letters infused with pathos. Letters to bereaved parents. Letters which were stark and sad, identifying tragic moments in life.

War causes such pain, such turmoil, such hurt, such dislocation.

Yes, going to war is seen by many as a legitimate way to resolve disputes and solve arguments, on a large scale. There have even been, through the ages, sophisticated arguments mounted to justify warfare. Fighting evil is seen as essential. War is reckoned as the way to do this.

But war has many consequences. It damages individuals, communities, societies, and nations. It has many more innocent victims than the casualty lists of enrolled personnel indicate. And there is abundant evidence that one war might resolve one issue, but often will cause other complications which will lead to another war. Look at the outcome of the Armistice at the end of World War One: we can trace a direct sequence of events that led from World War One to World War Two.

So, today, as I worry about war, I ponder peace. Sometimes, pitched battle warfare seems to be the only possible way forward. Yet, overall, a commitment to peace is surely what we need to foster. An aversion to war is what we need to develop. A culture of respectful disagreement and honest negotiation, rather than pitched rhetoric and savage violence, is surely what we ought to aspire towards.

Here are some details about The Perth Peacemaking Conference 2018