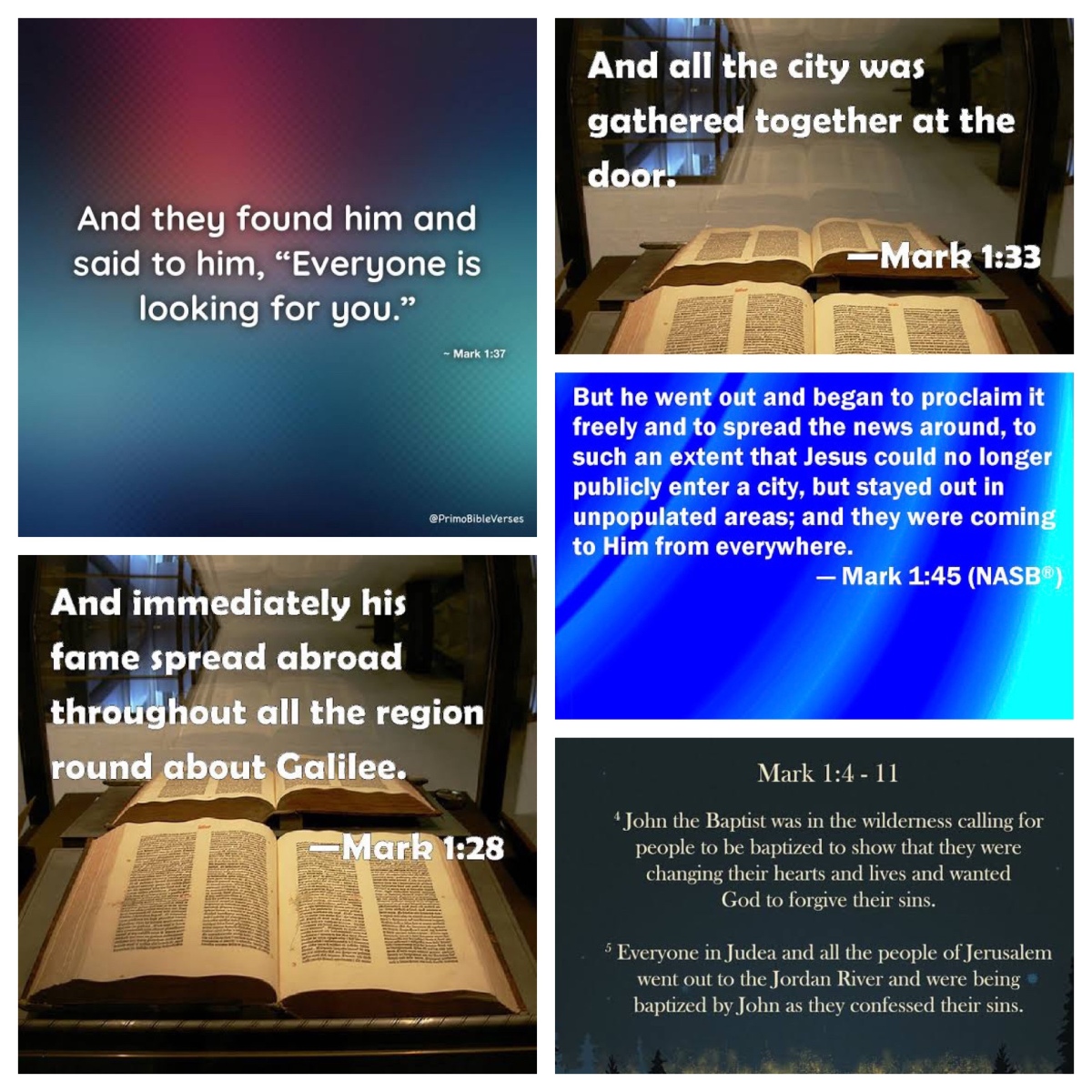 Should we take everything we read in the Bible as clear, unquestionable fact? I don’t think so. But that doesn’t mean that we toss everything out. We need to be critically discerning.

This Sunday’s Gospel reading is a case in point (Mark 1:29-38). There’s a brief reference to a crowd scene, outside the house of the mother-in-law of Simon Peter, in Capernaum. After the healing that took place inside, word spreads, and people begin to gather outside. That then provides the basis for the healing and exorcising activities of Jesus (1:29-34).

How big was the crowd that gathered outside the house? Mark makes the claim that “the whole city was gathered around the door” (1:33). Now that is some crowd: the whole population, outside one house in the town!

It is thought that the population of a town like Capernaum in the first century would have been about 1,500 people. So that’s quite a crowd squeezed into the street next to this little house!

For myself, I take such a claim with a pinch of salt. (That’s a saying that is thought to have originated with Pliny the Elder, who included a recipe for an antidote to poison, in his Natural History, that included “a grain of salt”.)

In other words, whilst there is some truth to what is said, let’s not take it uncritically, unthinkingly, literally. There were lots of people there; but not every one, not every single inhabitant of Capernaum. Mark most likely is here exaggerating.

He has already indicated that Jesus was with “people from the whole Judean countryside and all the people of Jerusalem” (1:5). After his teaching in the synagogue in Capernaum (1:21), he becomes renowned “throughout the surrounding region of Galilee” (1:28), visited by “all who were sick or possessed with demons”, indeed by “the whole city” (1:32-33).

Then he is told that “everyone is searching for you” (1:37), and so he sets off, touring throughout Galilee (1:39), where “people came to him from every quarter” (1:45). Much later in the story, Mark declares that in Jerusalem, “the whole crowd was spellbound by his teaching” (11:18).

Lots of exaggerations there!

We find the same in Luke’s writings. For instance, after they were arrested in Philippi and incarcerated in prison, Paul and Silas are praying. Suddenly, we read that “a great earthquake” shakes open the prison doors (16:26). The universal scope of the earthquake’s impact (“all the doors opened … everyone’s chains unfastened”) is striking, but perhaps a Lukan exaggeration. Everyone was set free? Really?

And Matthew is not immune from the same tendency. Some of the sayings of Jesus that are reported in this Gospel reveal the same tendency to extremism, hyperbole, exaggeration. For instance, “If your right eye causes you to sin, tear it out and throw it away… and if your right hand causes you to sin, cut it off and throw it away; it is better for you to lose one of your members than for your whole body to go into hell”. (Matt 5:29). Who obeys that command?

And similarly, “Why do you look at the speck that is in your brother’s eye, but do not notice the log that is in your own eye?” (Matt 7:3) Who has ever had a log of wood in their eye? A splinter, maybe— but not a log. And when Jesus condemned the Pharisees , he berated them as “Blind guides, who strain out a gnat and swallow a camel!” (Matthew 23:24). Again: imagine swallowing a camel. Urgh. That has to be excessive exaggeration, told for dramatic impact, and not an actual documentary description.

So let’s not get hung up on rigid literalistic readings of scripture. Let’s allow for the artistic input of each evangelist—and, indeed, for the creative impact of Jesus himself, as he exaggerates and overdraws his words for the sake of making an impact. And let’s read with careful attention to the symbolic sense of the story, rather than focussing on the words as the literal truth.

And have that pinch of salt at the ready!!