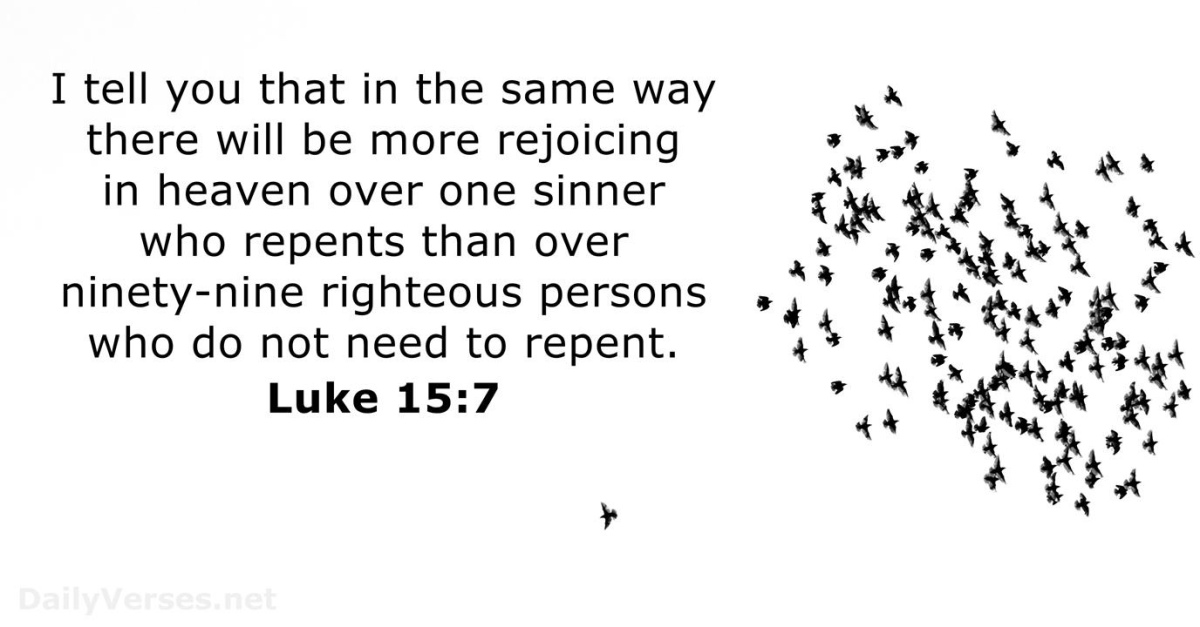 This Sunday the lectionary offers a number of passages that focus on the inherent sinfulness of human behaviour, and the consequent response of God to such a situation. The prophet Jeremiah, centuries before Jesus, looks at what is taking place before him, and sees the earth as “waste and void”, the heavens with “no light”, the mountains and hills shaking, and the creatures deserting the land (Jer 4:23–26).

This cosmic catastrophe of environmental disruption undoes the work of the creator (as described in the priestly creation narrative of Gen 1:1–2:4a) and bears testimony to “the fierce anger of the Lord”. Because of this undoing of creation, the prophet laments, “the whole land shall be a desolation” (4:27). There is no forgiveness in sight, at least in this passage, for those who have caused this disaster.

The reason for this desolation is placed fairly and squarely at the feet of the people of Judah: “My people are foolish, they do not know me; they are stupid children, they have no understanding; they are skilled in doing evil, but do not know how to do good” (Jer 4:22). He reminds them of their sinfulness in later oracles. When the people say to you, “Why has the Lord pronounced all this great evil against us? What is our iniquity? What is the sin that we have committed against the Lord our God?”, the reply that Jeremiah offers is, “It is because your ancestors have forsaken me, says the Lord” (Jer 16:10).

The same formula recurs in 2 Chronicles, where it is applied to Jehoram, Ahaziah, Manasseh, Amon, Jehoiakim, Jehoiachin, and Zedekiah, as well as more generically to “our ancestors [who] have been unfaithful” (2 Chron 29:6).

And so, to the people who “are foolish, they do not know me; [who] are stupid children, they have no understanding; [who] are skilled in doing evil, but do not know how to do good” (Jer 4:22), Jeremiah declares, “the sin of Judah is written with an iron pen … with a diamond point it is engraved on the tablet of their hearts, and on the horns of their altars” (Jer 17:1). When a plot is mounted against him, Jeremiah pleads with God regarding the conspirators, “do not forgive their iniquity, do not blot out their sin from your sight; let them be tripped up before you; deal with them while you are angry” (Jer 18:23).

In articulating ideas both of a vengeful God, unwilling to forgive, and of a gracious God, forgiving sin, Jeremiah reflects perspectives articulated elsewhere in the scriptures. The Psalmist both prays for the destruction of sinners (Ps 104:34) and yearns for sinners to return to God (Ps 51:13) and be instructed in “the way” (Ps 25:8). Prophets announce that sinners will die (Amos 9:10; Isa 1:28), but also that God will forgive them (Ezek 16:63; Dan 9:19; Amos 7:2).

The sinfulness of humanity and the responsibility that the Lord God has to maintain covenant faithfulness with God’s people is a theme that recurs in other biblical books. It appears in the late first century letter to Timothy, in a formulaic way: “the saying is sure and worthy of full acceptance, that Christ Jesus came into the world to save sinners—of whom I am the foremost” (1 Tim 1:15). In this saying, the means of forgiveness is the coming of Jesus.

In the introduction to the sequence of five parables that Jesus tells in Luke’s orderly account (Luke 15:3–16:31), the same theme is sounded: “all the tax collectors and sinners were coming near to listen to him, and the Pharisees and the scribes were grumbling and saying, ‘This fellow welcomes sinners and eats with them’” (15:1). That introduction sets the scene for what follows.

In the first two of these parables, the punchline is about “the joy in heaven over one sinner who repents” (15:7, 10), while the third parable concerns a son who confesses to his father, “I have sinned against heaven and before you” (15:18, 21) and whose return is celebrated, for “he was dead and has come to life; he was lost and has been found” (Luke 15:24, 32).

In the fourth parable, a shrewd manager is commended for forgiving debts owed to his master (16:3–7); by contrast, in the fifth parable, the sinful life of “a rich man who was dressed in purple and fine linen and who feasted sumptuously every day” is condemned (16:19, 25). All have to do with sin and forgiveness; in the three “lost-and-found” parables found in Luke 15, the grace of the one who welcomes back the lost is highlighted.

Indeed, in the earliest layers of the Gospel traditions, Jesus is already brought into relationship with human sinfulness. In the Q tradition, the prayer of Jesus includes the petition, “forgive us our sins, as we forgive others …” (Luke 11:4; Matt 6:12). In the triple tradition, Jesus asserts that “the Son of Man has authority on earth to forgive sins” (Mark 2:10; Matt 9:5; Luke 5:23). Jesus articulates the rationale for his association with sinners in the saying, “those who are well have no need of a physician, but those who are sick; I have come to call not the righteous but sinners.” (Mark 2:15–17; Matt 9:10; Luke 5:31–32).

The fourth Gospel recounts stories of healings performed by Jesus, in which the relationship of sin and sickness is raised (John 5:14; 9:1–5, 34). In recalling the last meal of Jesus with his followers, Matthew’s account specifies that the wine in the cup is “my blood of the covenant, which is poured out for many for the forgiveness of sins” (Matt 26:28). What happens to Jesus in the following scenes is clearly understood to be the means by which sinfulness is dealt with. Interpreting the significance of Jesus in this light, Paul declares that “God proves his love for us in that while we still were sinners Christ died for us” (Rom 5:8).

The reality of sinful behaviours amongst human beings cannot be denied. Throughout history, people have always experienced the selfishness, greed, manipulation, abuse, and hatred manifested by others (as well, of course, as loving, selfless, caring, supportive and encouraging behaviours and ways of relating). That this sinfulness needs to be addressed and dealt with cannot be ignored.

That God, in Hebrew Scriptures, stands firm for justice and calls for covenant fidelity, is important. That Jesus, in turn, calls out unjust actions and invites sinful people to repent, is consistent with this earlier witness. As a society, we need to function in healthy ways that foster co-operation. Dealing with sin, which impedes this healthy functioning, is vitally important.