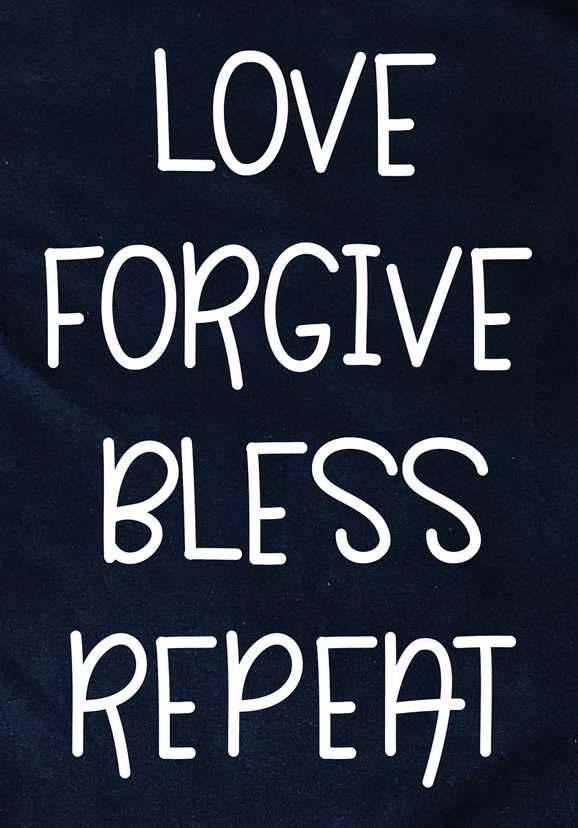 The lectionary Gospel for last Sunday and this coming Sunday provides a collection of a number of pithy teachings spoken by Jesus, which are collated as one continuous speech in Luke’s orderly account (Luke 6:20–49). It contains much material that is very similar to material found in a much longer another collection of teachings of Jesus that is reported in Matthew’s book of origins (Matt 5:1–7:29).

This section of Matthew is usually called the Sermon on the Mount, because that is the setting noted: “Jesus saw the crowds, he went up the mountain; and after he sat down, his disciples came to him. Then he began to speak, and taught them” (Matt 5:1–2). Interestingly, at the end of this section, the author concludes by noting that “when Jesus had finished saying these things, the crowds were astounded at his teaching” (7:28). What started as teaching given to the disciples ended as a speech delivered to the crowds.

In Luke’s account, by contrast, Jesus has been on the mountain the previous night, praying, and then identifying the twelve men who would form his inner group (Luke 6:12–16). Jesus then comes down the mountain and begins to teach: “he came down with them and stood on a level place, with a great crowd of his disciples and a great multitude of people from all Judea, Jerusalem, and the coast of Tyre and Sidon” (6:17). Thus, Luke’s report is often called the Sermon on the Plain. See

Despite the difference in setting, the two sections of Gospels seem to reflect the same set of teachings overall—although there is much more included in Matthew’s sermon, than in Luke’s. Matthew follows his version of the Beatitudes (5:1–12) with sayings about the “salt of the earth” and “light of the world” (5:13–16).

Matthew then has a distinctive section in which Jesus affirms every letter of the law and the prophets (5:17–20), followed by a set of Antitheses in which Jesus provides a sharpened and focussed interpretation of six laws (5:21–48). This section of his book of origins is critical,y important for depicting Jesus as a teacher in the tradition of Moses—indeed, as The Teacher of Torah, who takes all of the laws of Moses and interprets them in ways that sharpen their demands and intensify their focus. See

Then follows a section of teachings about prayer, fasting and almsgiving (6:1–18), not found in Luke; this includes the Lord’s Prayer (6:9–13), which Luke reports in a much shorter version, located a different place in his narrative (Luke 11:1–4). Once again, this section locates the teachings,of Jesus in the context of the Judaism of his time; see

Much of what follows in Matt 6:19—7:27 is also found in Luke’ orderly account; many parts in Luke 6:37­-49, but some sections in chapters 11, 12 and 13 of Luke. Perhaps these are typical teachings of Jesus, which are reported in different contexts and in different combinations, depending on the choice of the author of each Gospel?

We have explore the blessings—and woes—which Luke reports in the opening section of his sermon; see

What do you make of these three blessings and three woes? How do they guide you as you seek to live as a faithful disciple of Jesus? What blessing, or woe, is uppermost in your mind as you read these words?

In the Torah, God instructs the people of Israel to pray each day, to “love the Lord your God” (Deut 6:5). Jesus quotes this prayer, and adds beside a second injunction, from Lev 19:18, “you shall love your neighbour as yourself” (Mark 12:28–31). The author of the book of signs reworks this, to have Jesus narrow this command to the inner group “a new commandment: that you love one another” (John 13:34).

However, both Luke and Matthew report a different version of the love command, in which Jesus broadens the scope quite extensively: “love your enemies” (Luke 6:27; Matt 5:44). Luke follows this with further challenging instructions: “do good to those who hate, you, bless those who curse you, pray for those who abuse you” (Luke 6:27–28; cf. Matt 5:44).

How do you respond to these instructions of Jesus? Are these meant to be implemented in our lives? or are they hopes expressing what life will be like ‘in the kingdom of God’?

Some years ago (as a centenary recollection of the end of World War I), Elizabeth and I attended a conference on Peacemaking. One of the speakers we heard talked about the place of forgiveness in the process of making peace: “Forgiveness is important, but can’t be imposed. Forgiveness begins with Repentance, and won’t be realised unless that is genuinely offered.” See https://johntsquires.com/2018/11/11/blessed-are-the-peacemakers/

Jesus knew the importance of forgiveness. He instructs his followers to pray, “forgive us our sins, as we forgive those who sin against us” (Luke 11:4). Once he tells his followers to forgive someone who sins against them (Luke 17:3–4).

In another version of this teaching, he intensifies it by ramping it up to “not seven times, but seventy-seven times” (Matt 18:22), telling a parable of judgement about an unforgiving servant (Matt 18:23–35). One of his final words to his followers when he appears to them (in the book of signs) is, “if you forgive the sins of any, they are forgiven; if you retain the sins of any, they are retained” (John 20:23).

How easy do you find it, to forgive someone who has wronged you? What happens inside you if you can’t forgive someone? What do we hope to happen, for us, and for others, as we pray the line about forgiveness in the Lord’s Prayer?

What follows from the teachings about loving enemies and being merciful in Luke’s version of the sermon are closing paragraphs about not judging others (6:37–42), including the well-known saying about the speck in another’s eye and the log in one’s own eye ( 6:41-42), a reference to bearing good fruit (6:43–44), producing treasure from one’s heart (6:45), and not obeying these teachings (6:46). The last saying leads into the closing story, of the house built on rock and the house built “without a foundation” (6:47–49).

These sayings don’t appear in the lectionary this year; they only occur when Easter is late, and thus Epiphany is longer, providing an eighth Sunday in Epiphany. (Likewise, the important story of the healing of the centurion’s son in Luke 7:1–10 occurs only when there is a ninth Sunday in Epiphany 😢)

These sayings all appear in Matthew’s version of the story, told with some variations: do not judge (7:1–5); produce good fruit (7:16–20); and obey the teaching of Jesus (7:21, 24–27). The two sermons run parallel for quite some time with these common sections,

Found only in Matthew, and nowhere in Luke, are sayings about throwing pearls before swine (7:6) and about false prophets in sheep’s clothing (7:15–16). Clearly, virtually the whole of the content of chapters 6 and 7 of Matthew’s Sermon on the Mount was known to Luke, but if he chose to distribute a number of the sayings in these chapters to other places in his orderly account.

Did Luke have access to Matthew’s construction of the sermon, and choose to remove various elements to other places in his story? Or did Matthew and Luke both have access to a common source (the hypothetical sayings-source, Q), which they each used in independent ways? Although, if the latter, perhaps the teachings already collated by Luke and Mark in the same order existed like that in this earlier oral (or perhaps written) source?

My own preference is for the latter option. I don’t think it is reasonable to hypothesise that Luke might have had access to Matthew’s sermon, and chose to shorten it and disburse various elements elsewhere in his orderly account. I do think it reasonable to hypothesise that the Q material is the most likely source (and that it existed, by analogy with the Gospel of Thomas, which we do have, and which simply contains a collection of 114 sayings of Jesus, with no evident linking between sections).

All of which means that I accept the proposal that much of Jesus’ teaching was remembered, and passed down, as independent oral accounts, which were collated in various ways by various authors at various points in time in different locations. And so, how Luke presents this sermon on the plain is deliberate and consistent with his overall theology.