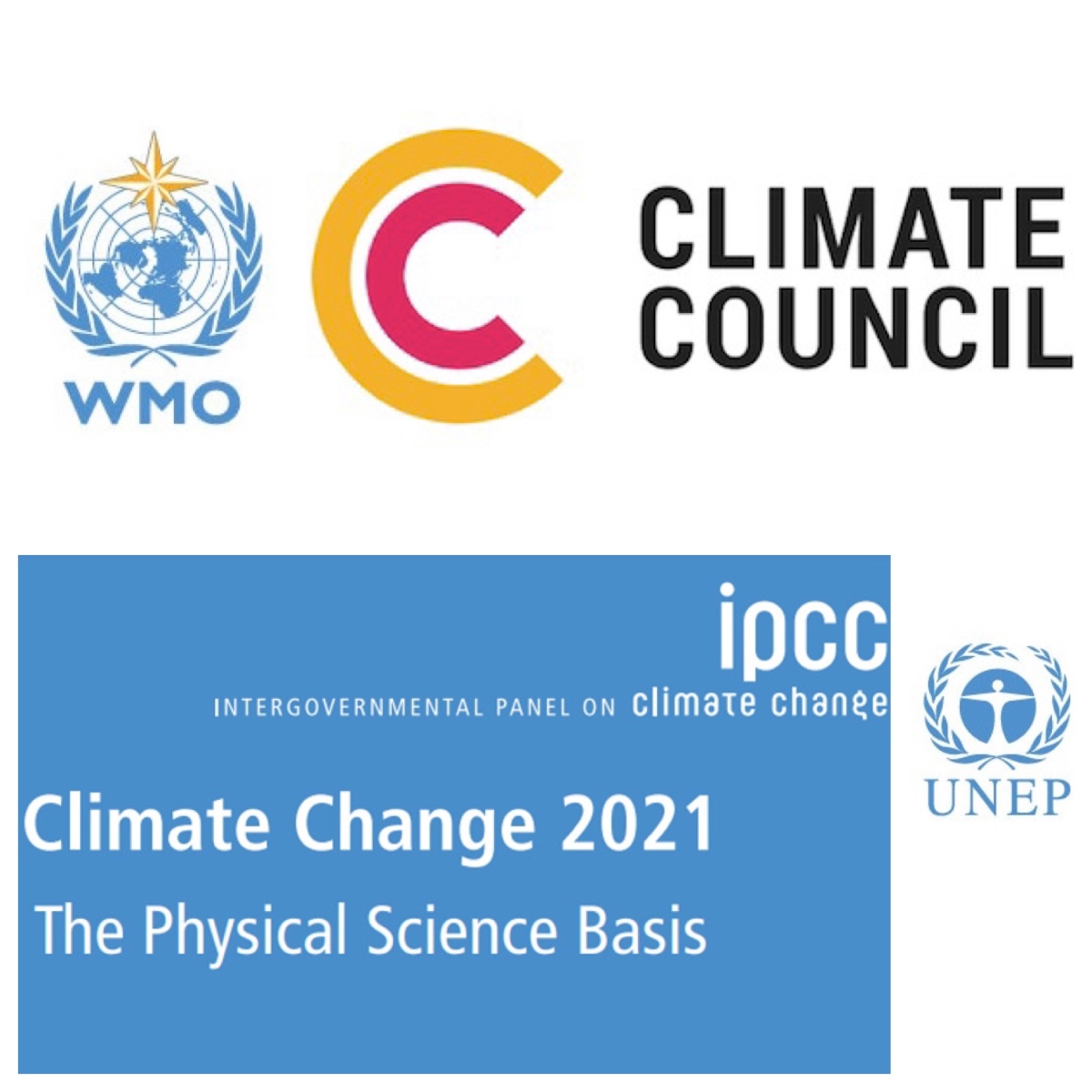 For some years now, Elizabeth and I have been supporting the Climate Council. It used to be an independent Commission which was funded by the federal government—set up to study the impacts of climate change, and to give expert advice to the Australian public on climate change.

But then, Tony Abbott happened. One of its first orders of business by the incoming Abbott government was to abolish the country’s Climate Commission. Soon after that, the body was independently relaunched as the Climate Council, with the same commissioners that the Commission had, with the head of the Council being Tim Flannery.

So the Climate Council has continued, operating on the basis of financial support from sympathetic individuals and organisations. And they have produced regular reports on a range of climate-related issues. You can see the most recent reports at https://www.climatecouncil.org.au/news/

In its most recent email, the Climate Council has written: “The Intergovernmental Panel on Climate Change (IPCC) has now released the first instalment of its landmark Sixth Assessment Report. This is the most comprehensive and authoritative overview of the physical science of climate change to date.”

They go on to note that “the threat now facing all of humanity due to inaction on climate change is more serious than ever, and every day of further delay puts us more at risk”. They note that the findings of this report will be confronting for many people. They also press the point that “strong action today will make a profound difference to communities and ecosystems worldwide, both in our lifetimes and well into the future”.

The Climate Council summarises the four key findings of the IPCC report under four headings:

The scale and pace at which humans are altering the climate system has almost no precedent. Human influence has warmed the climate at a rate that is unprecedented in at least the last two thousand years.

Climate change and its impacts are accelerating, and more impacts are on the way. Lack of action, despite decades of warnings, means we are now seeing these alarming changes unfold at a faster and faster rate. In other words, our climate is not merely changing, the rate of change is now accelerating.

Every fraction of a degree matters. Every additional increment of warming means more extreme weather, including increases in the intensity and frequency of heatwaves, damaging rainfall, and droughts.

Responding to climate change means doing everything possible to reduce emissions, while also adapting to the impacts that can no longer be avoided. Past inaction means that more impacts from climate change are on the way but the right choices made today will be measured in lives, livelihoods, species and ecosystems saved.

What does the IPCC’s latest report mean?

The need for action is clear: advocacy of government, lobbying of companies, protests in public, letter writing by individuals—as well as reviewing our own lifestyles, encouraging friends and family to adjust their lifestyles, and pressing the companies from whom we buy products to ensure that they are operating in sustainable ways.

In Australia, since the commencement of a federal government comprising members of the Liberal and National parties, our environmental policies have been hamstrung by the grip of reactionary conservatives renegades within these parties. Our commitment to environmental responsibility has gone backwards. Our situation is shameful. The need for action cannot be any clearer.

In this context, the Climate Council has joined with 55 organisations across the Australian climate movement, representing millions of Australians, in calling on the Federal Government to cut emissions by 75% by 2030, and reach net zero by 2035. “Now, more than ever, we need to demonstrate the sheer number of Australians that want to see strengthened emissions reduction targets”, they say.

You can support this call to our federal government—“We need to adopt a science-backed target of at least 75% emissions reduction below 2005 levels, by 2030”—by clicking on https://www.climatecouncil.org.au/actions/petition-cut-emissions-75/ and signing the petition. It’s the least you can do.