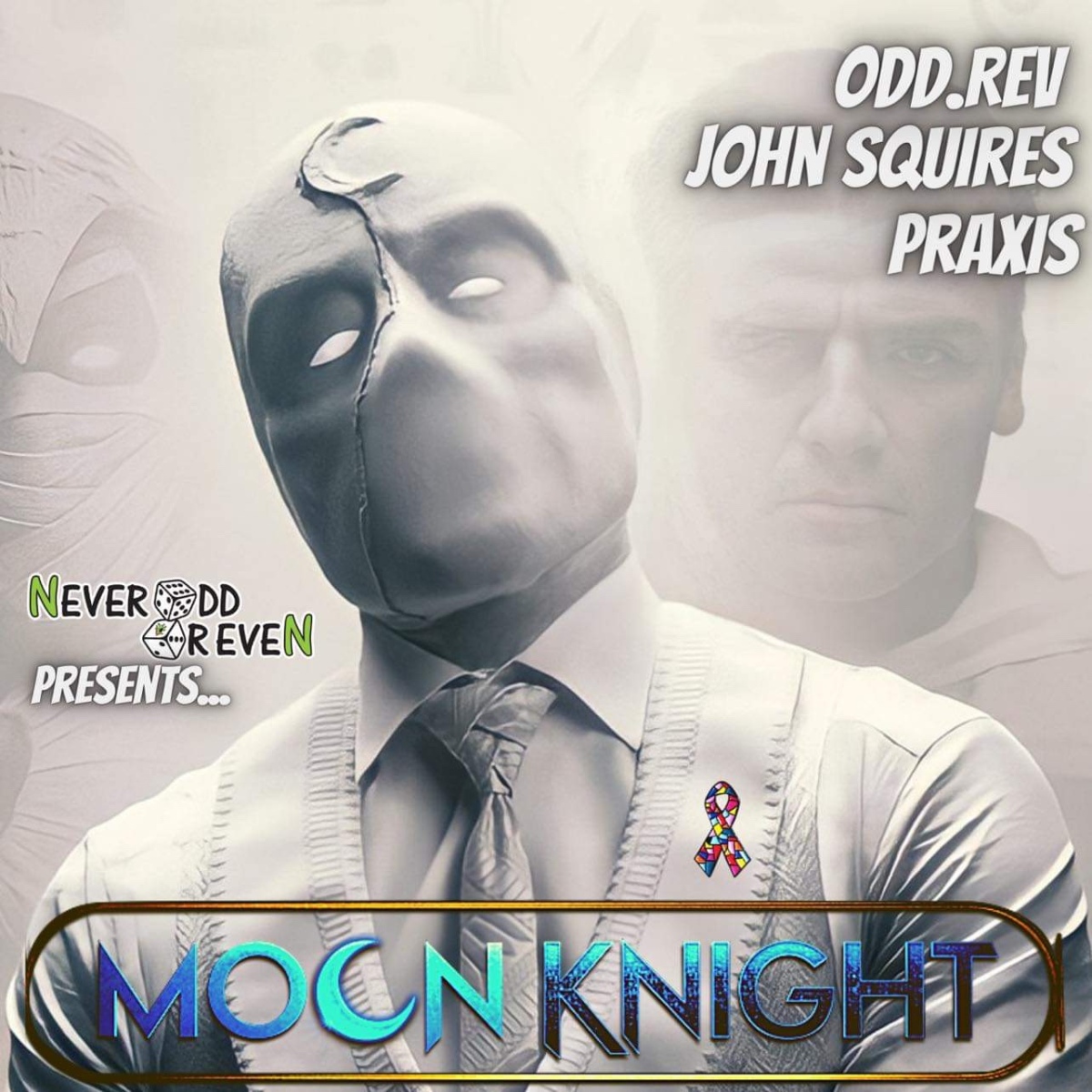 I have recently blogged about a most interesting series of conversations that I have participated in. I’ve been one of three members of the “Moon Knight Panel”, discussing the six episodes of this show, Moon Knight, which was released earlier this year on Disney Plus. The three of us—Will in Melbourne, Praxis in Hobart, and myself in Canberra—have recorded a series of seven podcasts that explore the issues that arise in each of the six episodes of Moon Knight. (Seven podcasts for six episodes, as the first podcast is an introduction to the panel members.) See https://open.spotify.com/episode/6acg2hENWopVtWundPpMbM?si=sLPWrMtUQVuLj2VC4M2HlA

In that blog, I noted that it was not only the opportunity to discuss the condition of DID with others, through the medium of commentary on the Moon Knight series, that was what I appreciated about this recent experience. It was also the opportunity to talk at depth about the place of fantasy in our lives, and to explore matters of theology and mythology, the relationship of the divine to humanity, that was valuable.

Integral to the storyline of Moon Knight is the interplay between the divine realm—here expressed through the gods and goddesses of ancient Egypt—and the humans in the story. Indeed, Marc Spector is engaged as the avatar for the Egyptian moon god Konshu. Whilst “avatar” is in popular use as the electronic representation of a person in online games, in the Hindu religion it is used to refer to an incarnation, or manifestation in human form, of one of the deities. That’s how it should be understood in Moon Knight.

In this series, as Spector is the human manifestation of the divine Konshu, the moon god, he is known as Moon Knight. His wife, Layla, becomes the avatar of the goddess Tawaret, the goddess of childbirth and fertility, and thus also of determining the onward progression of souls in the afterlife. Tawaret appears to perform this function in episode 5, when she takes the hearts of both Marc and Steven and weighs them to see if they are “in balance”.

Some scenes are set in the “council of the gods”, where the deities debate the actions of avatars and discuss what needs to happen amongst human beings. In theory, the human characters in the story have no choice but to implement the will of their god or goddess; in Moon Knight, the relationship is portrayed in a more complex manner. These scenes provide dramatic tension; the out working of “the will of the gods” amongst humans provides action drama, with some great special effects amongst the conflict and violence that ensues.

National Geographic was apparently consulted with regard to the Egyptian gods and goddesses, and the mythology that has developed around them, as they appear in the Moon Knight series; see https://www.ign.com/videos/marvel-studios-moon-knight-world-builders-featurette

The relationship of the gods to human beings is heightened by the work of the avatar of the goddess Ammit, whose role is to execute justice by examining the souls of people and assessing whether they are good or evil. Those who are evil are instantly put to death, to avoid them carrying out any future unjust actions.

That, in itself, raises some central ethical concerns; is it in any way right to take a person’s life on the basis of what evil it is believed that person will commit? On the other hand, if you have the power to know how a person is going to harm others, do you not have a duty to interfere with their capacity to do so, to prevent that harm being inflicted on other people? A difficult cluster of dilemmas, indeed.

The avatar of Ammit is Arthur Harrow, who behaves very much like a cult leader; in later scenes, however, he appears as Dr Harrow, the psychiatrist who is working with Marc Spector in a mental hospital to help him come to grips with his dissociative identity disorder. Now that’s an intriguing plot twist!

Since Will and I (two of the three-member panel) are both Uniting Church Ministers, the discussion in our podcasts inevitably canvasses the notion of divine judgement, as well as the relationship between humans and the divine, that we both experience in our lives and know about from our reading in Christian (and Jewish) theological traditions. Moon Knight invites its audience to explore how fantasy—storytelling, spinning a yarn, depicting a dramatic plot—helps them to explore the complexities of the human—divine relationship.

This bears many similarities with the way that Christian scriptures employ mythology—storytelling, narrating ancient sagas, recounting dramatic encounters and events—to convey attitudes of faith. Scripture, in my view, is not propositional or mechanical, conveying truth in a direct way through dogma or assertion. Rather, Scripture is a collation of stories which convey truths indirectly, through the art and creativity of myths. So there are many resonances between “interpreting the Bible” and “understanding Moon Knight”!

Connected with this understanding of the nature of much of the Bible is the observation that DID itself is a “fantasy-like” way of dealing with trauma and the associated difficulties. The identities that are formed by dissociation from “the self” in DID are the result of the mind of the person, playing at the edges of reality, creating characters—who then, often take on a life of their own and become a “reality” within “the system” of the host person.

So the Bible, Marvel superheroes, Egyptian mythology, and Dissociative Identity Disorder form a neat cluster of areas in which fantasy, mythology, creativity, and story-telling combine, leaving us with the fundamental existential question in itself: what is real? what is unreal? and how do we make the distinction? Or, even: should we make such a distinction?

The link to the podcast on Episode Two is at https://open.spotify.com/episode/6acg2hENWopVtWundPpMbM?si=sLPWrMtUQVuLj2VC4M2HlA

For Episode One, see https://open.spotify.com/episode/6acg2hENWopVtWundPpMbM?si=sLPWrMtUQVuLj2VC4M2HlA

For an introduction to the Moon Knight Panel, see https://open.spotify.com/episode/5feSJb2qyVAhzBEfoeHj1x?si=29983b58d694477d

I invite you to have a listen and explore these fascinating (and challenging) issues.

Good information about DID can be found at https://www.sane.org/information-and-resources/facts-and-guides/dissociative-identity-disorder