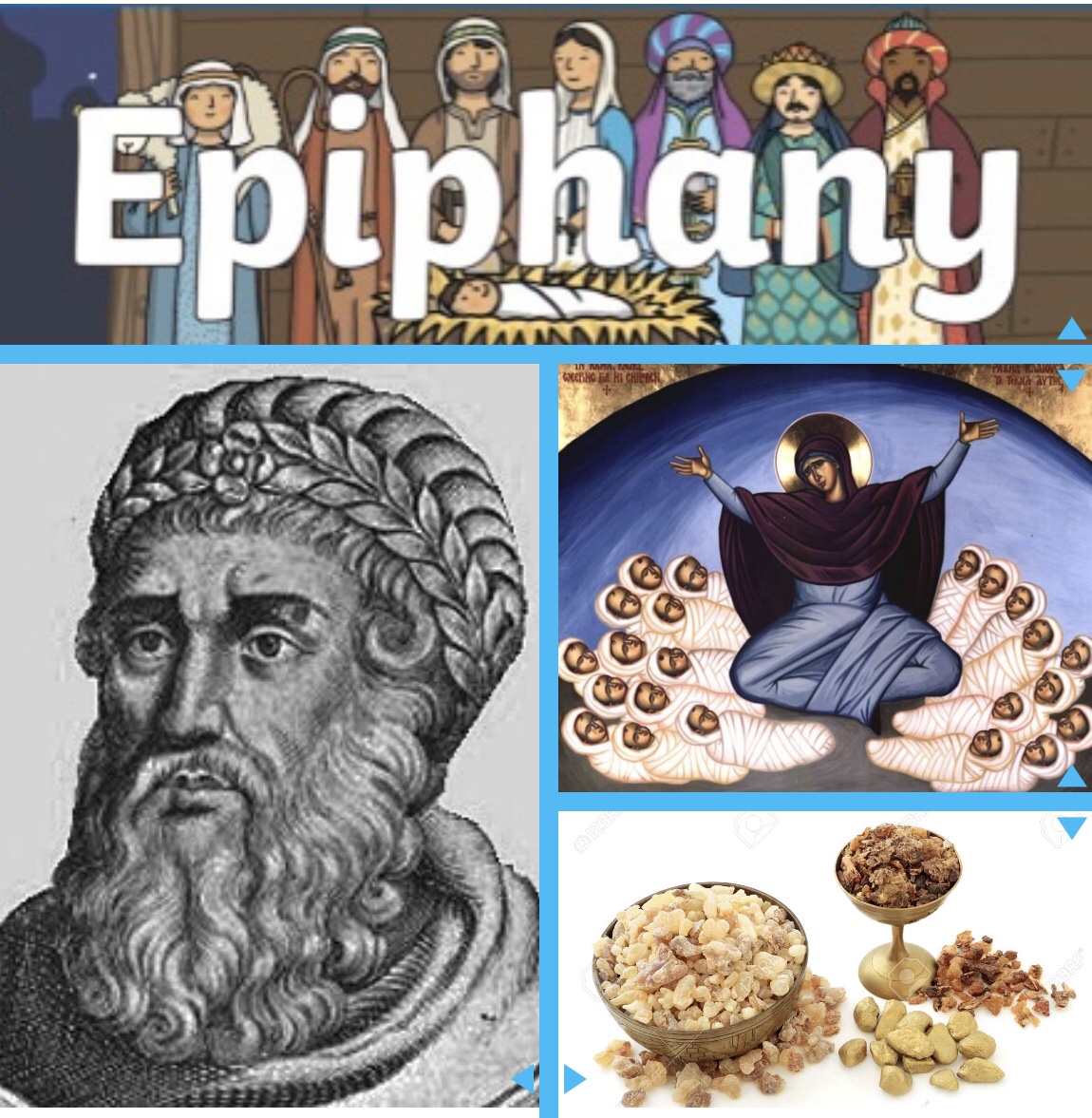 At the end of the twelve days of Christmas — running from 25 December to 5 January — stands the day known as Epiphany. That’s from a Greek word which means “the revealing” or “the shining forth”.

On this day, we focus our thinking on that part of the Christmas story which was told by Matthew, in his Gospel, about the moment of epiphany, or revealing, of the infant Jesus, to the whole world, represented in Matthew’s story by travellers who had journeyed from afar to see him (Matt 2:1-12).

Here, we encounter an infant (not necessarily a newborn) with his mother and father, some travellers from the East (no mention of how many, actually), the gifts which they bring to the infant (specified as three in number), and the bright star in the sky which, it is said, guided them to the child with his parents. And the notion that this was history — real, accurate history — is alive and well as people sing of these characters.

Indeed, what we understand as “history”, today, varies quite significantly from the way that “historia” was understood by Josephus (who did write historical works about the Jews) or by Lucian (who wrote a whole treatise on the nature of “historia”), or even Luke or Matthew, for that matter.

As Luke begins his work, he says quite clearly that he is providing an account (“diegesis”) of “the things that have come to fulfillment amongst us”, written to supplement what Theophilus had already been instructed (“katechesis”). This is history in first century terms, but not quite history as we know it today.

And Matthew offers us a book of the origins (“genesis”) of Jesus, outlining the scope of his teachings and narrating the key moments in his life. But this work is written from faith for faith; not to document events or substantiate historical occurrences. Matthew crafts a story from Jewish midrashic techniques of story-telling that link story with text in all manner of creative ways. His purpose is more to explain the significance of Jesus and his teachings than it is simply to state what Jesus did or said.

In particular, in the opening chapters (where we encounter the pregnant Mary, the newborn infant Jesus, his father Joseph, a bright star in the sky, visitors from the east, the tyrannical rule of Herod, and slaughtered infant boys), Matthew is working hard to place Jesus alongside the great prophet of Israel, Moses. The early years of Jesus unfold in striking parallel to the early years of Moses. The parallel patterns are striking.

Both Matthew and Luke produce works which are a far cry from the craft of the modern day historian. History is far from their minds, at least as we know it in the modern conception of “history”.

As we head into Epiphany, we need to ponder the story for what it is. It is a tale told with creative power, a story that locates plausible characters within an inviting storyline, in order to point to some deep aspects of our human existence. There is the mystery of exploration, a journey to a destination far off, respectful encounter with foreigners, as well as the fear induced by tyrannical rule, and the hurried journey away from repression, seeking the safety of refuge in an unknown, but hopefully welcoming, distant place. All of these elements are realities in our life today. The story from long ago is a story for us, today.

As we sing songs of this story, let us not reify the story (that is, turn the narrative into “a thing”, like history) … let us not collapse the story into a surface “real history”, but let us allow the story to speak in a deep way of who we are as humans, and of the reality of our lives today. That is how the story functions, as myth. (Not in the sense of myth being “not true”, but rather, in the sense of myth plumbing the depths of human existence.)

Myths are the stories we tell that convey deep-seated and fundamental insights about life. Whether they “actually happened” is not the point. More fundamental is that they help us to make sense of our lives. They draw us out of the mundane routines of daily life and offer us glimpses of a greater picture. May that be what happens for us as we hear the story of the magi, this Epiphany.