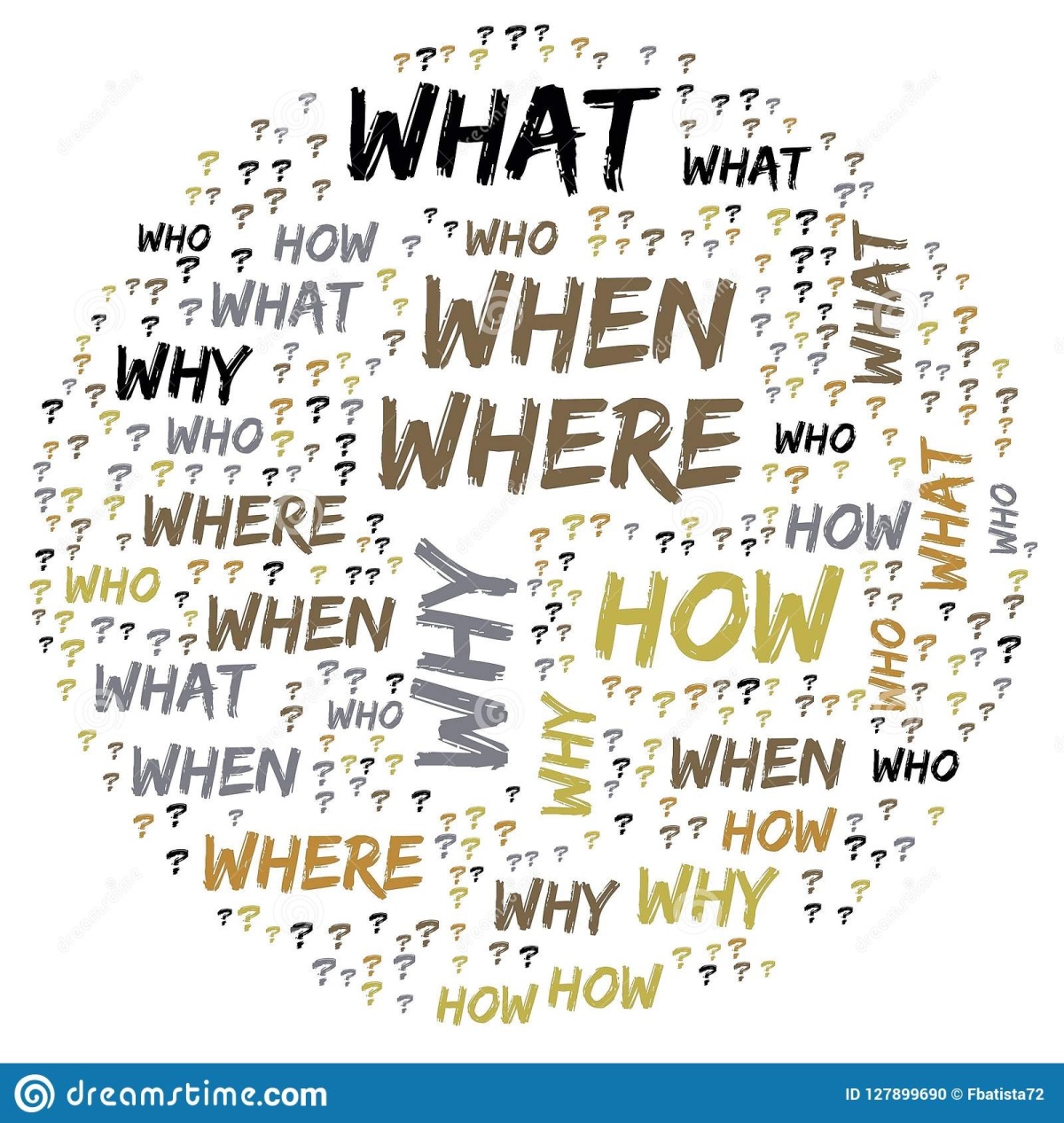 1 Who was the first person to be told the news about the coming of the child Jesus? And where were they?

Was it Joseph? Or Mary? And were they in Nazareth? Or in Bethlehem?

According to Luke, it was in Nazareth, in the northern region of Galilee, that an angel named Gabriel appeared to Mary, to inform her that she would bear a child (Luke 1:26). That is different from the story told in Matthew’s Gospel, where an unnamed angel delivers the same message, not to Mary, but to Joseph, to whom she was engaged (Matt 1:18).

The location of the announcement in Matthew’s account is not specified, but it is reasonable to assume from the flow of the narrative that this took place in the southern region of Judah, in Bethlehem (Matt 2:1, 6). Matthew, having located the family initially in the southern city from the beginning, has no need of the story of a census and a forced trip from Nazareth to Galilee (Luke 2:1-4). The family is already in Bethlehem, another small village, but in the south, in Judea.

So we have two versions, with significant differences.

2 Were Joseph and Mary travelling while she was heavily pregnant?

The story told by Luke reports a widespread movement of the population that meant a pregnant Mary from Nazareth, accompanied by Joseph, had to travel afar and find lodging in the crowded town of Bethlehem just at the most inconvenient time—because “a decree went out from Emperor Augustus that all the world should be registered” (Luke 2:1).

There are historical problems with this story. Identifying the census as an actual historical event, and locating it accurately in time, both present challenges. There is no other record of such a Roman census at that time. King Herod, noted as ruling at Luke 1:5, and also at Matt 2:1, died in 4BCE, but Quirinius, who ordered the census noted in Luke’s account, began as Governor in 6 CE.

Even though the combined story has entered the popular mindset as a real event and provides a clear and compelling picture of the holy family as travelling far when Mary was at term, because of decisions made by political authorities, whether Herod or Quirinius, we can’t say that it actually took place. So the answer is, a very hesitant, maybe.

3 Was it actually a “silent night”?

No: it is not the case that “all was calm, all was bright”, that it was a “silent night”, that the cattle were gently lowing and “the little Lord Jesus … no crying did make”. Lots of travellers and inns that were full would surely mean the town was abuzz? This was no irenic scene, such as we see on Christmas cards and sing of in Christmas carols.

Mary giving birth would surely have meant that it was not, in fact, a silent night. Labour without any modern medication would have been primal and harsh. The arrival of the child was surely signalled by that first hearty cry of a newborn, piercing the other sounds of the noisy night.

Although the Bible is silent on the matter, the Quran reports of Maryam (Mary), “The labor-pains came upon her, by the trunk of a palm-tree. She said, ‘I wish I had died before this, and been completely forgotten’” (19:23). The Bible does not mention any labour pains or any physical pain in the birth narratives. But let us not think that it was a silent night—in all probability, it was very noisy!

4 Was Jesus born in Bethlehem?

Matthew and Luke claim that Jesus was born in Bethlehem, in Judaea. No other biblical reference agrees with this, however. In fact, in his adult life, Jesus was known as “Jesus of Nazareth”, a town in Galilee (Matt 21:11; Mark 14:67; Luke 24:19; John 1:46; Acts 2:22). He is identified as a Galilean (Matt 26:69; Luke 23:5–7). There is no mention of his birth in Bethlehem outside the accounts of Matthew and Luke. His home is in Nazareth, and he spends almost all of his life in Galilee. The answer to this question is No.

So why do two writers claim that he is a Judean? One clue can be found in John 7:40–43, which indicates that Jewish people expected the Messiah to be born in Bethlehem, of the line of David. This view is based on the prophetic word of Micah 5:2, “from you, O Bethlehem Ephrathah, shall come forth one who is to be ruler in Israel”. This is precisely the way Matthew and Luke tell it. Jesus is born in Bethlehem. However, no other biblical writers know anything of this story.

It appears that Matthew and Luke have shaped their versions of Jesus’ birth so that it accords with traditional Jewish expectations. They do not recount precise historical information. Rather, they tell a story in such a way that it implicitly meets expectations about Jesus. And so, because he allegedly comes from Bethlehem in Judea, they can claim that he is the Messiah.

Throughout the year that is now drawing to a close, the Canberra Region Presbytery Co-Chairs and Presbytery Ministers have joined with leaders from Synod and the 12 other Presbyteries in our Synod, for a regular monthly online meeting.

These monthly meetings have been held since early in 2021 (in 2020, we were meeting weekly, then fortnightly, to deal with the unprecedented stress of COVID-19 and the restrictions that were brought in). These meetings have been invaluable for maintaining contact and support across the leadership of all Presbyteries during the challenging times of the COVID-19 pandemic.

Here’s what we shared.

Some things we celebrated: We celebrated milestones in the lives of a number of Congregations: Goulburn 150 years, Weston Creek 50 years, Kippax 50 years, and Gungahlin 25 years; and we celebrated the establishment of two new congregations, Parkesbourne—Merrilla, and Woden Valley.

We celebrated the fact that Presbytery is drawing alongside Rise Ministries to support a fresh expression of church in a disused church building at St Aidan’s Narrabundah (now called Rise Sanctuary)
In other words, we celebrated faithful worship, witness and service in a number of locations, each quite different, across the Presbytery.

Some things we learned: We had two online presbytery meetings that were theme-focussed—one on advocacy, one on chaplaincy—and one in-person meeting with consideration of mission. These meetings provided stimulus and resourced the thinking of Presbytery members, and we hope that this will flow on into the discipleship of individuals and the mission of Congregations.

We also learned about ways we included folk who are spread over a wide distance in ministry training, Code of Ethics and Code of Conduct workshops, Sacraments Refresher sessions, Bible studies, Presbytery meetings, and other sessions, via ZOOM. The changed circumstances with restrictions on moving around or even gathering have opened up such opportunities, making these offerings more accessible across a wider audience.

Some things we are hopeful for in 2022: We are hopeful about the mission planning process for the Presbytery that will take place in 2022. We are also hopeful about what might emerge as we develop our work on how we use property to resource mission.

We are hopeful for growing interconnection, mutual support, sharing of resources and talents. We are hopeful for the future because of a more educated laity taking on leadership and seeing new ways of doing and being. We also sense that there is a changing feeling about letting go; more of us are willing to let go and embrace change in what is coming in the future.

We are thankful that through the concerns and challenges of 2021, we have seen the continuing faithfulness and grace of God amongst us. We are thankful for all those in ministry and congregations who have expressed their discipleship in acts of encouragement, kindness, generosity and care for others.

As we move into the time of the year when things become hectic, pressures rise, and events multiply (as they do each and every year—not just during COVID!), may we know the abiding presence of the Spirit, the peace of the one whom God sent to proclaim peace, and the joy of the news that God is active and at work in our world!